Addressing them ahead of Parliament's Budget session starting on Monday, Modi urged all political parties to work cohesively with the government for the smooth functioning of the House. 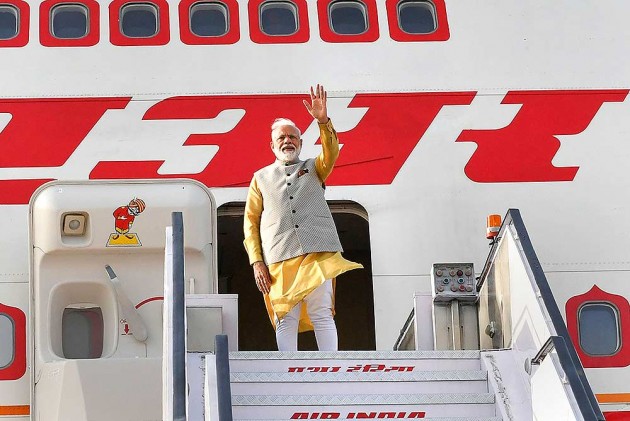 Prime Minister Narendra Modi on Sunday told floor leaders of different political parties in the Parliament to keep political differences aside and not disrupt the functioning of the two Houses.

Addressing them ahead of Parliament's Budget session starting on Monday, Modi urged all political parties to work cohesively with the government for the smooth functioning of the House.

The Prime Minister welcomed the newly-elected MPs and expressed hope that fresh zeal and energy would be infused in the functioning of the Parliament.

Modi urged all leaders to introspect whether MPs were able to fulfil people's aspirations as their representatives.

"We are for people... We cannot win hearts by disrupting the functioning of the Parliament. All parties must keep political differences aside and commit themselves to tirelessly work in the direction of a nation's progress."

The Prime Minister said the government was always receptive to the issues raised by the political parties and was ready to discuss all matters of national importance on the floor of both the Houses.

Parliamentary Affairs Minister Pralhad Joshi said that there was consensus across party lines to ensure smooth functioning of Parliament sans disruptions and deadlocks.

Joshi said Modi had invited Presidents of all political parties with representation in Parliament on June 19 and MPs from both the Houses on June 20 to freely interact and exchange views with the government.

"This novel initiative would go a long way in building team spirit among all the parliamentarians which in turn would ensure smooth functioning of the Parliament in future," Joshi said.

In the Budget session, the Lok Sabha and the Rajya Sabha would have 30 and 27 sittings respectively between June 17 and July 26.

The coming session will mainly be devoted to oath-taking, the election of the Speaker, motion of thanks on the President's address and financial business relating to the Union Budget for 2019-20.

Time will also be provided for the transaction of essential legislative and non-legislative business.

The resolution seeking an extension of Article 356 in Jammu and Kashmir also needs to be approved by both the Houses by July 2.

The Economic Survey of India will be presented in Parliament on July 4 and the Union Budget for 2019-20 in the Lok Sabha at 11 a.m. on July 5.

Ten ordinances have been promulgated during the inter-session period which are to be replaced by Acts of Parliament as they shall cease to operate at the expiration of six weeks from the reassembly of Parliament by August 1.

Of the 46 Bills lapsed on the dissolution of the 16th Lok Sabha, some are likely to be revived and brought before Parliament.

While the government put forth its legislative agenda, the opposition parties met and raised other issues, including problems related to farmers and water availability.

After the meeting, senior Congress leader Ghulam Nabi Azad said the party told the government to focus on issues related to farmers, drought and water availability and take immediate steps to control unemployment which had increased in the last five years.

"This is a war of ideology and it will continue. Congress will work for the people, whether it remains in government or not."

Condemning the government's steps to create pressure on media, Azad said they raised issues on "freedom of expression and speech".

"We also raised the issue that the opposition must be allowed to speak on the Bills in Parliament. We will allow the passing of those Bills which would benefit the people."

On behalf of the Trinamool Congress, Sudip Bandyopadhyay and Derek O'Brien raised the issues of electoral reforms, including state funding of elections and paper ballots, scrutiny of Bills, Women's Reservation Bill, federalism and ordinances.

Congress' Anand Sharma and Adhir Ranjan Chowdhury, Farooq Abdullah of the National Conference and Nationalist Congress Party leader Supriya Sule were among the other leaders who attended the meeting.