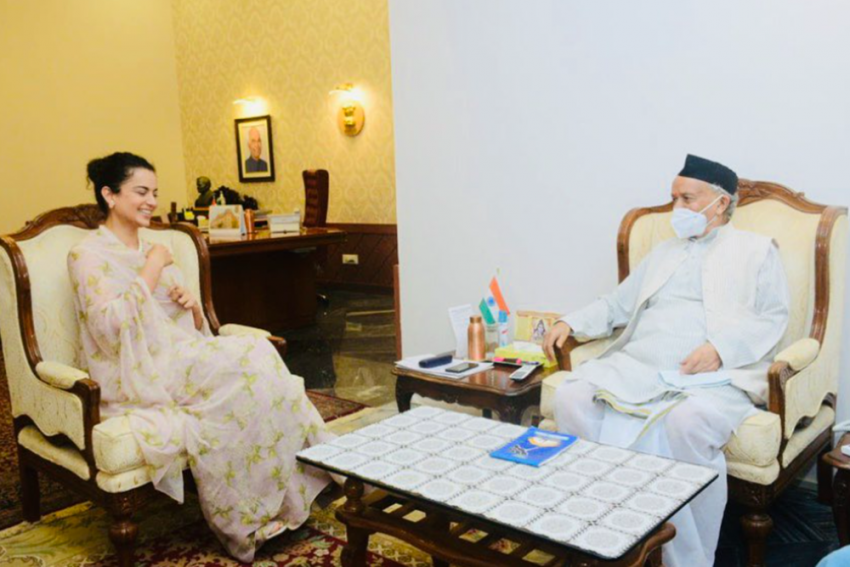 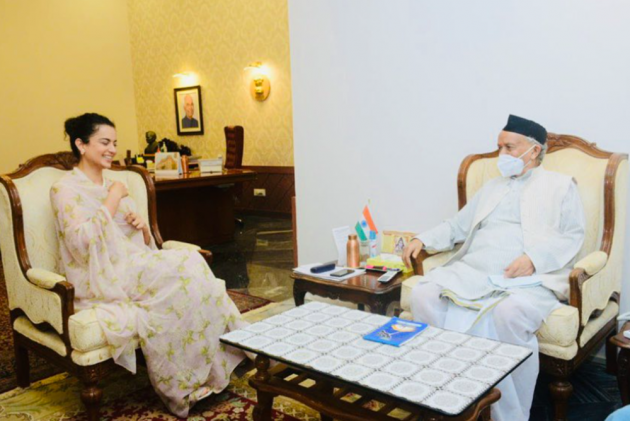 Bollywood actor Kangana Ranaut  who is locked in a bitter battle with the ruling Shiv Sena in Maharashtra, on Sunday met state Governor Bhagat Singh Koshyari here and told him about the "injustice" done to her.

Talking to reporters after the meeting that took place at the Raj Bhavan, the actor said, "I met the governor. He heard me as a daughter. I came to meet him as a citizen. I have nothing to do with politics."

"I told him about the injustice meted out to me and what happened was improper. It was indecent behaviour," she said.

A short while ago I met His Excellency the Governor of Maharashtra Shri Bhagat Singh Koshyari Ji. I explained my point of view to him and also requested that justice be given to me it will restore faith of common citizen and particularly daughters in the system. pic.twitter.com/oCNByhvNOT

The trouble between the Sena and Kangana started after the actor recently said she feared the Mumbai police more than the "movie mafia" and likened the Maharashtra capital to Pakistan-occupied Kashmir (PoK).

The 33-year-old actor, who returned to Mumbai on Wednesday from her home state Himachal Pradesh the same day as her house was partially demolished by the civic body, had alleged that the Maharashtra government was targeting her because of her clash with the Sena.

On Friday, the "Queen" actor had urged Congress president Sonia Gandhi to intervene and stop the "harassment of women". In a tweet, she had asked Gandhi if she was not anguished by the treatment given by the Maharashtra government, in which the Congress is also a part.