Lalan Singh's statement assumes significance in the backdrop of rumours of political instability in the state in view of alleged lack of compatibility between the two major NDA partners- BJP and JD(U). 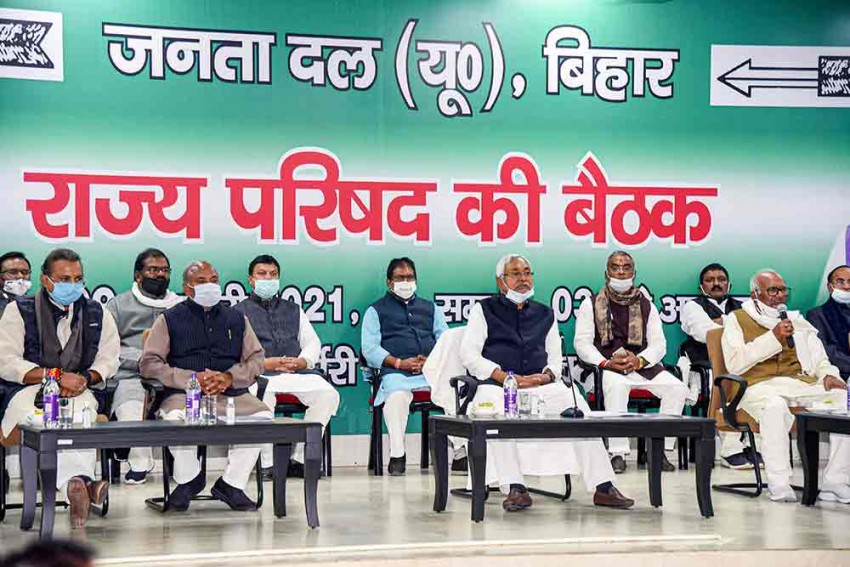 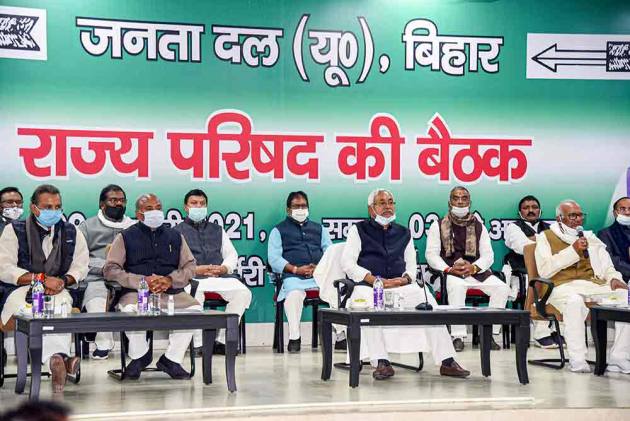 Putting an end to rumours of a rift between JD(U) and BJP and to subsequent rumours of quitting NDA in Bihar, the ruling Janata Dal (United) on Sunday made it clear that the party is firmly with the ruling coalition in the state.

Ever since en masse migration of the JD(U) MLAs in Arunachal Pradesh to the BJP, speculations are rife of "differences" cropping up between the two allies even in Bihar on several issues.

JD(U), one of the major constituents of Bihar NDA, is running a coalition government in the state with the help of BJP, Hindustani Awam Morcha (HAM) and Vikassheel Insaan Party (VIP).

"Speculations are doing the rounds in media circles with regard to our leader and Chief Minister Nitish Kumar. Some send him somewhere while others are sending him somewhere else.

"But, we would like to make it clear that our party (JD-U) is firmly aligned with the NDA," senior party leader and MP Rajiv Ranjan Singh alias Lalan Singh said.

Singh was talking to reporters at the party's state headquarters on decisions taken at the two-day meeting of its state executive and state council.

Singhs statement assumes significance in the backdrop of opposition leaders speaking of political instability in the state in view of alleged lack of compatibility between the two major NDA partners- BJP and JD(U).

Seeking to fish in troubled waters, the opposition RJD and the Congress have been talking of mass defection of the JD(U) MLAs and some of their leaders also suggesting Nitish Kumar to leave the saffron party once again like in 2015 and join them.

Kumar had himself while speaking at the state council meeting Saturday, asserted that his government would complete its five-year term, in an indirect rebuff to opposition leaders who have been speaking of political instability.

The JD(U) de facto leader, who relinquished the post of the partys national president earlier this month, had also urged his party workers to look at the future banishing memories of the recent assembly elections in which the party suffered humiliating losses.

Talking about partys other decisions and proposals that were passed at the state council meeting, Singh, who is JD(U) leader in Lok Sabha, said the party also discussed about strengthening its organisation.

"It was general opinion of the party members that though the partys strength has dwindled but not its mass base (janadhar). We are not discouraged by it (the poll outcome)... we will rather work hard to further strengthen our partys organisation and move ahead," Singh said.

Though JD(U)'s top leader Nitish Kumar is on the chief ministerial chair in Bihar, the party's strength went down to 43 in the recently concluded state polls as compared to 71 in 2015.

On the other hand BJP bagged 74 seats in the October-November elections and catapulted the NDA to power in the state.

It may be noted that President Ram Nath Kovind had on December 30, 2020, conferred 'Digital India Award 2020' for transferring financial assistance directly into the beneficiaries bank accounts during COVID-19 pandemic lockdown.

A resolution was passed at the meeting affirming that the party will unitedly work to implement the state governments 'Saat Nischay- Part II' (seven resolves-part 2) programme in order to make Bihar a strengthened, prosperous and self-reliant state, the JD(U) leader said.

Stating that the state government has started working on to provide 20 lakh jobs to youths of the state, Singh said that soon after the formation of Nitish Kumar government in the state, it gave its nod to create 20 lakh jobs in the very first meeting of the cabinet.

"The state government is working on it", he said while asserting that 20 lakh jobs will be created in times to come and 20 lakh youths will get jobs.

Employment was a major poll promises of main political parties in Bihar polls.

RJD leader Tejashwi Yadav's 10 lakh government jobs promise enthused youths during the polls. To counter this the BJP had promised the creation of 1.9 million job opportunities in the state.