In The Crime-Meets-Politics World, Shahabuddin Had Clout Like No Other Bahubali In Bihar 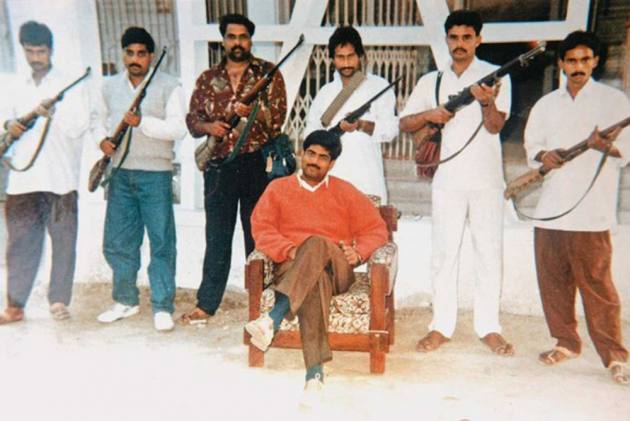 Mohammad Shahabuddin, who ruled Siwan with brute muscle power for years by heading a syndicate involved in crimes ranging from kidnapping and extortion to murder with impunity, died a lonely death on Saturday, a few days after contracting Covid-19 at Tihar jail in Delhi.

The 53-year-old don who wielded enormous clout during the 15-year-long reign of Lalu Prasad Yadav and Rabri Devi had been serving life sentences in different murder cases. With his demise, an inglorious chapter on the unholy nexus of crime and politics has come to an end. It is a setback to his political boss, Lalu who ironically has just come out of prison on bail in the fodder scam case after being discharged from AIIMS.

Sahab, as he was called by his supporters, ran his fiefdom in Siwan treating Bihar police with disdain in his heyday before the law caught up with him. The Nitish Kumar government came to power in 2005 and set up a speedy trial of all cases involving politicians with criminal antecedents like him, which not only resulted in his conviction in different cases but also led to his disqualification him from contesting elections.

From the 2009 Lok Sabha elections onwards, he fielded his wife Hena Shaha as his proxy on the RJD ticket from the Siwan seat many times but failed to secure her victory. Years of imprisonment had apparently diminished his power.

Sahabuddin will be remembered for his rise to power in politics despite having a criminal background. For years, he was known as the terror of Siwan where he was accused of running a parallel power centre by unleashing violence. In those days, he treated Bihar police with disdain and had no fears whatsoever to even take on the state DGP.

In March 2001, when the cops led by the then Siwan SP Bachchu Singh Meena went to Pratappur village in the district to nab him, a prolonged gun battle ensued that left ten people, including two policemen killed. The cops had raided him because he had earlier assaulted a local police officer. Though the police recovered a cache of arms including AK-47s from his village house during the raid, they failed to apprehend Shahabuddin, who later vowed to kill the SP “even if I have to chase him all the way to Rajasthan (the cop’s native state)”.

The clout of the MP, still in his thirties then, could be gauged from the fact that the erstwhile Rabri Devi government chose to transfer all the senior district officials, including Meena, only a day after the raid.

Five years earlier, Shahabuddin – who was then an RJD MLA from Ziradei constituency -- had dared to make a murderous attack on the then police superintendent, S.K. Singhal (now Bihar DGP), who was investigating a complaint against him during the 1996 parliamentary elections.

In 2003, the then DGP D P Ojha prepared a dossier on him giving details of his alleged links not only with a Kashmiri terror organisation but also with the ISI and Dawood Ibrahim. However, it put the top cop in direct confrontation with Lalu Prasad and, unsurprisingly, was shunted out of his post soon thereafter.

Shahabuddin, however, retained his clout within the RJD apparently not only because of his muscle power but also due to his perceived influence on a section of minority voters, especially youngsters, in and outside Siwan. The party leaders believed that he had played a key role in helping Lalu consolidate the RJD's Muslim-Yadav (MY) vote back over the years.

In the world of crime-meets-politics, he began his political career as an independent legislator in 1990 after gaining notoriety with a slew of criminal acts in the 1980s. He soon caught the eye of the then Chief minister Lalu Prasad Yadav, and was fielded as a ruling party candidate in the 1995 Assembly polls. From 1996 to 2004, he won four parliamentary elections on the trot. In spite of being named, at regular intervals, in several high-profile cases of extortion, kidnapping and killings, he ran a vast crime syndicate virtually at will like nobody else before him, with its network spread across several states and beyond. With a powerful don like him in the saddle, enjoying unrestricted access to the corridors of power back then, it was hardly surprising for Bihar to earn the dubious distinction of the veritable capital of gang lords.

Except for a brief period when he was released on bail in 2016, he languished in prison since 2005. In 2007, he was sentenced to life term for kidnapping and killing of Chhotelal Gupta, a CPI-ML worker, following an attack of the office of the Left party in Siwan in 1998. In 2015, he was awarded another life sentence for the brutal killing of two brothers, who were doused in acid before being gunned down. Another brother, who witnessed the gory crime before escaping from the scene, was shot dead too, in 2014, three days before he was to depose in the case. In between, he was given rigorous imprisonment for ten years in 2007 for a murderous attack on district police chief Singhal in 1996. A year later, a similar quantum of punishment was awarded to him for the seizure of sophisticated weapons, including Pakistan-made automatic rifles meant for use by the Army only, from his house in another raid in 2005.

The list of his convictions in such cases is long, many of which remain in the trial stage. His name also figured in the killing of former JNU Students Union president Chandrashekhar, who was gunned down in Siwan in the late 1990s and, more recently, in the killing of a local Hindi journalist Rajdev Ranjan.

Back in his own backyard, he also cultivated the image of a local Robin Hood by helping in the marriage and education of poor girls and boys. Hundreds of people lined up along the roads to welcome him back when he returned to his Pratappur village after 13 years in 2016. He also remained unfazed over his long-standing legal battle, dismissing all the criminal cases against him as part of a political conspiracy hatched by the Nitish government. He was also not bothered about his image of a don all through his life and never tried to refurbish it. “This is the image that people have accepted me for the past 26 years,” he once. “Why should I try to change it?”

But the story of Bihar’s ‘Godfather’ finally came to an abrupt end with his death due to Covid-19.