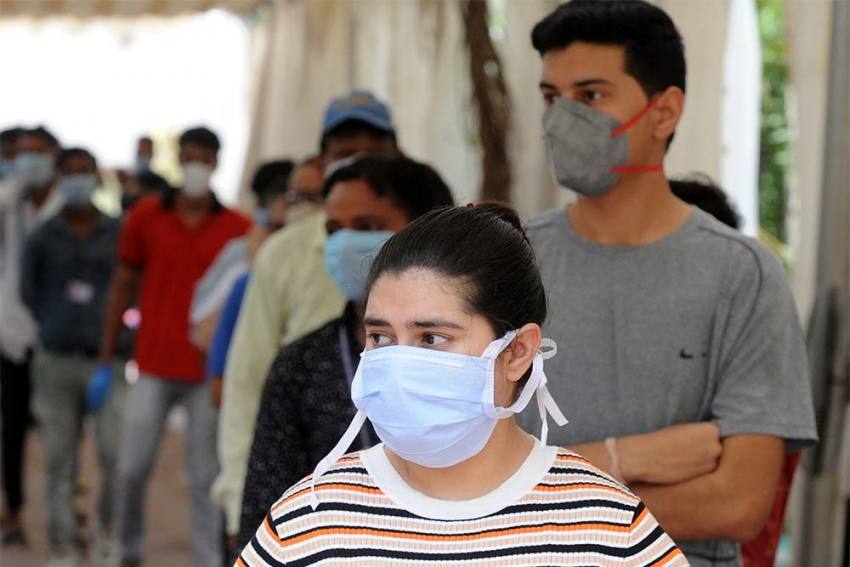 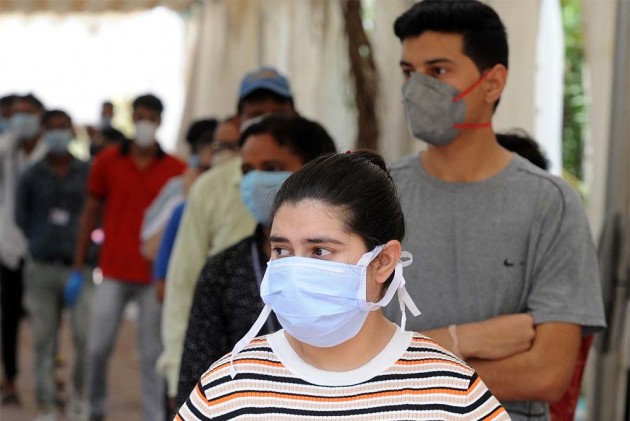 Delhi reported less than 1,000 new COVID-19 cases for the first time in seven weeks on Monday, as AIIMS Director Randeep Guleria said the national capital seems to have hit the peak but cautioned against any lowering of guard.

As COVID-19 numbers appeared to be declining steadily, the AAP jumped to credit the "Kejriwal model" for the success. The BJP, however, said the Centre brought the coronavirus situation under control after it had gone out of the Delhi government's hand.

Delhi recorded 954 cases on Monday, according to a health department bulletin.

The bulletin said the number of tests conducted too was the lowest in July.

Guleria said Delhi appears to have hit the peak but cautioned against any laxity.

"My feeling is that certain areas have hit their peak. Delhi seems to have done so because the cases have declined significantly. But certain areas are yet to reach their peak. Cases are increasing in certain states. They will reach the peak later," he said.

According to the bulletin, the death toll from the coronavirus infection in Delhi has risen to 3,663 with 35 fresh fatalities, and the total number of cases reached to 1,23,747.

The active cases have declined steadily over the last week, bringing the figure down to 15,166 -- the lowest in 44 days -- while the recovery rate touched nearly 85 per cent.

The number of containment zones in the city stands at 696.

The AAP was quick to laud its government for "successfully" fighting the pandemic.

Kejriwal led this battle from the front, Singh said, adding COVID warriors including doctors, nurses, sanitation workers and police officials were in this fight together.

Singh said the Centre needs to admit that community spread of the coronavirus is happening in the country and follow Delhi's lead in containing the virus by ramping up testing "on a large scale".

"The Centre...must replicate what the Delhi government did," Singh said at a press briefing.

Uttar Pradesh and Bihar are the biggest examples in this respect where testing is being carried out just in name only, Singh alleged.

Hitting back at Singh, Delhi BJP General-Secretary Rajesh Bhatia said the AAP is "running away" from its responsibilities.

"Now, they are saying there is community spread, if it is so what were they doing to stop it. The thing is COVID situation had gone out of Delhi government's hand and was brought under control by Union Home Minister Amit Shah," Bhatia said.

However, Singh said the Yogi Adityanath government in Uttar Pradesh was now following the "Kejriwal model" and implementing the home-isolation rule.

When the Aam Aadmi Party government of Delhi brought the home-isolation rule, the Centre opposed the idea and said every patient should be admitted to hospital.

"But today they are also following the home-isolation rule,” he said.

Meanwhile, Delhi Health Minister Satyendar Jain resumed work after recovering from COVID-19. The 55-year-old minister had been administered plasma therapy after which his condition improved. He was discharged from hospital on June 26.

In his absence, Deputy Chief Minister Manish Sisodia looked after the health and home departments and PWD.