Delhi Rains: Cop's Car Gets Swallowed By Pit As Road Collapses Under Him 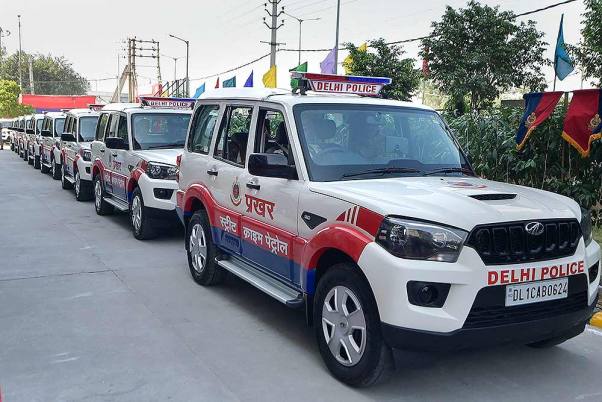 With heavy rains pounding the national capital region on Monday, several parts of Delhi and Grugram were left inundated, causing freak accidents. In one such incident, a policeman who was driving his car when it was engulfed by a pit after the road below him collapsed.

The incident occurred in the city's Dwarka area where a section of the road collapsed following overnight rain. The police officer in question, Constable Ashwani, managed to escape the car unscathed. The car, a white SUV which fell bonnet first into the sinkhole, was pulled out of the pit using a crane.

The incident is the second such instance of a car getting swallowed up by a sinkhole in India in this year. Last month, a car parked in a residential car park was swallowed whole by a sinkhole that opened up after the ground beneath it collapsed. Later reports suggested the presence of a well underneath the parking lot which had been improperly covered up.

The incident is Delhi is one among several freak accidents that occurred in the national capital region, which reported severe waterlogging from several parts following incessant rains.

On Monday, a person was reported to have drowned in a waterlogged rail underpass in Pul Prahladpur while clicking selfies, officials said. The victim was identified as 27-year-old Ravi Chautala, who had initially gone to the underpass to film it during the rains and he drowned while trying to click selfies, locals informed the police.

Monsoon showers caused waterlogging on several road stretches including ITO, Ring Road and Mathura Road, with the traffic being halted at these areas for hours at end.