The country saw a record jump of 1,463 new COVID-19 cases and 31 deaths in 24 hours on the last day of the first lockdown 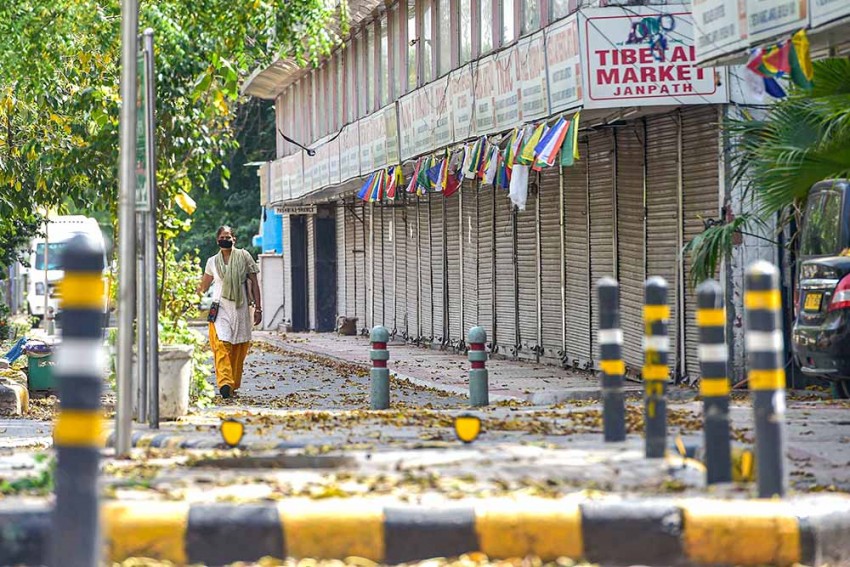 A woman walks past closed shops at Janpath market, during a nationwide lockdown in the wake of coronavirus pandemic, in New Delhi.
PTI Photo
PTI April 14, 2020 00:00 IST COVID-19: India Sees Nearly 10,000 Cases, Over 300 Deaths In 21 Days Of Lockdown 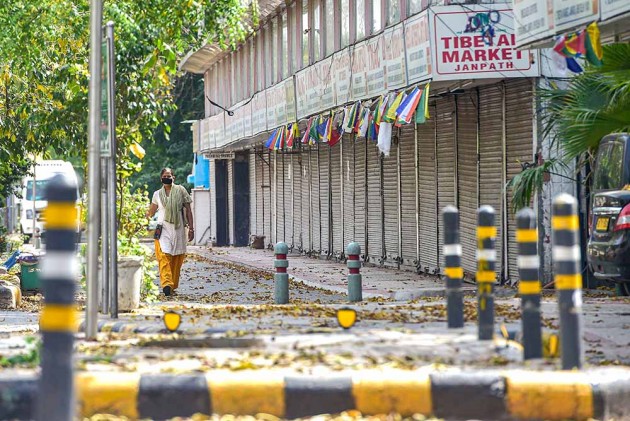 The first 21 days of the nationwide coronavirus lockdown have recorded a spike of about 10,000 COVID-19 cases and over 300 deaths since March 25, and though the jury may still be out on the success of the unprecedented measure billed as world's biggest shutdown, many medical experts feel India would have been far worse without it.

On Tuesday, Prime Minister Narendra Modi extended the countrywide lockdown for 19 additional days till May 3 to contain the spread of the pandemic even as the country saw a record jump of 1,463 new COVID-19 cases and 31 deaths in the last 24 hours, as per the Union health ministry.

On March 24, when the prime minister announced a complete lockdown of the entire country for three weeks to try and halt the spread of the COVID-19 pandemic, India had nearly 520 confirmed cases of coronavirus and 11 deaths. After a week into the lockdown, the tally of cases reached 1,397 and 35 deaths on March 31, a jump of 878 cases and 24 deaths.

The government has maintained that if not for the lockdown and other containment measures such as contact tracing and isolation, these numbers would have been sky high and the situation in the country much worse, with the Union ministry asserting that according to a statistical analysis, the number of confirmed cases could have reached 8.2 lakh by April 15 in the absence of a lockdown and other containment measures.

The ministry had earlier claimed that the rate of rise in confirmed cases would have been much lower but for the Tablighi Jamaat event at Nizamuddin last month.

The spike in cases in the last few days has also been sharp with a rise of 1,000 cases reported on Saturday and an increase of 918 cases in the next 24 hours. A record 51 fatalities within 24 hours was reported on Monday, taking the death toll due to coronavirus to 324 and the number of cases in the country climbed to 9,352.

Though only a detailed study would be able to throw light on the success of the 21-day lockdown that was initially announced, medical experts say it was necessary and India's situation would have been even more precarious in its absence.

"I think it was a bold step (the first lockdown) and the situation demanded it. Our lockdown came much early compared to say in the US or Italy or other European countries, and you can see the number of cases in those countries, and compare it with ours," Dr Arvind Kumar, a noted lung surgeon at the Sir Ganga Ram Hospital, told PTI.

"We have made gains in these 21 days, which will give the country time to prepare itself for the future phase of the battle against COVID-19 when it rises further," he said.

"The doubling time of cases which was 10 days earlier has been reduced to seven days and then to even four days. But, the lockdown has given us gains. Without it, the cases would have been far higher," Jha told PTI.

Dr Rajesh Chawla, pulmonologist at Apollo Hospital, said the number of cases have risen in the past several days and it will increase even more now.

"But, the 21-day lockdown allowed the government and other stakeholders to prepare themselves to face the surge. We are still on the rising limb of the epidemic curve. But, people learned social distancing, sneezing etiquettes, and that helps in decelerating the spread of the virus," he said.

Chawla, however, said the virus spread can only be slowed down and the infection cannot be stopped till "we find a vaccine".