The study found China has most of the current hotspots where a growing demand for meat products has driven large-scale, industrial livestock farming. 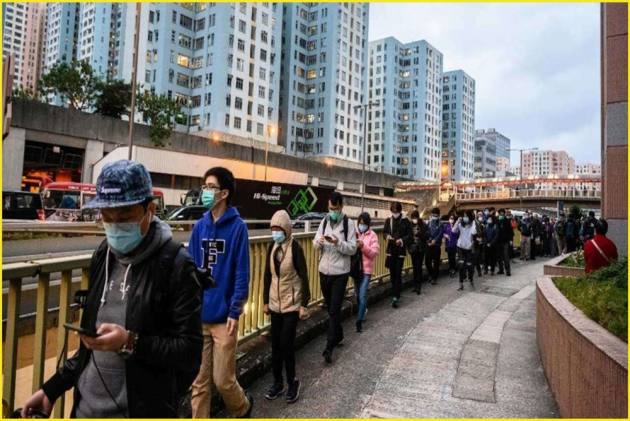 The study published by researchers at the University of California, Berkeley, the Politecnico di Milano (Polytechnic University of Milan) and the Massey University of New Zealand used remote sensors to analyze land-use patterns of horseshoe bats, identified early on as the probable origin of Covid-19.

While bats have been zeroed on as the prime origin of the SARS-CoV-2 virus, scientists believe the virus would have passed from the winged mammals to another species before reaching humans. Experts had identified pangolin as a suspect as it is one of the animals sold in the market in China’s Wuhan, as the city is known to have reported one of the first known coronavirus cases. The theory was studied in a joint investigation by World Health Organization (WHO) experts and Chinese scientists who visited Wuhan in January 2021. However, no new findings of this missing link were found.

The study found China has most of the current hotspots where a growing demand for meat products has driven large-scale, industrial livestock farming. Researchers noted that concentrated livestock production is concerning as the practice brings together large populations of genetically similar, often immune-suppressed animals, increasing the risk for disease outbreaks.

Parts of Japan, the north Philippines and China south of Shanghai are at risk of becoming emerging hotspots due to forest fragmentation and some Indo-china and Thailand regions due to increased livestock production.