The Congress party, which has fielded former MLA Ajay Rai from Varanasi, has reached out to the SP-BSP pre-poll coalition seeking its support against Modi, if Tej Bahadur fails to get any relief from the top court. 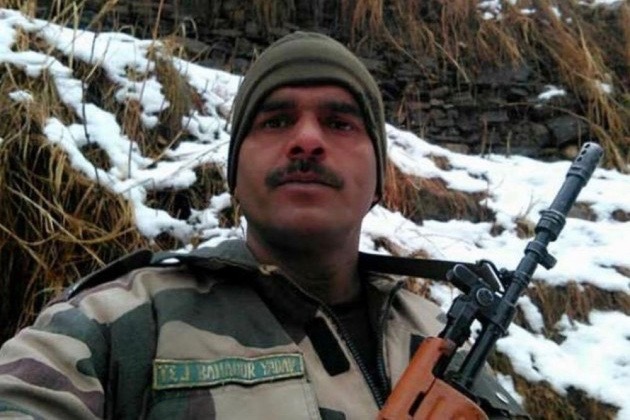 The Supreme Court on Wednesday directed the Election Commission to file its response by tomorrow on a petition filed by Tej Bahadur Yadav, former BSF jawan and the SP-BSP candidate from Varanasi Lok Sabha seat against Prime Minister Narendra Modi, challenging the rejection of his nomination papers for the poll.

With just 10 days left before Varanasi goes to polls, in the final phase of the ongoing Lok Sabha elections on May 19, the Congress party, which has fielded its former MLA Ajay Rai from the constituency, has reached out to the SP-BSP pre-poll coalition seeking its support against Modi, if Tej Bahadur fails to get any relief from the top court, sources told Outlook.

There is, for now, no commitment from the SP-BSP to the Congress on supporting Rai’s candidature in the event of a setback from the top court for Tej Bahadur. “They too are waiting for a final word from the court,” a Congress leader said.

Though Modi is largely seen as invincible in Varanasi, the Congress believes that it can reduce the Prime Minister’s massive 3.71 lakh victory margin of 2014 significantly if Rai’s candidature is endorsed by BSP supremo Mayawati and SP chief Akhilesh Yadav.

“In the event of Tej Bahadur not getting any relief from the apex court, we want the SP and BSP to publicly endorse Rai’s candidature. In any case, Rai is the only serious challenger left following the EC’s decision to reject Tej Bahadur’s nomination. By supporting Rai, the SP-BSP will show their commitment towards their anti-BJP, anti-Modi fight,” a senior Congress leader told Outlook.

In 2014, Modi had polled 5.81 lakh votes in Varanasi, a massive 56.37 per cent of the nearly 10.30 lakh votes polled in the constituency. His main challenger then was AAP chief Arvind Kejriwal who had secured about 2.09 lakh votes. The Congress, BSP and SP had Ajay Rai, Vijay Kumar Jaiswal and Kailash Chaurasia respectively, all of whom lost their deposits. While Rai got 75,614 votes, Jaiswal and Chaurasia had polled 60,579 and 45,291 votes respectively in an election that had seen a moderate voter turnout of 58.35 per cent.

Congress sources say that given the EC’s “complete surrender to Modi”, it is “highly unlikely that the poll panel will change its decision on Tej Bahadur”. A party leader who is in touch with the SP leadership said, “if we go by the stand taken by the EC so far on complaints against Modi and Shah, it looks like Tej Bahadur may not get any relief. There are just 10 days left for polling in Varanasi and the Congress, SP, BSP need a plan B if we really want Modi to not have a walkover.”

The leader pointed out at another Supreme Court development of Wednesday wherein a petition by Congress leader Sushmita Dev challenging the EC’s clean chits to Modi and Shah in various instances of “hate speech” and “MCC violations” was dismissed. He said, “like in Dev’s case, the SC has asked the EC to respond to the petition filed by Tej Bahadur. The EC will obviously not dilute its decision and there is every possibility that the SC may refuse to interfere in the matter citing jurisdictional issues”.

Why The Outreach To SP-BSP

Modi’s decision to contest from the Varanasi seat in 2014 had amplified the pro-BJP wave in Uttar Pradesh and helped the party win 71 of the state’s 80 Lok Sabha seats, paving the way for its absolute majority in the Lok Sabha. The Congress and the Mayawati-Akhilesh coalition are convinced that the BJP will not be able to repeat its 2014 performance in the present elections. But, a walkover for Modi in Varanasi could demoralize Opposition cadres in other seats of UP which are yet to go to polls.

“There is no time or space left for ego clashes now. If the SC rejects Tej Bahadur’s plea tomorrow, the SP-BSP must immediately endorse Rai for Varanasi. There are 14 UP constituencies going to polls in the sixth phase (on May 12) too and if the SP-BSP delay, the BJP will go around telling voters that Akhilesh and Mayawati have already conceded defeat which is why they aren’t giving Modi a fight in Varanasi. The BJP is an expert at building these misleading narratives and it will hurt the Opposition in 27 UP constituencies for which polling is yet to happen,” another Congress leader involved with the UP campaign told Outlook.

As per the seat-sharing agreement between the alliance partners, the Varanasi seat had been given to the SP which had initially declared Shalini Yadav as its candidate from the seat. The Congress had allowed speculation to build on whether Priyanka Gandhi Vadra would be its candidate against Modi but finally named Rai as the nominee from Varanasi.

However, on April 29, Akhilesh decided to replace Shalini with Tej Bahadur as the party candidate. Tej Bahadur, who had been dismissed from the Border Security Force after he posted a video criticizing the Modi government’s failure in providing better food and amenities to jawans posted in harsh climatic conditions, had earlier filed his nomination papers from Varanasi as an independent candidate.

With Modi consistently seeking votes in this poll season in the name of the surgical strikes carried out by the Indian Armed Forces in Uri and Balakot, the SP-BSP-RLD coalition had thought that supporting the nomination of Tej Bahadur, a former jawan who had highlighted “Modi’s failure” in taking care of defence personnel and was “punished” for it, would help blunt the BJP’s deafening rhetoric.

However, if Tej Bahadur fails to get the EC’s decision quashed, Congress sources say, the party would want him to campaign for Rai. “If Behenji and Akhilesh agree to support Rai and Tej Bahadur joins the campaign trail, we will be able to consolidate nearly 40 per cent of the Opposition votes for our candidate, if not more.”

Before Modi decided to contest from Varanasi in 2014, the BJP’s old warhorse Murli Manohar Joshi had won the seat in 2009 but with a thin margin of just over 17,000 votes. Joshi continues to have some influence over a section of voters in Varanasi. The Congress is hopeful that the retirement from electoral politics that Modi forced on Joshi in the run up to the Lok Sabha polls, will make this section of BJP voters turn against their party this time round.

“We know we can’t defeat Modi in Varanasi but if we succeed in reducing his margin to just about 1 or 1.5 lakh votes, it will be a major statement,” a Congress leader said.