A woman claiming to be a part of stand-up comic Munawar Faruqui's show took to Instagram and said there were no derogatory remarks made by the comedian at the Indore show. 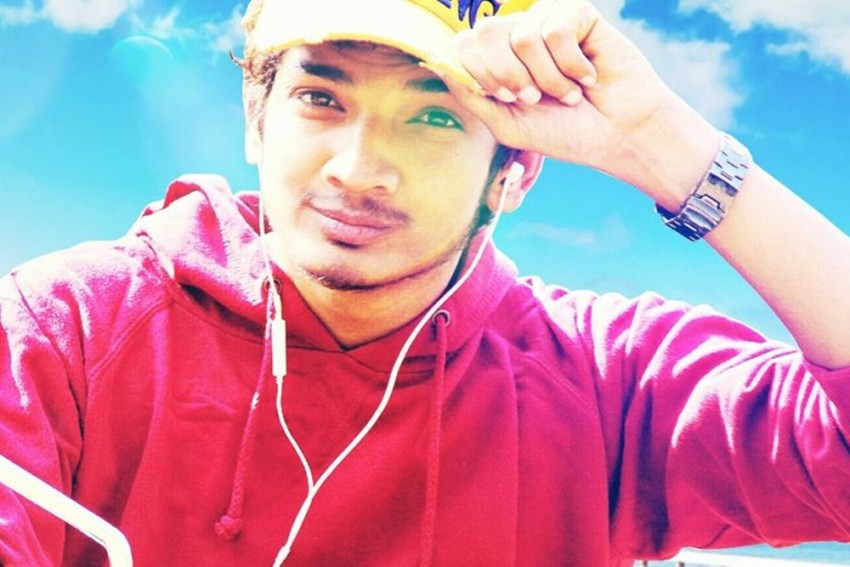 A woman claiming to be a part of stand-up comic Munawar Faruqui's show took to Instagram and said there were no derogatory remarks made by the comedian at the Indore show. Faruqui, a comedian from Gujarat, was arrested along with four others on Saturday after the son of a BJP MLA complained against him for allegedly offending Hindu religious sentiments.

“Munawar politely clarified that he never had the intention to hurt anyone. He handled the situation very well and they backed off,” she said. A few minutes later, a crowd entered the hall and the organisers backed out. Then police arrived and arrested Faruqui and others, she said. “No derogatory remarks were made by Munawar Faruqui at the Indore show,” she said.

Indore Police on Friday arrested Faruqui and four others pursuant to a complaint filed by Eklavya Gaur, son of Indore BJP MLA Malini Gaur. "He is serial offender and often cracks defamatory jokes on Hindu gods and goddesses,” Gaur told reporters outside the police station.

Videos of the conversation between Gaur and Faruqui started doing the rounds on social media a day after the incident. The footage shows both on stage, as Gaur accuses Faruqui of provoking Hindu sentiments while the latter is trying to convince him. Gaur eventually leaves the stage.

Town Inspector of Tukaganj Police Station Kamlesh Sharma, however, said they have no evidence against Faruqui directly and that he has been booked as an organiser, as per reports from The Indian Express. “There’s no evidence against him for insulting Hindu deities or Union Minister Amit Shah,” he said.

As per the complaint, crass remarks were passed against Hindu gods and goddesses and the Union home minister during the show, in-charge of Tukoganj police station Kamlesh Sharma said.

Several comedians, including Varun Grover, Vir Das and Rohan Joshi, have criticised the arrest of stand-up comic Munawar Faruqui, a day after he was held for alleged indecent remarks made against Hindu deities and Union Home Minister Amit Shah during a show in Indore, Madhya Pradesh.

Grover took to Instagram and alleged that Faruqui was "beaten up".

The "Sacred Games" writer shared a video where the comedian is trying to reason with Eklavya Singh Gaur, son of local BJP MLA Malini Laxman Singh Gaur, who had filed the complaint.

"A fellow Indian, a fellow comedian is in jail and got beaten up by a mob because of the words he uttered. Here he's trying to logically, calmly present his case but our systems now just want to brutally silence every voice.

"They don't want to hear, they don't want to even argue - they want to simply erase every shred of individual thought, every iota of reason. And we the people of the greatest civilization of earth are ok with it," Grover wrote.

Das took to Twitter and wrote that it is futile to stop humour and to try and "control" it.

"You can't stop jokes and laughter. Not because comedians are performing it, but because people need to laugh. Harder you try, the more you're going to be laughed at, now, and by history.

"Anyone who has ever tried to control humour, now has a category of jokes devoted to them," Das tweeted.

You can't stop jokes and laughter. Not because comedians are performing it, but because people need to laugh. Harder you try, the more you're going to be laughed at, now, and by history.

Anyone who has ever tried to control humour, now has a category of jokes devoted to them.

He also posted a screenshot of Prime Minister Narendra Modi's 2017 tweet, when he talked about the importance of humour.

"I think we need more satire and humour. Humour brings happiness in our lives. Humour is the best healer," the prime minister had said in the tweet.

Comedian Rohan Joshi shared Faruqui's video where he is trying to reason with those offended with his jokes.

"Turns out now you can just assault people while they're doing their job and the cops will take 'them' to the police station," Joshi captioned the video.

"Watch this, that's all and then share it," Surka wrote.

While Mathew added, "Seven minutes of @munawar.faruqui trying to reason but still...''

"High risk individuals to be vaccinated first. So comedians must be up there on the list," wrote comic Neeti Palta alluding to the incident in a Facebook post as India approved Oxford's and Bharat Biotech's Covid-19 vaccines for restricted emergency use on Sunday.

On Saturday, Chief Judicial Magistrate (CJM) Aman Singh Bhuria refused to grant bail to Faruqui and other four and remanded them in judicial custody till January 13. Faruqui’s lawyer Asad Warsi said they are going to file for bail on Monday. “We are pleading there is no such evidence of offences against any of them.”