Photojournalist and former Jamia student Md Meharban and Aasif Mujtaba a former research scholar at IIT Delhi and founder of Miles2smiles foundation have come out with a coffee table book, titled 'Hum Dekhenge, Protest and 'Pogrom'.

Two years after the protests against Citizenship Amendment Act (CAA) erupted at Jamia Millia Islamia University and an adjacent working-class locality, Shaheen Bagh in New Delhi, the remnants of all that unfolded then have all but vanished from the public eye. All that remains is silence, the everyday struggle of working-class residents, memories of the resistance, and 'resilience' to stand up in the face of 'injustice' again.

The walls and roads around and inside the university and adjacent localities have been repainted in black and white. All the graffitis, slogans and other symbols of protests have vanished. 'Normalcy' has returned to this part of the city where normalcy itself is a contested word amid deplorable civic conditions, stereotypes and police actions.

To ensure that collective memories remain intact about the time and incidents, photojournalist and former Jamia student Md Meharban, and Aasif Mujtaba, a former research scholar at IIT Delhi and founder of Miles2smiles foundation which works for the victims of violence, have come out with a coffee table book titled 'Hum Dekhenge, Protest and Pogrom'. The book launched on December 20, 2021, at the Press Club of India in the presence of Prashant Bhushan, Prof Apoorvanand, and Brinda Karat is a photo document of the anti-CAA movement and sectarian violence that followed in parts of North East Delhi.

"We wanted to make sure that the visual graphics that flared up then do not disappear from public memory. We understand that collective memory is a form of resistance, and thereby it was essential to weave visual documents in one place." The curators said during the launch.

"We haven't come across such forms of documentation when it comes to anti-Muslim violence. There are texts available on different incidents but hardly any documentation of photos or videos which are considered more powerful mediums in terms of how they impact the emotions of people," they added.

The book starts with a foreword by lawyer and activist Prashant Bhushan, who describes it as a beautiful, poignant and sometimes heartbreaking photo documentation of the events surrounding the protests and violence. Bhushan also writes that the photo documentation is meant to make people aware of the struggle of the Indian Muslims in these tumultuous times and to remind us that hope never dies and neither does resistance. 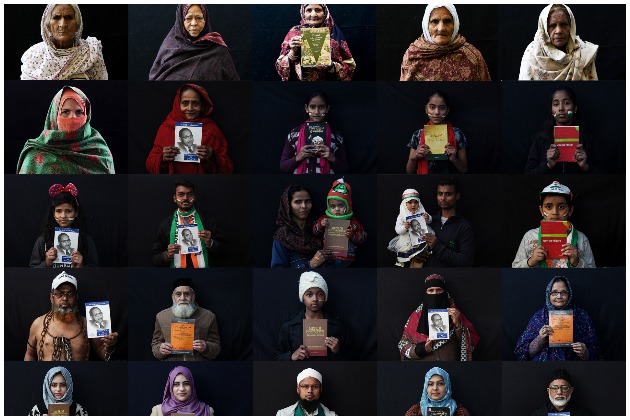 The photobook begins with accounts of attacks on minority educational institutions such as Aligarh Muslim University and Jamia Millia Islamia during the protests. It then moves on to the 2020 Delhi riots.

The book's curators and contributors have primarily documented the anguish and grief of victims of violence. The book includes 223 photographs that were shot and documented by the efforts of 28 photographers and artists from across the country.

The book contains several photos that were declared iconic during the protests, which drew both attention and flak. Some of the prominent ones among them include one depicting three girls in Hijab shouting slogans, who later became the faces of the protest. The older women who were termed 'Dadis of Shaheen Bagh' and several visuals of police using brute force against students also made it to the book. The collection also features portraits of protesters like Sharjeel Imam, Asif Iqbal Tanha and many others who are now languishing in jails on several counts, including charges of UAPA.

The second half of the book contains pictures from North East Delhi, clicked by noted journalists like late Danish Siddiqui, Adnan Abidi, and Md Meharban himself. 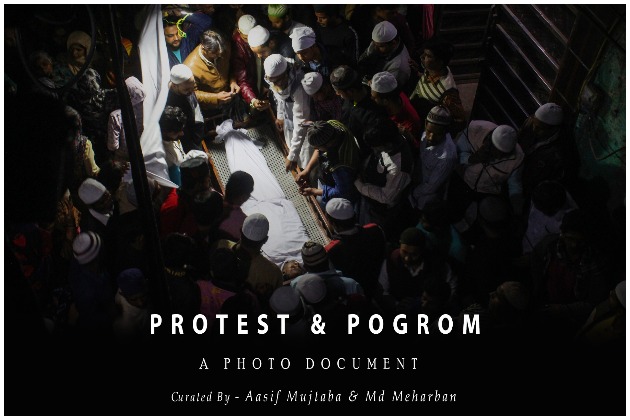 This part includes documentation of violence and lynchings and photos from the funerals of riot victims.

The book's title has nevertheless raised eyebrows due to the use of the word 'pogrom' on account of there being casualties on both sides. It also fails to capture images of violence inflicted upon people from the majority community of North East Delhi.

The curators, however,  justify the usage of the word 'pogrom' since they believe that violence was orchestrated and instigated against a particular community with the connivance of people sitting in power and police machinery.

The curators have dedicated this book to Pulitzer Winner Reuters photojournalist Danish Siddiqui, who was killed on an assignment in Afghanistan last year. Danish was also mentoring Md Meharban, the curator of this book, in the domain of photojournalism.