BJP released its first list of 184 candidates for Lok Sabha elections on Thursday. 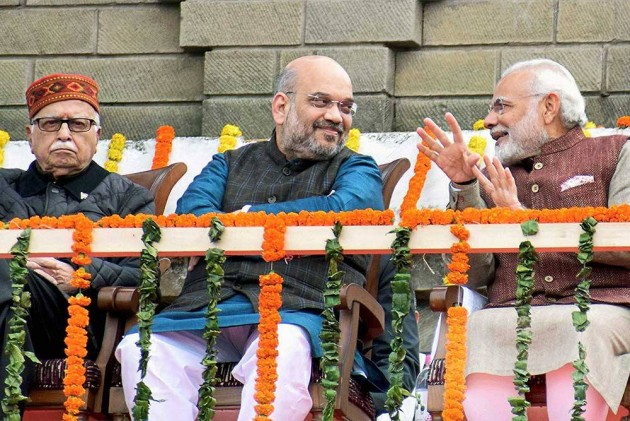 BJP president Amit Shah will contest upcoming Lok Sabha elections from Gujarat’s Gandhinagar, the party announced on Thursday as it released its first list of 184 candidates.

Shah will contest in place of veteran leader L.K. Advani, who has been representing Gandhinagar constituency in the Lok Sabha since 1998.

Reacting to the nomination of BJP president from Gandhinagar, the Congress said that first the party veteran was "forcefully" sent to the 'margdarshak mandal' and now his parliamentary constituency has been snatched away.

Advani was made a member of the 'margdarshak mandal' (group of mentors) after the BJP came to power in 2014.

"When Modi Ji does not respect elders. Then why will he respect the people's trust? Get rid of BJP, save the country," Surejwala said.

Also Read: BJP's First List Of Candidates Has A Message For Opposition Parties