JJP's announcement comes less than a day after BJP's another ally -- Shiromani Akali Dal -- said it will not contest Delhi polls. 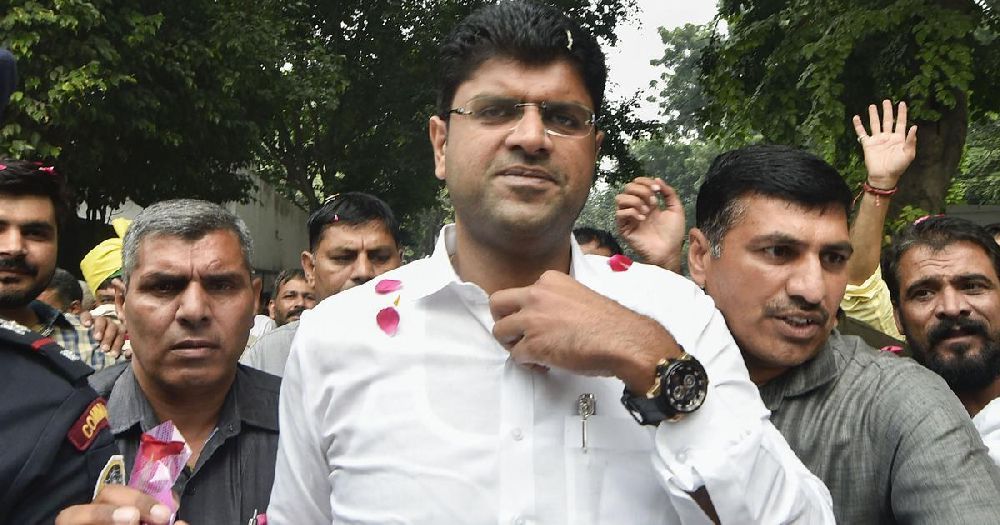 Chautala told the media that his party would not field candidates "as symbol is a very important issue and the JJP is unwilling to fight on a new symbol at such short notice".

Chautala's announcement comes less than a day after BJP's another ally -- the Shiromani Akali Dal (SAD) -- said to stay off from the Delhi polls.

The contentious Citizenship (Amendment) Act seems to have taken a toll on BJP ties with long-standing ally the SAD of Punjab, with the latter choosing not to jump into the election fray over alleged disagreement over CAA stand.

After two days of effort by both parties to convince each other over the contentious issues, the SAD on Monday declared that it will choose to stay away from the elections.

The Akalis are not only opposed to the nationwide National Register of Citizens, they wants the central government -- of which they are part of -- to also include the Muslims in the CAA.

Sources said the BJP offered the SAD three seat but it refused to climb down from its position on the CAA and NRC. As per the 2011 Census, Delhi has 4.43 per cent of its population that practices Sikh religion. The Sikh community has quite a few pockets of influence in the national capital.

Also Read: Akali Dal Not To Contest Delhi Polls Over Differences With BJP

Ridiculing SAD's claim that it had chosen not to contest the polls due to differences with the BJP over the CAA, Punjab Chief Minister Amarinder Singh on Tuesday challenged the Akalis to quit the alliance at the Centre to prove their sincerity with regard to the legislation.

"Why don't you (Akalis) walk the talk and show the people of India that you really stand against the divisive and destructive CAA?" asked the Chief Minister, urging the SAD minister in the Union Cabinet, Harsimrat Kaur Badal, to immediately resign in support of the stated stand on the controversial legislation.

Earlier, the JJP, which has a post-election alliance government in Haryana with the Manohar Lal Khattar-led government, had announced it will contest the Delhi polls, but said it was up to the saffron party to decide on the question of an alliance.

Dushyant had also announced the JJP would formally release its poll manifesto.