The farmer unions had on Saturday decided to resume their dialogue with the Centre, and proposed December 29 for the next round of talks. 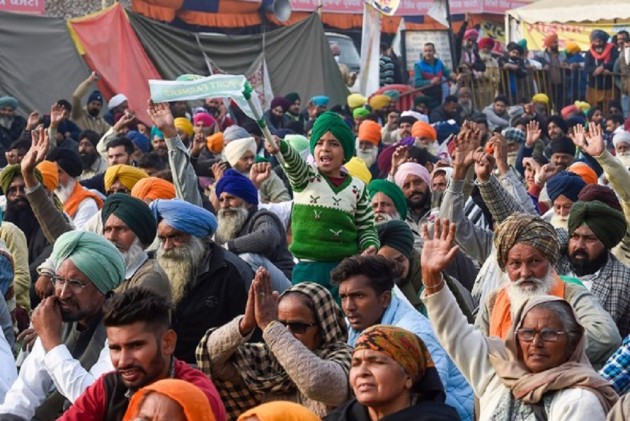 Thousands of farmers agitating against the Centre's three new agriculture laws stayed put at their protest venues near Delhi, even as the national capital is witnessing a harsh spell of winter. The farmers began their protests at the Singhu border over a month ago.

The protesting farmer unions had on Saturday decided to resume their dialogue with the Centre, and proposed December 29 for the next round of talks.

They had also decided that a tractor march will be held on Kundli-Manesar-Palwal highway on December 30.

Security remained tight at the Delhi borders with hundreds of personnel deployed at Singhu, Ghazipur and Tikri where the farmers have been camping.

Taking to Twitter on Sunday, the Delhi Traffic Police alerted commuters about the routes that remained closed owing to the agitation and suggested them to take alternative roads.

“The Chilla & Gazipur borders are closed for traffic coming from Noida & Gaziabad to Delhi because of farmer protests. People are advised to take alternate route for coming to Delhi via Anad Vihar, DND, Apsara, Bhopra & Loni borders.

Enacted in September, the three farm laws have been projected by the Central government as major reforms in the agriculture sector that will remove the middleman and allow farmers to sell their produce anywhere in the country.

The government has repeatedly asserted that the MSP and mandi systems will stay and has accused the Opposition of misleading the farmers.