At times, it seemed like there was a battle going on between two of world's best stroke-makers, trying to outdo each other. 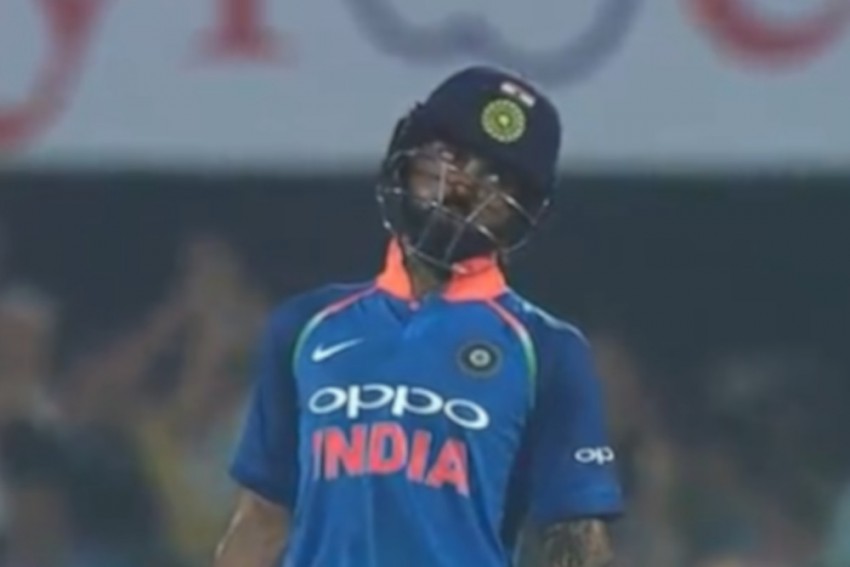 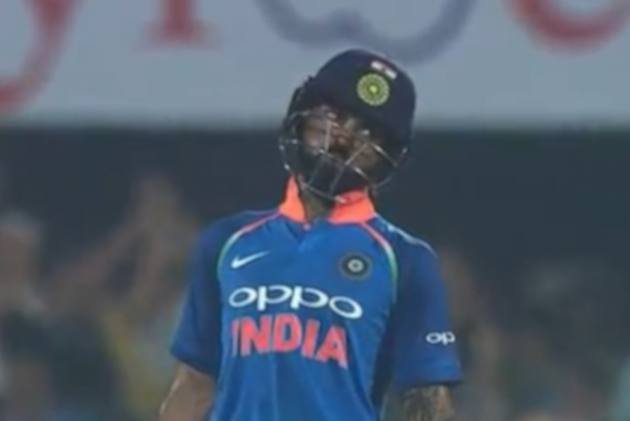 Virat Kohli and Rohit Sharma hit their respective 36th and 20th ODI hundreds to help India thrashed the West Indies by eight wickets with 47 runs to spare in the first of five matches at Guwahati on Sunday.

Skipper made 140 off 107 balls with the help of 21 fours and two sixes. But Rohit, who watched the captain taking apart the Windies attack in the first half of the Indian innings, went onto score an unbeaten 152 off 117 balls.

The 31-year-old hit 15 fours and eight towering sixes. Rohit is known for his elegant strokeplay, and some of his strokes have left Kohli speechless.

In such a moment, Rohit flicked the fifth ball of the 9th over with his devil-may-care attitude for a four.

Kohli, having witnessed the beauty of Rohit's shotmaking from close quarters, reduced himself to being a just another wonder-struck fan.

BCCI also generously shared the video of Rohit's back-to-back sixes in the 21st over against Devendra Bishoo.

Until the fifth ball of the over, Rohit was playing the second fiddle to Kohli. Then out of nowhere, he started taking over the charge with some belligerent hitting.

And at times, it seemed like there was a battle going on between two of world's best stroke-makers.

India chased down West Indies' 323-run target with relative ease to take a 1-0 lead in the five-match ODI series.