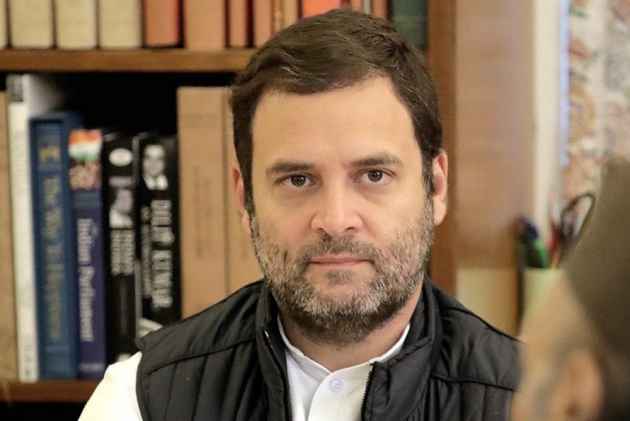 Gandhi to his Twitter handle and said "more hugs were urgently needed" between PM Modi and Trump.

Earlier on November 24, Saeed was released from house arrest in Lahore.

Police guards were removed from his residence where a large number of supporters gathered to celebrate the end of his house arrest.

In his first address after being released, Saeed blames India and the U.S. for detention and raked up Kashmir.

Saeed is said to be the head of the U.S.-designated terror outfit, Lashkar-e-Taiba and had been under house arrest since January 31 this year.

The decision to put Saeed under house arrest in January was seen as a response to actions by US President Donald Trump's White House against nations deemed linked to terrorism.

He has been declared a global terrorist by the United Nations and the US for his role in the Mumbai attack which claimed the lives of 166 people and maimed over 300 others.