Goalkeeper PR Sreejesh is the oldest player in the squad, while forward Dilpreet Singh is the youngest. 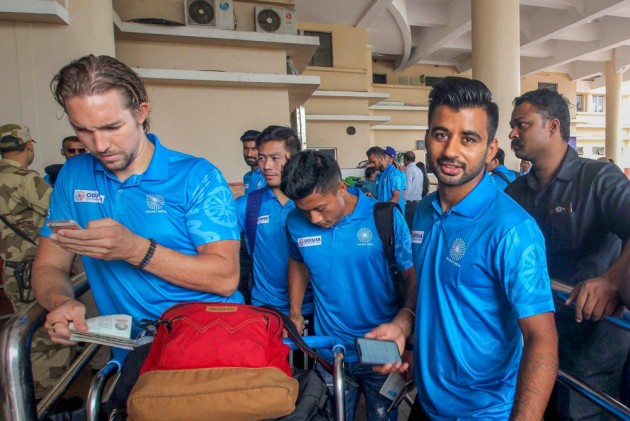 India will field a young team averaging 23 years in 2018 FIH Men's Hockey World Cup at home in Odisha. The 18-member Manpreet Singh-led side was named earlier this month by the Hockey India. Chinglensana Kangujam is the vice-captain of the team.

Indian attack will be lead by teen sensation Dilpreet Singh and experienced Lalit Kumar Upadhyay. Hailed as one of the most opportunistic strikers, the 19-year-old from Amritsar has been making all the right noises. He is one of the seven players who had won the Junior World Cup in 2016. And it seems only logical to see the natural progression of these youngsters.

In the front-line, Dilpreet Singh will have support from Simranjeet Singh and the experienced duo of Mandeep Singh and Akshdeep Singh.

But the young turks will be helped by the presence of some of the most experienced players like goalkeeper PR Sreejesh. A legend in his own rights, the 30-year-old from Kochi has more than 200 matches under his belt. Sreejesh's understudy Krishan Bahadur Pathak is a promising goalie, but he is unlikely to get match time.

In the centre, India's heart-beat will be skipper Manpreet Singh's performance. The presence of battle-hardened warriors like Chinglensana, Kothajit, Birendra Lakra, etc will give India added dimension in both attacking and defensive plays.

But India will miss the experience of seasoned players like SV Sunil and Rupinder Pal Singh. Sunil is injured, but Pal could have made the team. Many considered he's out of form.

Sreejesh is the oldest player in the squad, while Dilpreet is the youngest.

Coach Harendra Singh, from Bihar, was a respected half-back and was a member of the silver medal winning Indian team at the 1990 Beijing Asian Games. He helped the Indian colts to the world title two years ago, and the players he had groomed are representing the country in the World Cup.

India's campaign starts on Wednesday with South Africa, then play Belgium on December 2 and Canada on December 8.