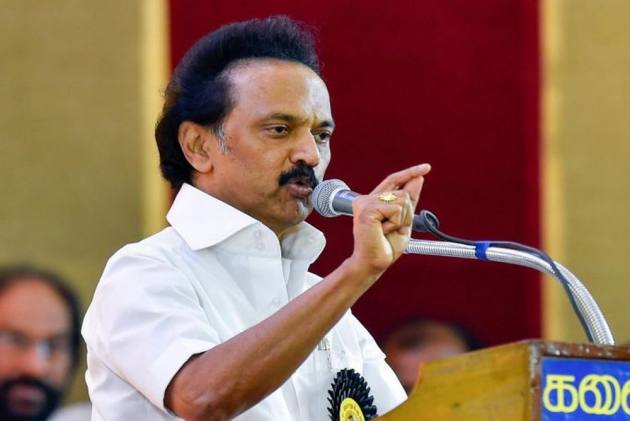 The DMK has asked its cadres not to touch the feet of party chief MK Stalin as it went against the ideals of self-respect and instead greet him saying 'Vanakkam,' with love.

"We urge the cadres to not cause unease to party president MK Stalin by touching his feet...let us guard the principle of duty, dignity and discipline," the party headquarters said in a release in Chennai.

A gesture of respect can be a simple greeting of 'Vanakkam,' with love. It may be recalled that DMK had for years ridiculed the AIADMK leaders for falling at the feet of late J Jayalalithaa as a mark of their "servitude."

Against this backdrop, DMK said Stalin had appealed to cadres to avoid the practice when he took over as the party's working president last January itself,  the DMK said.

When Stalin took over as DMK chief on August 28, a lot of functionaries showered him with a range of gifts and touched his feet at party headquarters 'Anna Arivalayam.' Ideals like self-respect, dignity and rationalism were nurtured by the Dravidian movement and the following it meant avoiding a gesture like touching the feet of party chief.

Also, the party reiterated that instead of presenting Stalin or other senior leaders with showy garlands and shawls, books could be presented to him which were being distributed
to libraries across Tamil Nadu for use by students and the public.

Similarly, ostentatious banners and flex boards to disseminate information on party events that disrupt traffic and inconvenience people must be avoided.