Baijal pointed to a 2015 ministry of home affairs notification issuing "Presidential directions" under Article 239 and 239AA of the Constitution. 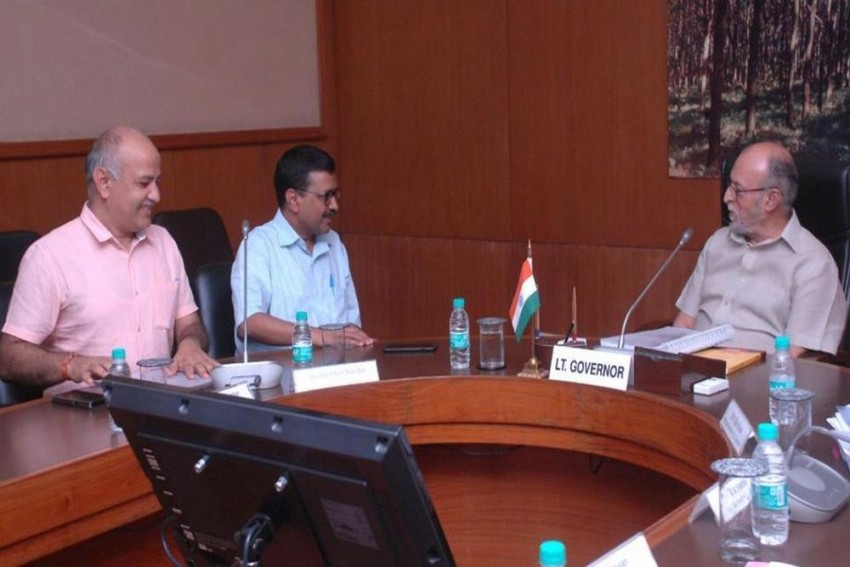 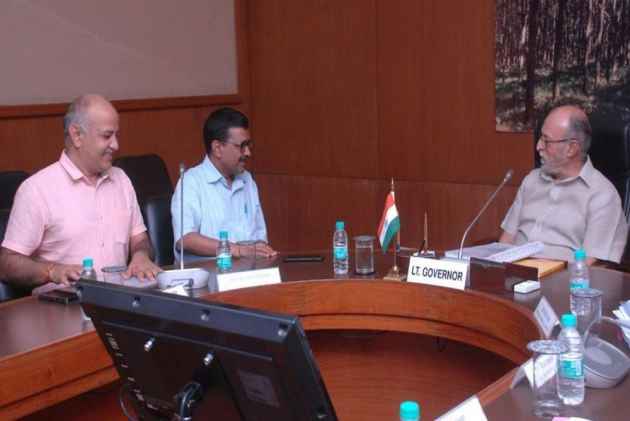 Hitting back at chief minister Arvind Kejriwal, Lieutenant Governor Anil Baijal on Friday said the home ministry's 2015 notification stating that 'services' falls outside the purview of the Delhi Legislative Assembly "continues to be valid".

In his letter to Kejriwal, Baijal said that "further clarity" regarding services matter and other issues will be achieved when the appeals pending before the regular bench of the Supreme Court are finally disposed off.

Following the apex court verdict which clipped the powers of the L-G, the bone of contention between the Delhi government and his office continues to be control over the services department.

READ ALSO: L-G Doesn't Agree That Services Should Be Under Delhi Govt: Kejriwal

His statement came after chief minister Arvind Kejriwal claimed earlier in the day that the L-G had refused to give control of the services department to the city government.

In the letter, Baijal pointed to a 2015 ministry of home affairs notification issuing "Presidential directions" under Article 239 and 239AA of the Constitution.

It said ‘services' falls outside the purview of the Legislative Assembly of the NCT of Delhi and consequently the government of the National Capital Territory of Delhi will have no executive powers in relation to ‘services'.

"The said notification was also upheld by the High Court of Delhi in its judgement on August 4, 2016.

"In the wake of the judgement of the learned Constitutional Bench of Supreme Court, the MHA has advised that as per concluding paras of judgement, the nine appeals including the one relating to ‘Services' shall be taken up by the learned regular Bench and the MHA notification dated 21.05.2015 continue to be valid," the letter said.

Kejriwal claimed it was the first time in the country's history that the central government had openly refused to obey the apex court's order.

Addressing the media after a 25-minute meeting with Baijal, the first after his nine-day sit-in at the LG Secretariat, Kejriwal said his refusal would lead to "anarchy" in the country.

Baijal in his letter to Kejriwal said that the the Supreme Court's entire judgement and its implications are still being studied.

"Lt Governor invited the chief minister's kind attention to para-249 of the judgement wherein Supreme Court has observed that the set up in the NCT of Delhi is one where the Council of Ministers headed by the Chief Minister on one hand and the LG on the other are a team, a pair on a bicycle built for two with the President as its rider who retains the general control," the LG's office said in a statement.

Kejriwal sought an appointment with Union home minister Rajnath Singh to urge him to ensure implementation of the Supreme Court orders on governance in Delhi.

Kejriwal said that it is very "dangerous" that the central government is advising the Lieutenant Governor not to follow the apex court's order on power tussle between the Delhi government and the Centre.

Earlier in the day, Kejriwal had approved the doorstep delivery of rations, overruling "all objections" to the proposal, two days after the Supreme Court verdict that clipped the powers of the lieutenant governor.

The chief minister also directed the food department to immediately implement the plan.

Baijal had objected to the Delhi government's ambitious proposal of doorstep delivery of rations and asked the AAP dispensation to consult the Centre before executing it.

Rot Has Set Into Missionaries Of Charity After Mother Teresa’s Death: Activist