Over 30,000 rescue personnel are kept on standby by the state government and all educational institutions in Puducherry and Karaikal regions will remain closed today. 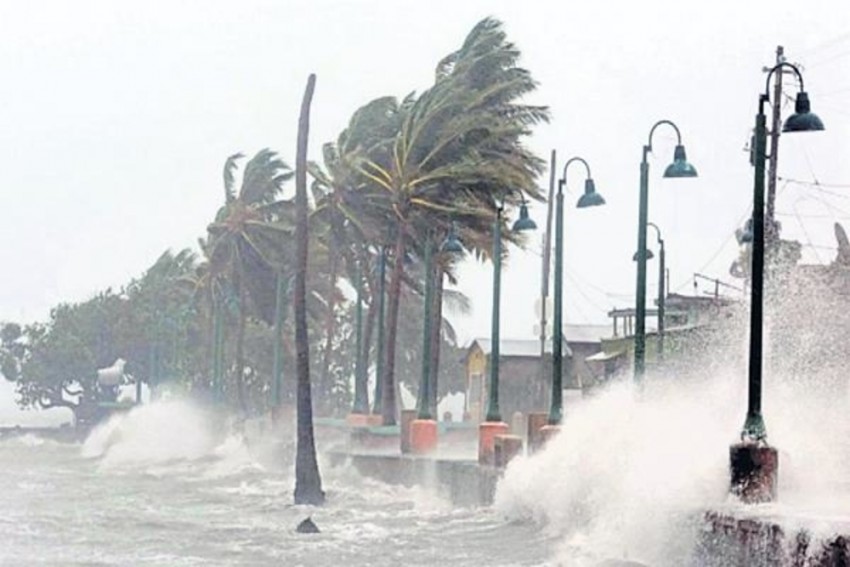 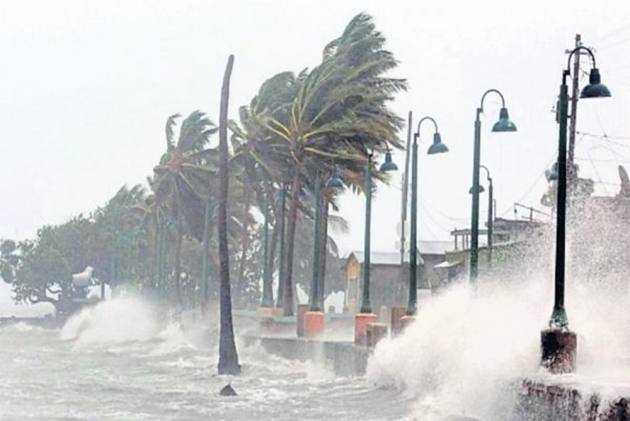 Cyclone Gaja centred over Bay of Bengal is likely to intensify into a severe cyclonic storm and cross Tamil Nadu coast between Pamban and Cuddalore on Thursday evening or night, the Met said.

The wind speed would be about 80-90 kmph gusting at 100 kmph, the India Meteorological Department (IMD) said.

In its Thursday bulletin, the IMD said the cyclone moved at 14 kmph and lay centred over east-northeast of Nagapattinam at 5.30 a.m.

Over 30,000 rescue personnel are kept on standby by the state government and all educational institutions in Puducherry and Karaikal regions will remain closed today.

According to the IMD reports, the cyclone will get intense after moving towards West and South West direction in the next 12 hours. Reports added that Cuddalore, Nagappattinam, Karaikal, Tiruvarur, Thanjavur, Pudukkottai, Tuticorin and Ramanathapuram districts across Tamil Nadu will witness heavy rainfall.

IMD further said that, storm surge of height of about 1.0 meter above astronomical tide is very likely to inundate low lying areas of Nagapattinam, Thanjavur, Pudukkottai and Ramanathapuram districts of Tamil Nadu and Karaikal district of Puducherry at the time of landfall.

Additionally, aircraft from Naval Air Stations Dega, Rajali and Parundu and Water Jet FACs and Patrolling Boats from Naval Detachments in Ramnad and Nagapatnam have been warning the fishing vessels about the approaching storm and directing them to return to the harbour.

The ENC is monitoring the developments closely and Flag Officer Commanding Tamil Nadu and Puducherry Naval Area is in constant communication with the State Administration to augment rescue and relief operations. "One P8I aircraft, Dornier aircraft and helicopters are also standing by to undertake reconnaissance, rescue, casualty evacuation and air drop of relief material to the stranded," the statement further noted.

Cyclone Gaja is expected to make a landfall between Pamban and Cuddalore today. In an attempt to mitigate damage to properties and human lives, the state administration headed by Chief Minister Edappadi K. Palaniswami has planned to evacuate around 20,000 people residing on the coastal line and moving them to relief camps.

On Wednesday, Cuddalore District Collector V Anbuselvan, who visited the possible affected areas, said all private and government schools in Cuddalore would remain closed due to the cyclonic storm.

Apart from Tamil Nadu and Puducherry, Andhra Pradesh is also bracing for the impact of the cyclone which is likely to bring heavy downpour and strong winds to several parts of the region for the next couple of days.

Here are some of the DO's and DON'TS

* Residents should listen to all the cyclone related announcements by radio and television.

* Keep valuable documents should be kept in waterproof boxes.

* Essential food items, water and medicines should be kept at least for seven days.

* People should not park vehicles under trees, travel in vehicles when the cyclone makes landfall.

* Fishermen should not venture into the sea.