CM Adityanath Constitutes Commission For Modernisation Of UP Police

The Chief Minister said at present there was infrastructure for training only 5,793 constables and the government was planning to double the capacity by providing various facilities. 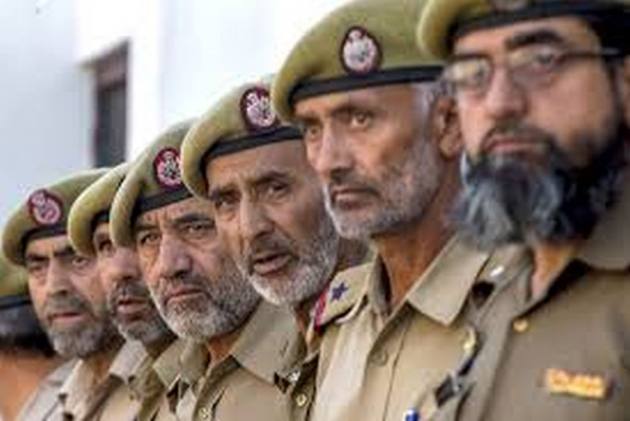 In an attempt to upgrade and modernise the state police force, UP Chief Minister Yogi Adityanath on Sunday announced to establish a three member commission.

"A three member commission will be constituted to give recommendations for strengthening and modernisation of police," he said adding by next year end, 1.25 lakh constables will join the force after training.

"By the end of 2019, 1.25 lakh constables will join the force, ending their shortage. It will help people and will witness better policing.

"It will also address problem of their leave and they will be able to perform their duties without any tension and will also be able to spend quality time with their families," Yogi said addressing Police 'Smriti Diwas' here.

The Chief Minister said the state government was taking necessary initiatives for the family of policemen who laid their lives while performing their duties.

"To enhance morale of the force and ensure good work culture, the state government made special emphasis on their time bound promotion. In 2017, as many as 9,892 police men and in 2018, 37,575 policemen were promoted which is a record," he said.

The Chief Minister said at present there was infrastructure for training only 5,793 constables and the government was planning to double the capacity by providing various facilities.

"Help of Central Paramilitary forces and other states will also be sought for training capacity enhancement.  In Jalaun and Sultanpur where training centres are ready, they will be started soon,"he said.

He said to meet housing demands, more barracks will be put up in police lines and police stations.

Yogi said cycle and uniform allowances of policemen will be increased soon and medical reimbursement related issues will also be sorted out.

Elaborating on the initiatives of the state government for the police, the Chief Minister said the Uttar Pradesh government has already increased compensation to the family of a martyr from Rs 20 lakh to Rs 40 lakh, besides hiking the amount given to their parents to Rs 10 lakh.