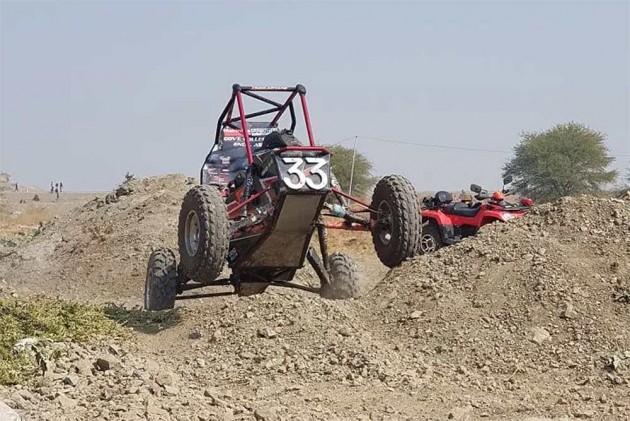 The Mahindra Baja SAEINDIA is often considered the proving ground for engineering students from across the country. The event, which is in its 12th edition this year, tasks students to conceptualise, design, build, test and validate a single-seater four-wheeled all-terrain vehicle to take part in events that aim to test their endurance. The off-road buggies that make the final cut are put through a tonne of punishing events at NATRiP’s (National Automotive Testing and R&D Infrastructure Project) NATRAX (National Automotive Test Tracks) at Pithampur near Indore. 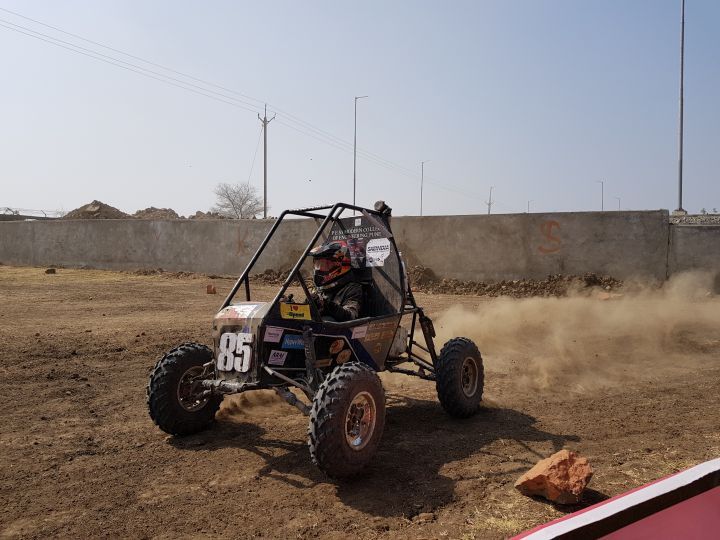 Before we dive into the action, let's take a look at qualification process for the endurance run. The first three days of the event comprise of technical inspection of all participating vehicles. A vehicle that does not pass this technical inspection is not allowed to take part in the competition. The teams then go through a static evaluation followed by various tests in dynamic events at the start of the third day. 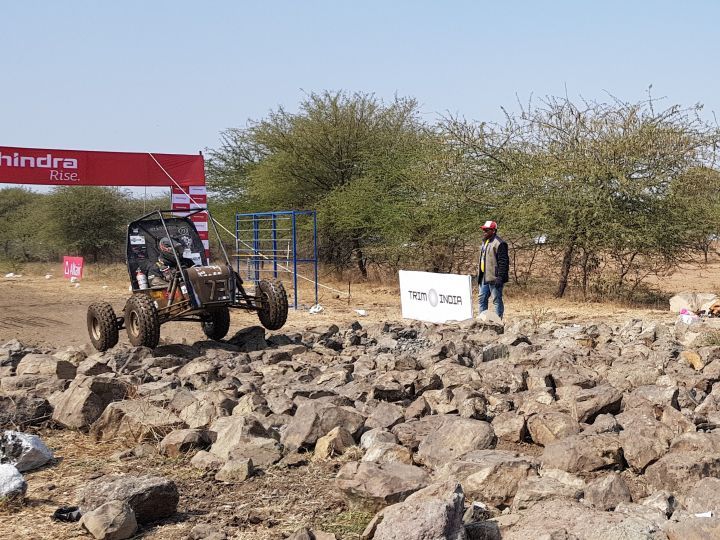 Then, it's time for the final and the most gruelling tests of them all - the endurance run. This event requires mBaja vehicles to around a 4.8km dirt track continuously for four hours and clock as many laps as possible. eBaja’s are required to undergo the same test for two hours. Students are allowed to fix their cars, change drivers and refuel in the middle of the race, but this does result in a loss of time. 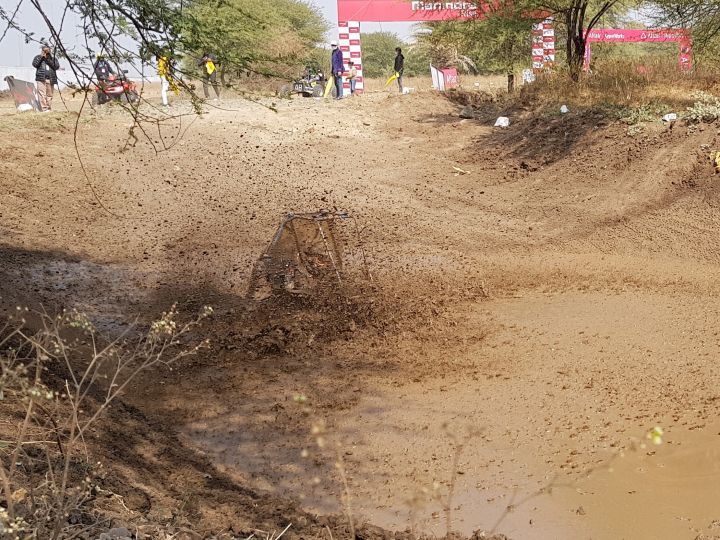 Challenging bits included a big ditch where the cars had to enter a rocky bed and then climb out via a steep incline where choosing the right path was key. This was followed by the notorious water pit. This deep ditch filled with water came as the biggest challenge for the students as the exit route had become quite slippery after repeated use, forcing students to change their approach every single lap. 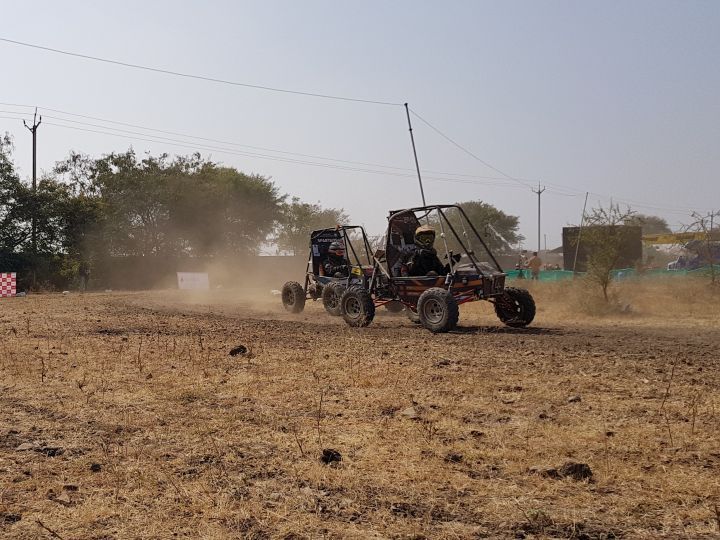 The moral and the motivation of the students is always on a high at the event. Also, students are further motivated to give their best as the best of them may get the opportunity to work with Mahindra, the title sponsor of the event, or any of the partner companies. 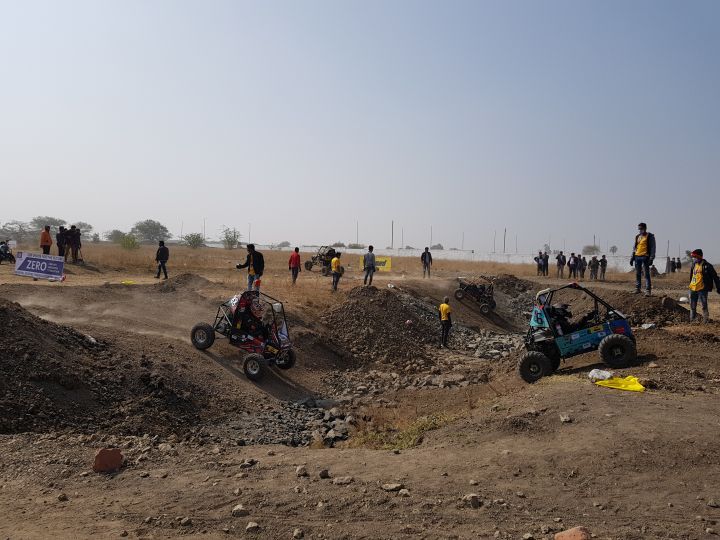 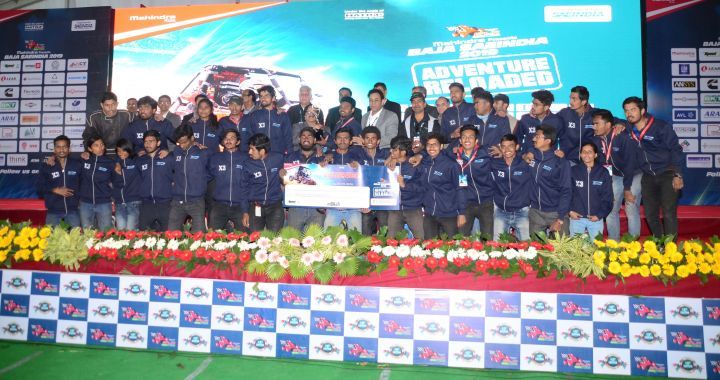 Pune’s College of Engineering now has five victories under its belt. The team’s captain - Onkar Sarjerao - told us that this year, they switched from pneumatic shock absorbers to coilovers as they provide better durability. These changes were made from the lessons the team learned from participating in the SAE Baja competition in the US. He also mentioned that the India Baja track is more difficult than the one in the US as it comprises of more number of terrains and challenges.