India came from behind to win 3-1 in their 175th meeting. It was India's third successive win against Pakistan and 10th in 11th matches. 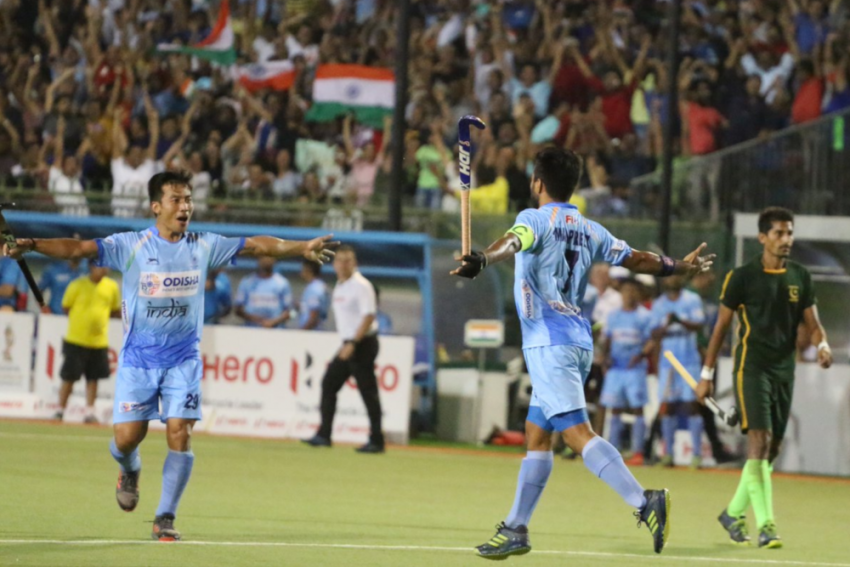 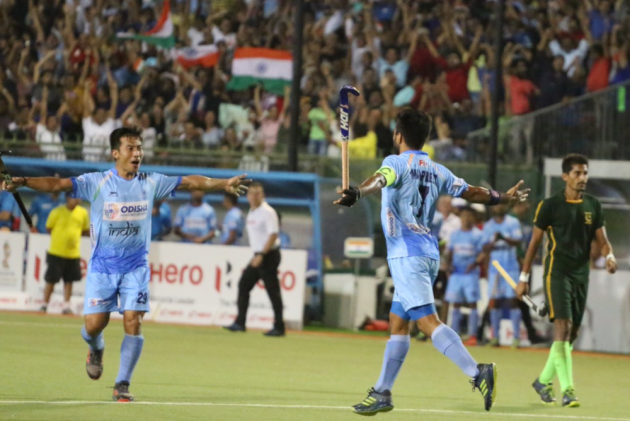 India registered yet another emphatic win over arch-rivals Pakistan in the 6th round-robin match of the 2018 Asian Champions Trophy at Muscat, Oman on Saturday.

In the 175th meeting of the two proud hockey nations, India came from behind to win 3-1. It was India's third successive win against Pakistan and 10th in 11th matches, with the lone aberration coming at the Commonwealth Games, a 2-2 draw.

After one-goal down inside the first opening minute, the enterprising Indian outfit toyed with Pakistan with a barrage of attacks.

India's tactical superiority was evident in every move. Using the width of the field, deploying long balls and some brilliant counter-attacking play, India dominated their arch-rivals in the blockbuster clash between the two-time champions.

India had as many as 13 attempts on goal to Pakistan's four, and circle penetration was 26 to Pakistan's nine, evidently results of a dominant play. India enjoyed 62% possession.

In an explosive third quarter, India scored two brilliant field goals to make it 3-1. And that was enough. Mandeep Singh and Dilpreet Singh found the back of the net in the 33rd and 41st minutes respectively.

Mandeep's goal was a real beauty. The 23-year-old forward received the ball inside the circle than confidently took some time before squeezing it between his legs to beat Imran Butt.

Eight minutes later, India got a penalty corner, but Mandeep failed to control as the ball but from the resulting play, Manpreet beat Pakistan goalie. By scoring India's third goal, the 18-year-old increased his tournament tally to four.

But the catalyst came in the 24th minute with Manpreet Singh scoring a captain's goal in every sense. The 26-year-old beat three Pakistan players after picking a loose ball just inside the opposition half. After dribbling past the three opponents, he beat Pakistan goalkeeper to the far post with a low push.

India conceded the first goal with Mohammad Irfan Jr beating Sreejesh from the close quarter after a goalmouth melee from a penalty corner rebound. Pakistan, spurred by that early goal, enjoyed their best spell in the first quarter as India hastiness in play resulted in a bad game. There were misdirected passes, loose controls and easy dispossessions.

But after the brief breather, India changed the course of the match by playing a dominating Pakistan. And in the heart of India play was captain Manpreet, who was also adjudged the man of the man.

India opened their title defence by opening a clinic for hosts Oman. India, the highest ranked side in the tournament pumped in 11 goals without a reply.

Earlier in the day, Asian Games champions Japan beat South Korea 2-0 to register their first win. In the tournament opener, they lost to Malaysia 0-3.

Yesterday, Malaysia and Pakistan win their respective matches against Oman and South Korea by identical 3-1 scorelines.

India will play Japan on Sunday, while Pakistan face Oman on Monday.