Your Vote, Our Candidates 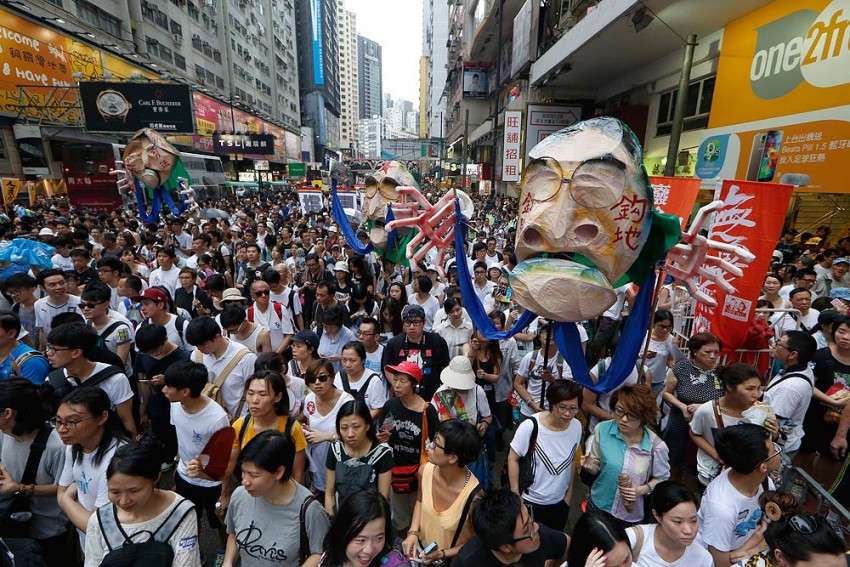 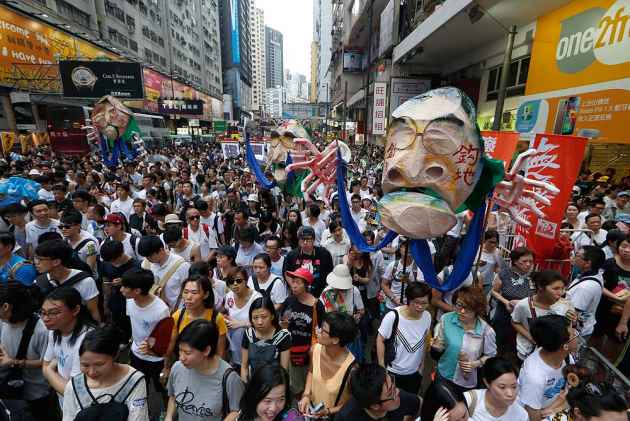 Seventeen years after taking control of Hong Kong, pledging universal suffrage for the territory, Beijing has made one-person one-vote meaningless by giving itself sole prerogative over choosing the candidates. As Hong Kong reels from the shock of this reversal of democratisation trend, the international community wonders about Hong Kong’s future and its standing in the eyes of the world.

In 1997 Hong Kong returned to the People’s Republic of China with the promise of a gradual transition to a representative government. In 2010 China raised hopes saying that in the election of 2017 universal suffrage could be introduced, with details to be worked out later. Li Fei, senior official of China’s National People's Congress, unveiled the plan on August 31, and the news stunned Hong Kong: China would effectively pre-screen candidates for the position of chief of Hong Kong and limit final candidates to two or three thus denying many of the 7 million residents in Hong Kong ability to vote for a candidate from a slate they liked.

This move has dented international credibility of China, already the world’s second largest economy, which has pledged to be a more responsible rising power in the world stage. If Beijing can so easily break its promise for Hong Kong, then the rest of the world must ponder whether the Chinese government will live up to other international commitments.

Long before the 1997 handover, the official People’s Daily, the mouthpiece of China’s Communist Party, published an article, March 18, 1993, quoting Lu Ping, then the top official in charge of Hong Kong and Macau affairs: “How Hong Kong develops its democracy in the future is completely within the sphere of the autonomy of Hong Kong. The central government will not interfere.”

More than 20 years on after Lu Ping’s promise to Hong Kong, the “One country, two systems” scheme designed by late paramount Chinese leader Deng Xiaoping is now at the risk of collapse due largely to increasing interference, directly or indirectly, by Beijing in various aspects from local elections of legislators to freedom of the press, for decades widely considered one of Hong Kong’s core values alongside the rule of law. The “one country, two systems” scheme implied that, while Mainland China remained socialist, capitalist democracy could coexist in other parts of China as in Taiwan after unification with the Communist China. The Taiwanese government has repeatedly rejected such a political concept since 1971 when the United Nations recognized the People’s Republic as the sole government of China and Taiwan’s leaders refused a dual-representation deal.

The city’s pro-democracy Occupy Central movement— fighting for “one person, one vote” and universal suffrage in line with international standards rather than with so-called “Chinese characteristics” that allow Beijing to pre-screen candidates first— staged a landmark protest against Beijing’s announcement for the 2017 election.

Historically, Hong Kong has been more than just a financial centre, playing key roles in political reforms and developments in modern Chinese history. Hong Kong was at one time the home for Sun Yat-san, the founding father of Republican China and an alumnus of the University of Hong Kong, one of the oldest and most prestigious academic institutions in Asia. Many Chinese officials and scholars once expected that Hong Kong could be a role model for the future development of relations between Mainland China and Taiwan in the hope that the two might reunite someday similar to the “One country, two systems” arrangement for Hong Kong.

With Beijing’s stance to allow only two or three candidates— most likely candidates whom the party can trust with loyalty to the central government— to run for Hong Kong chief executive in its 2017 election, the last and perhaps most possible wish for a progressive approach to grow democratic values on Chinese soil is fading away.

Online reactions from the younger generation of Taiwan to Beijing’s toughest-ever control of Hong Kong’s electoral reform show that China may have to work harder to win the minds and hearts of Taiwanese people in the hope of someday reuniting the self-ruling island with its motherland.

Beijing is insistent on blocking the universal suffrage. Perhaps China has deeper concern about western-style democracy taking root in Hong Kong, on Chinese soil, and acting as a beacon for supporters of democracy in Mainland China, in particular those most developed cities including Guangzhou and Shanghai where the fast-increasing middle-class has strong desire for social justice and political reform to protect interests of local residents. China, under the leadership of President Xi Jinping, has embarked on an anti-corruption drive to purify the Communist Party so as to prolong its rule over China. However, on the other hand, the government also silences dissenting intellectuals and pro-democracy activists, and suppresses internet freedoms with the rationale of maintaining domestic peace and stability. Given the porous nature of communication between Hong Kong and the mainland, freedom granted to Hong Kong people to elect candidates not vetted by Beijing would have a subversive effect on China.

Yet, frustrating Hong Kong people’s aspirations by denying them universal suffrage China promised may not bring the peace and stability that everybody desires.
Perhaps China worries about democracy taking root in Hong Kong, a beacon for cities like Shanghai.

The Occupy Central movement, which threatens to block the business district, could pose a lose-lose situation for both Beijing and Hong Kong. The strength of Occupy Central shouldn’t be downplayed. The movement is not just about how many people occupy the streets physically, but also sends a clear signal through Hong Kong society and Beijing that there are indeed individuals who will fight very hard to defend the meaning of Hong Kong’s core values as listed in the text of the Sino-British joint declaration— “Rights and freedoms, including those of the person, of speech, of the press, of assembly, of association, of travel, of movement, of correspondence, of strike, of choice of occupation, of academic research and of religious belief will be ensured by law in the Hong Kong Special Administrative Region. Private property, ownership of enterprises, legitimate right of inheritance and foreign investment will be protected by law”— what being a Hong Kong citizen really means. Professor Benny Tai at the University of Hong Kong, also a key leader and co-founder of Occupy Central, declared that the movement already marked a brand new “era of civil disobedience” for Hong Kong, and this was just a beginning. The political road for Hong Kong over the next few years, if not decades, could be far more bumpy.

Many in the West as well as on the mainland often ask, After all those debates, frustrations and protests, what do Hong Kong people really want Hong Kong to be? Former Hong Kong Chief Secretary Anson Chan’s response is that Hong Kong shouldn’t become “just another Chinese city,” at least not for now. Hong Kong can still make a huge difference for itself and China in the world stage if its people can continue to stand by the core values of the society.

Beijing’s recommended “universal suffrage with Chinese characteristics”— limiting the slate of candidates to those who will abide by the Communist Party’s dictates— would result in Hong Kong becoming “just another Chinese city,” as feared by Chan. The people of Hong Kong want to retain their own identity and shape their destiny even though the city is part of sovereign China.

George Chen is the financial editor and a columnist for the South China Morning Post in Hong Kong and a 2014 Yale World Fellow. Follow him on Twitter @george_chen. Rights:Copyright © 2014 The Whitney and Betty MacMillan Center for International and Area Studies at Yale. Courtesy: YaleGlobal Online