New Delhi withdrew MFN status to Islamabad, which it granted in 1995, on Friday in retaliation for the terror attack on Indian paramilitary forces in Pulwama, Jammu and Kashmir, in which 40 troopers were killed. 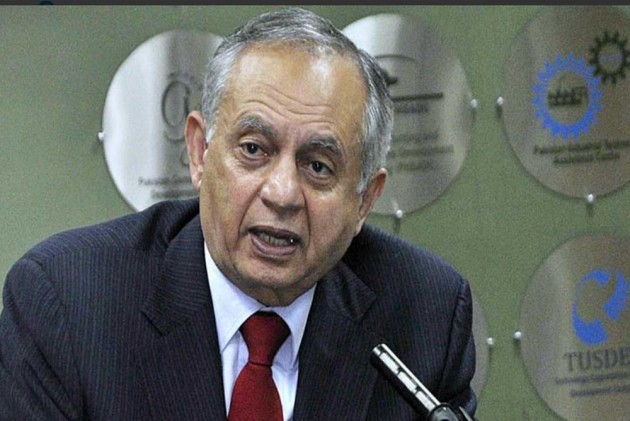 Pakistan will consider all available options to retaliate against the Indian government’s decision to withdraw Most Favoured Nation status, a top Pakistani official has said.

Razak Dawood, the Prime Minister’s Adviser on Commerce, told the media on Friday that Pakistan might take unilateral measures against India or revoke concessions under the South Asian Free Trade Agreement (SAFTA) and might take up the issue to the Geneva-based World Trade Organisation, Dawn reported.

Dawood was briefing the media at the office of the board of investment on the upcoming two-day visit of the Saudi Crown Prince.

New Delhi withdrew MFN status to Islamabad, which it granted in 1995, on Friday in retaliation for the terror attack on Indian paramilitary forces in Pulwama, Jammu and Kashmir, in which 40 troopers were killed.

Ahluwalia, who was called to the FO by the additional secretary (Asia Pacific) of the foreign ministry, was handed over a protest note over the allegations levelled by India.

Indian Finance Minister Arun Jaitley had on Friday said there is "incontrovertible evidence" of Pakistan "having a direct hand" in the Pulwama attack.

The grant of MFN status means that a country will treat all WTO member states equally in matters of tariffs on imports.

Pakistan may revoke concessions under the South Asian Free Trade Agreement. (SAFTA came into effect on 1 January 2006, with the aim of reducing tariffs for intraregional trade among the SAARC members. SAFTA replaces the earlier South Asia Preferential Trade Agreement.)

New Delhi had made a similar attempt in 2016 following an attack on its forces at Uri, in Jammu and Kashmir.

An official of the commerce ministry told Dawn that Pakistan might include more items in the negative list, a list of items not importable from India.

In March 2012, Islamabad placed 1,209 items on the negative list and opened up rest of the products for trade with India. Before that decision, Pakistan used to trade with India only in 1,963 items.

“We may increase the number of items in the negative list to restrict trade with India,” the official said.

On a bilateral basis, the official said, additional tariffs might be imposed on Indian-origin products or trade might be restricted at the Wagah border.

The tripling of exports to Pakistan is despite the fact that Islamabad has placed 1,209 products on the negative list.

But the official said the Indian government’s decision to withdraw MFN status would have a negligible impact on Pakistan as the current regime suited India more.

Although there exists no negative list for Pakistani products in India, non-tariff barriers (NTBs) are used to limit access of Pakistani products to the Indian market. It was because of these lop-sides benefits which compelled the Indian government to reconsider withdrawal of MFN status to Pakistan in 2016.

In 2011, Pakistan reiterated its intention to transition from the positive list import regime — only 1,963 items were importable from India — to a negative list regime and subsequently move toward full normalisation of trade relations by complete elimination of the negative list.

The PPP and PML-N governments took several steps to liberalise the trade regime with India on a unilateral basis. The PML-N had even offered several proposals to take trade relations to the “next higher” level to exploit its full potential.

The World Bank, in a recent report, said trade between Pakistan and India was valued at a little over $2 billion, but it could go as high as $37bn.

The current trade between the two countries is much below its full potential.

The potential could be harnessed only if both countries agreed to tear down artificial barriers.

Pakistan and India currently use three stations for trade — trade across LoC, the Wagah border and Port Qasim, Karachi.