Meet Vanita Gupta, The First Indian-American To Be US' Associate Attorney General

Republican Senator Lisa Murkowski broke away from her party colleagues to support Gupta (46), giving the Democrats 51 votes to see her through the historic confirmation on Wednesday. 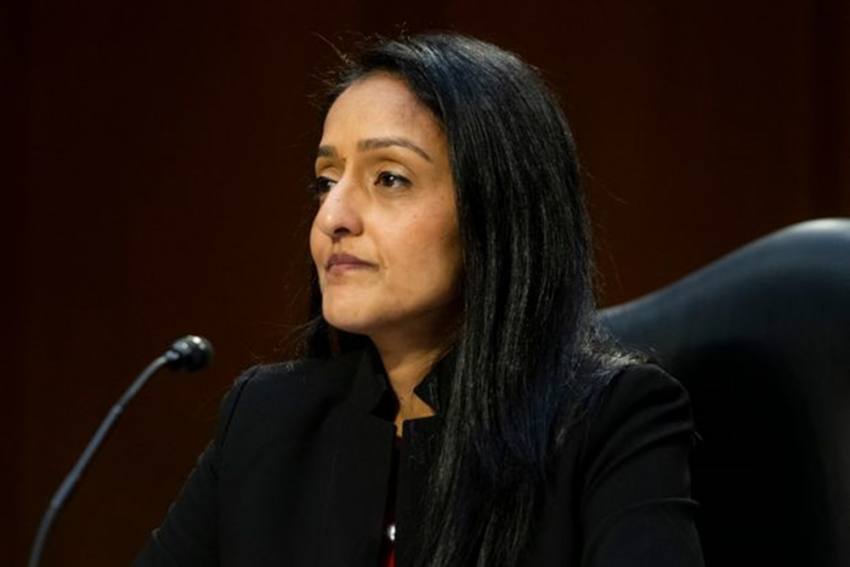 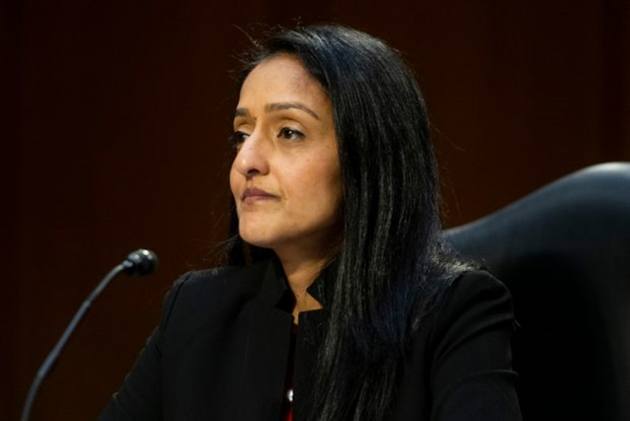 Vanita Gupta, a prominent Indian-American civil rights lawyer, has been confirmed by the US Senate as associate attorney general. She has become the first person of colour to occupy the third highest position at the Department of Justice. The Senate voted 51-49 to confirm Gupta. She is also the first civil rights lawyer to serve at one of the top three positions at the Department of Justice.

Vice President Kamala Harris was present in the Senate to cast her vote in case of a tie. The two parties have 50 members each in the 100-seat United States Senate.

“Congratulations to Vanita Gupta on making history as the first woman of colour to serve as associate attorney general. Now, I urge the Senate to confirm Kristen Clarke. Both are eminently qualified, highly respected lawyers who are dedicated to advancing racial equity and justice,” President Joe Biden said.

Republican Senator Lisa Murkowski broke away from her party colleagues to support Gupta (46), giving the Democrats 51 votes to see her through the historic confirmation on Wednesday.

Senate Majority Leader, Senator Chuck Schumer, who played a key role in her confirmation, said Gupta is the first-ever woman of colour and civil rights attorney to serve in the role.

“She will bring a long overdue perspective to our federal law enforcement agency,” he said.

The daughter of Indian immigrants who was born and raised in the Philadelphia area, Gupta has had an illustrious career of fighting for civil rights.

She received her Bachelor of Arts degree from Yale University and Juris Doctor from New York University.

At the age of 28, she started her career at the NAACP Legal Defense Fund where she successfully overturned the wrongful drug convictions of 38 Black Americans in Tulia, Texas.

While at the American Civil Liberties Union (ACLU), she fought to end mass incarceration and secured a landmark settlement against the Immigration and Customs Enforcement (ICE) on behalf of immigrant children that led to the end of family detention at the facility.

From 2014 to 2017, Gupta served as the assistant attorney general for civil rights under President Barack Obama, where she advanced criminal justice reform, prosecuted hate crimes, protected voting rights, and fought against discrimination.

“Vanita Gupta is the daughter of Indian immigrants who came to the US with only eight dollars and a dream. She has become one of the foremost civil rights advocates in the country and will effectuate our highest ideals of justice as associate attorney general,” said Neil Makhija, executive director of IMPACT, a leading Indian-American advocacy group.

“We are deeply proud of Vanita Gupta, knowing that she will be a stalwart champion for all Americans and in particular communities that have been marginalised. At a time when we see assaults on our voting rights and a rise in hate crimes, our country needs a champion for civil rights like Vanita Gupta at the highest levels of the Justice Department,” he said.

Wade Henderson, interim president and CEO of The Leadership Conference on Civil and Human Rights, said Gupta has broken through barriers her entire career in a life-long commitment fighting for the civil rights of every individual in the country, especially those from marginalised communities.

“It is no surprise she is making history yet again, this time as the first civil rights attorney and woman of colour to serve as associate attorney general. Now she must quickly get to work alongside Attorney General Garland, repairing the Justice Department’s deeply tarnished reputation and restoring its role as chief enforcer of our civil rights,” Henderson said.

“We are at a pivotal moment in our nation’s history, an inflection point at which we are rebuilding and defending democracy at the same time. As a long-standing champion of civil rights, Vanita Gupta is exactly the person we need to help lead the Justice Department and advance equal justice for all,” said Damon Hewitt, acting president and executive director of the Lawyers’ Committee for Civil Rights Under Law.

“She has an extensive and unassailable record when it comes to integrity and expertise in the administration of justice, and in advocating for the rights of people of colour- traits that are sorely needed at this moment to bring independence and integrity back to the Justice Department,” he said.