Compounds That Inhibit Entry And Replication of Coronavirus In Human Cells Identified: Study

The research, identifying how the virus attacks the body, can have implications on the development of anti-viral drugs for Covid-19. 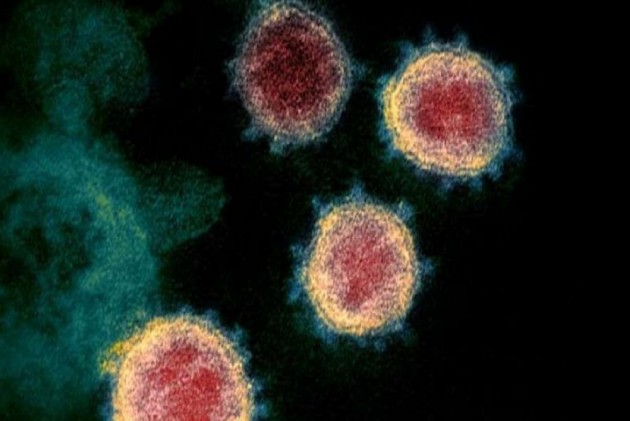 Scientists in the US have identified some existing compounds that can inhibit two key proteins required by the novel coronavirus to gain entry into human cells and reproduce, an advance that may help develop new effective anti-viral drugs for Covid-19.

SARS-CoV-2, the virus that causes Covid-19, attacks the body in multiple steps. Gaining entry into cells deep within the lungs and hijacking the human host cell’s machinery to churn out copies of itself are two of the earliest steps -- both essential for viral infection.

The new study, published in the journal Science Advances, found that some existing compounds can inhibit both the main protease (Mpro), a key viral protein required for SARS-CoV-2 replication inside human cells, and the lysosomal protease cathepsin L, a human protein important for viral entry into host cells.

"If we can develop compounds to shut down or significantly reduce both processes -- viral entry and viral replication -- such dual inhibition may enhance the potency of these compounds in treating the coronavirus infection," said Yu Chen, an associate professor at the University of South Florida Health (USF Health) in the US.

"Metaphorically, it's like killing two birds with one stone," Chen, co-principal investigator of the study, said.

The team, including the researchers from the University of Arizona (UA), built upon their previous work, which identified and analysed several promising, existing antiviral drugs as candidates to treat Covid-19.

All the candidates chosen to pursue target Mpro to block the replication of SARS-CoV-2 within human cells were grown in the laboratory.

Two of the compounds, calpain inhibitors II and XII, did not show as much activity against Mpro as another drug candidate called GC-376 in biochemical tests, the researchers said.

"We figured if these calpain inhibitors were less effective at inhibiting the virus's main protease, they must be doing something else to explain their antiviral activity," Sacco said.

They learned from research done by other groups, including collaborator and study co-principal investigator Jun Wang, from UA, that calpain inhibitors can block other proteases, including cathepsin L, a critical human host protease involved in mediating SARS-CoV-2 entry into cells.

They observed that the calpain II inhibitor fit as expected into the targeted binding sites on the surface of the SARS-CoV-2 main protease.

They also discovered that the calpain XII inhibitor adopted a unique configuration -- referred to as "an inverted binding pose" -- to tightly fit into Mpro active binding sites.

A close fit optimises the inhibitor's interaction with the targeted viral protein, decreasing the enzyme activity that helps SARS-CoV-2 proliferate, the researchers said.

"Our findings provide useful structural information on how we can design better inhibitors to target this key viral protein in the future," Chen said.

He noted that besides the increased potency, or desired drug effect at a lower dose, of targeting both viral protease Mpro and human protease cathepsin L, another benefit of dual inhibitors is their potential to suppress drug resistance.

"So a dual inhibitor makes it more difficult for antiviral drug resistance to develop, because even if the viral protein changes, this type of compound remains effective against the human host protein that has not changed," Chen added.