Pompeo met External Affairs Minister S Jaishankar in Tokyo on Tuesday and they underscored the need to work together to advance, peace, prosperity and security in the Indo-Pacific and around the globe. 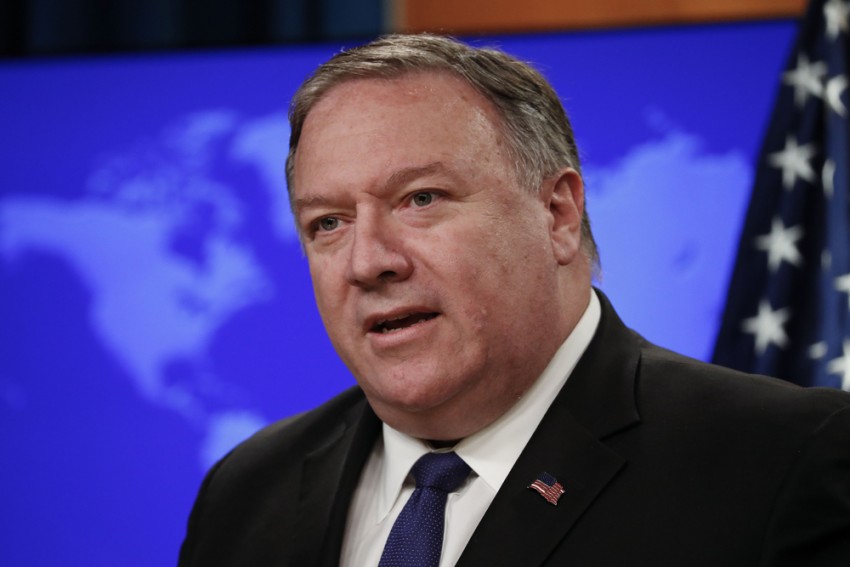 China has deployed 60,000 troops on India's northern border, US Secretary of State Mike Pompeo said on Saturday. Hitting out at Beijing for its "bad behaviour" and the threats it poses to the Quad countries, Pompeo said, "They see, the people of their (Quad) nations understanding that we all slept on this for too long. For decades, the West allowed the Chinese Communist Party to walk all over us.  The previous administration bent a knee, too often allowed China to steal our intellectual properties and the millions of jobs that came along with it. They see that in their country too."

The foreign ministers from the Indo-Pacific nations known as the Quad group - the US, Japan, India and Australia - met in Tokyo on Tuesday in what was their first in-person talks since the coronavirus pandemic began.

The meeting took place in the backdrop of China's aggressive military behaviour in the Indo-Pacific, South China Sea and along the Line of Actual Control (LAC) in eastern Ladakh.

"The Indians are seeing 60,000 Chinese soldiers on their northern border,” Pompeo told The Guy Benson Show in an interview on Friday after his return from Tokyo wherein he attended the second Quad ministerial with his counterparts from India, Japan and Australia.

"I was with my foreign minister counterparts from India, Australia, and Japan – a format that we call the Quad, four big democracies, four powerful economies, four nations, each of whom has real risk associated with the threats imposed – attempting to be imposed by the Chinese Communist Party. And they see it in their home countries too," he said.

Pompeo met External Affairs Minister S Jaishankar in Tokyo on Tuesday and they underscored the need to work together to advance, peace, prosperity and security in the Indo-Pacific and around the globe. He described his meeting with Jaishankar as "productive."

In another interview with Larry O’Connor, Pompeo said in his meetings with his counterparts from Japan, India and Australia, they began to develop a set of understandings and policies that can jointly take these countries to work to present a true resistance to the threats that the Chinese Communist Party poses to each of these nations.

"They absolutely need the United States to be their ally and partner in this fight," he said.

"But they’ve all seen it, whether it’s the Indians, who are actually having a physical confrontation with the Chinese up in the Himalayas in the northeastern part of India, the Chinese have now begun to amass huge forces against India in the north," he said.

Both sides have held a series of diplomatic and military talks to resolve the row. However, no breakthrough has been achieved to end the standoff. China unsuccessfully attempted to occupy Indian territory in the southern bank of Pangong lake in the last week of August.

"Whether it’s the Australians who did the simple thing of saying the Chinese screwed this deal up with the virus, and we’d like to understand what happened and said we ought to have a full investigation, and in exchange for that, the Chinese Communist Party began to extort, coerce, bully the Australians,” Pompeo said.

"The world has awakened. The tide’s begun to turn. And the United States under President Trump’s leadership has now built out a coalition that will push back against the threat and maintain good order, the rule of law, and the basic civic decency that comes from democracies controlling the world and not authoritarian regimes," Pompeo said.

In his third-interview to Fox News, Pompeo said that the US under Trump administration has begun to build out all the edifice of the structure and the allies and the coalition to push back against China.

"We aim to protect the American people from the threat that the Chinese Communist Party poses," he said.

Referring to his Quad ministerial meeting, Pompeo said that the three other countries Japan, India, and Australia were building out a coalition, build partners and allies around the world who understand the threat from the Chinese Communist Party in the same way that "we do so that they can protect jobs here at home".

"Look, they’ve stacked 60,000 soldiers against the Indians in the north. When the Australians had the temerity to ask for an investigation of the Wuhan virus and where it began, something that we know a lot about, the Chinese Communist Party threatened them. They bullied them,” Pompeo told Fox News.

"We need partners and friends. They’ll certainly try to react. But what the Chinese Communist Party had become accustomed to, frankly, for an awfully long time was watching America bend a knee, watching us turn the other cheek and appease them," he said.

"That only encouraged their bad behaviour, their malign activity. Our push back – they understand we’re serious about it. They’ve watched that we’re going to confront them and impose costs upon them. I am confident that this activity, over time, will change the nature of what the Chinese Communist Party tries to do to harm America,” Pompeo said.

India is expanding bilateral cooperation with Japan, the US and Australia in the Indo-Pacific region.