Landmark buildings in the United Arab Emirates (UAE) illuminated with the Tricolour to show solidarity with the country amid a massive surge in Covid-19 cases in India. The world's tallest building, Burj Khalifa, in Dubai and the Adnoc headquarters in Abu Dhabi were lit up with the Indian flag as well as the message "Stay Strong India" on Sunday night. 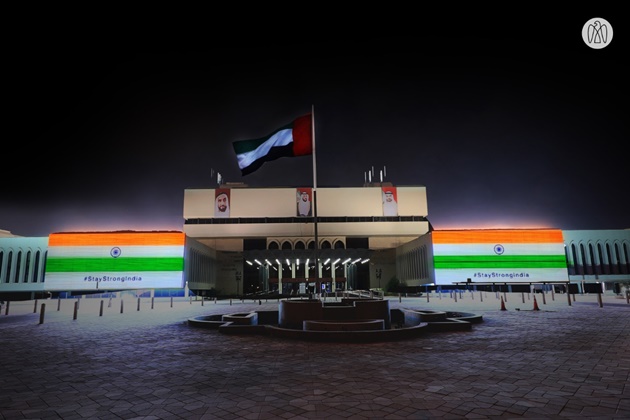 The UAE has affirmed that it stands in full solidarity with the Republic of India amidst the resurgence in COVID-19 cases and the challenging health situation in the country.

"As #India battles the gruesome war against #Covid-19, its friend #UAE sends its best wishes. Glowing star @BurjKhalifa in #Dubai lit up in Flag of India to showcase its support," Indian Embassy in the UAE tweeted on Sunday. 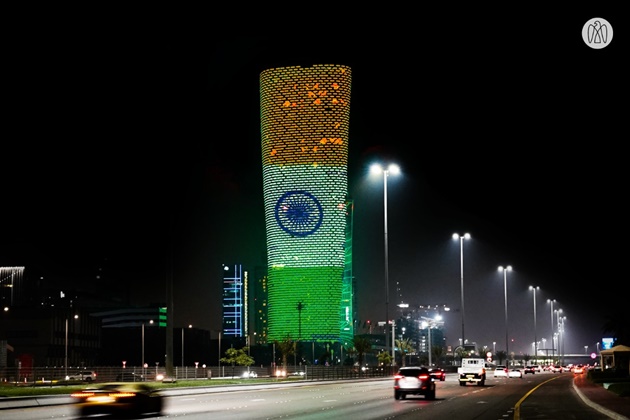 Ambassador of India to the UAE Pavan Kapoor said on Twitter: "India appreciates the UAE's strong support to its close friend in difficult times." 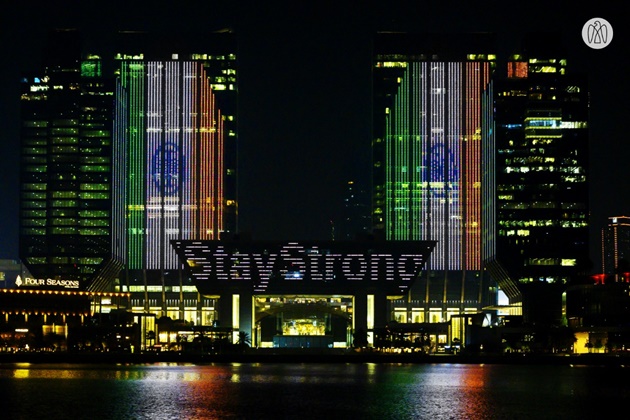 India's total tally of Covid-19 cases has climbed to 1,73,13,163 while active cases have crossed the 28-lakh mark. The death toll increased to 1,95,123 with a record 2,812 new fatalities, according to the Union Health Ministry data updated on Monday.

India is struggling with a second wave of the pandemic with more than 3,00,000 daily new coronavirus cases being reported in the past few days, and hospitals in several states are reeling under a shortage of medical oxygen and beds.

Meanwhile, Sheikh Abdullah bin Zayed Al Nahyan, Minister of Foreign Affairs and International Cooperation has affirmed his confidence in India’s ability to overcome the challenge of the resurgence in COVID-19 cases, the Gulf News reported. 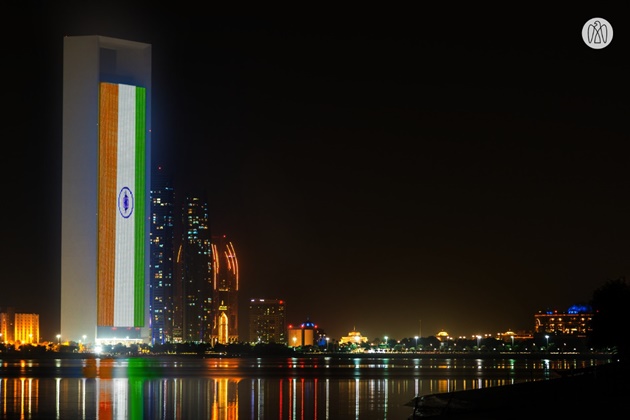 Sheikh Abdullah said the leadership, government and people of the UAE are in full solidarity with India. Sheikh Abdullah expressed the UAE’s keenness to dedicate all resources in support of the efforts currently undertaken by the government of India, the report added. 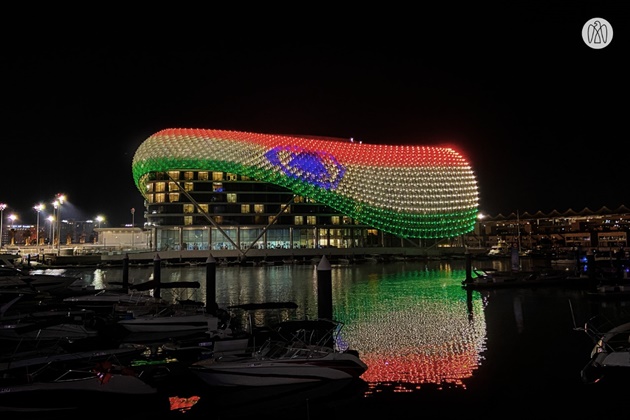 The UAE has banned travel from India for 10 days from Sunday due to the worsening Covid-19 situation in the country. However, departure flights will continue to operate and the ban will not extend to UAE citizens, diplomatic passport holders and official delegations, according to a report.

Several other countries which have restricted travel to and from India include the UK, France, Germany, New Zealand, Hong Kong, Oman and Pakistan.

The UAE and India boast longstanding strategic relations that started in 1972 with the initiation of diplomatic relations between the two nations that grew into fruitful cooperation based on mutual trust and common interest across all fronts. These privileged relations fructified into the signing of a comprehensive strategic partnership agreement between the two countries in 2017, it said.