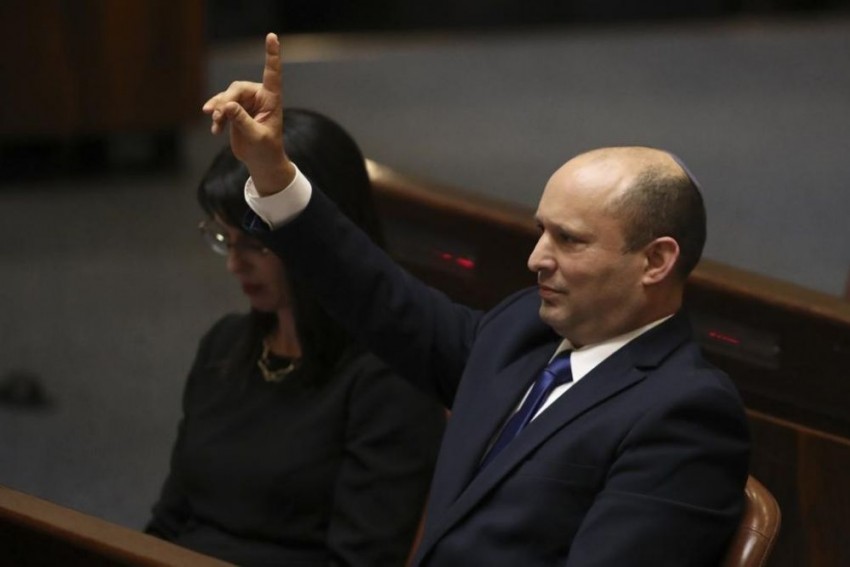 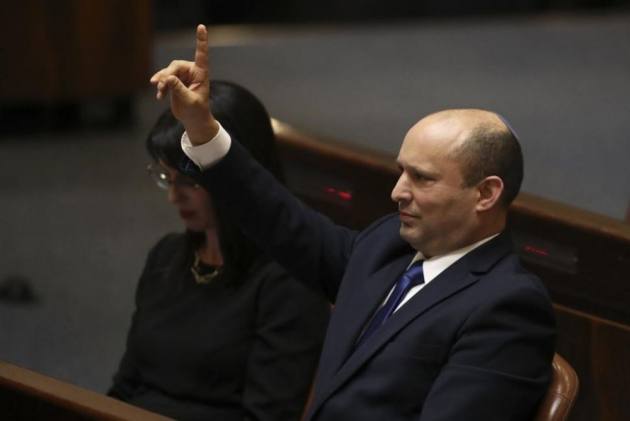 For the first time in 12 years, Israelis on Monday woke up to a new government and a new prime minister after Naftali Bennett secured the backing of parliament and ousted longtime leader Benjamin Netanyahu.

The two were slated to hold a handover meeting later in the day, but without the formal ceremony that traditionally accompanies a change in government.

David Bitan, a Likud lawmaker, told Kan public radio that Netanyahu was not holding the handover ceremony with Bennett because he feels “cheated” by the formation of the Bennett-Lapid government and “doesn't want to give even the slightest legitimacy to this matter.”

Under a coalition agreement, Bennett will hold office of the premier for the first two years of the term, and then Foreign Minister Yair Lapid, the architect of the coalition, will become prime minister.

The new government was sworn in late on Sunday and set to work Monday morning, with ministers announcing appointments of new ministry directors. Outgoing President Reuven Rivlin, who finishes his term in office next month, hosted Bennett, Lapid and the rest of the Cabinet at his official residence in Jerusalem for the official photo of the new government. Bennett and Lapid declined giving comments to the press.

Topaz Luk, a Netanyahu aide, told Army Radio that the former prime minister will “fight this dangerous and horrible government" as opposition leader. “He's full of motivation to topple this dangerous government as soon as possible,” Luk said.

World leaders have congratulated Bennett on becoming the 13th person to hold the office of Israeli prime minister.

British Prime Minister Boris Johnson congratulated Bennett and Lapid on forming a government, tweeting that “this is an exciting time for the UK and Israel to continue working together to advance peace and prosperity for all.”

Indian Prime Minister Narendra Modi, who shared close ties with Netanyahu, congratulated Bennett in a tweet in Hebrew, saying he “looks forward to meeting you and deepening the strategic relations between our countries.” Modi also voiced his “deep recognition” of Netanyahu's leadership.

Lapid, Israel's new foreign minister and alternate prime minister, spoke with US Secretary of State Antony Blinken and “discussed the special relationship between the US and Israel," he wrote on Twitter.

Bennett, 49, a former ally of Netanyahu turned rival, became prime minister after the 60-59 vote in Knesset on Sunday. The motion passed after a member of the coalition was taken by ambulance from hospital to the parliament building to cast her vote, and despite an abstention by a member of the Islamist Raam party.

He heads a diverse and fragile coalition comprised of eight parties with deep ideological differences, ranging from a small Islamist party to Jewish ultranationalists. Bennett said he is prioritizing mending the many rifts dividing Israeli society.

Bennett's ultranationalist Yamina party won just seven seats in the 120-member Knesset in March elections. But by refusing to commit to Netanyahu or his opponents, Bennett positioned himself as kingmaker. Even after one member of his religious nationalist party abandoned him to protest the new coalition deal, he ended up with the post of premier.

The Knesset vote capped a chaotic parliamentary session and ended a two-year period of political paralysis in which the country held four deadlocked elections. Those votes focused largely on Netanyahu's divisive rule and his fitness to remain in office while on trial for corruption charges.

Netanyahu has made clear he has no intention of exiting the political stage. “If it is destined for us to be in the opposition, we will do it with our backs straight until we topple this dangerous government and return to lead the country,” he said Sunday.

To his supporters, Netanyahu is a global statesman uniquely capable of leading the country through its many security challenges.

But to his critics, he has become a polarizing and autocratic leader who used divide-and-rule tactics to aggravate the many rifts in Israeli society. Those include tensions between Jews and Arabs, and within the Jewish majority between his religious and nationalist base and his more secular and dovish opponents.

Trip To Space: Here’s How Much Money You Would Need For 11-Minute Trip With Jeff Bezos