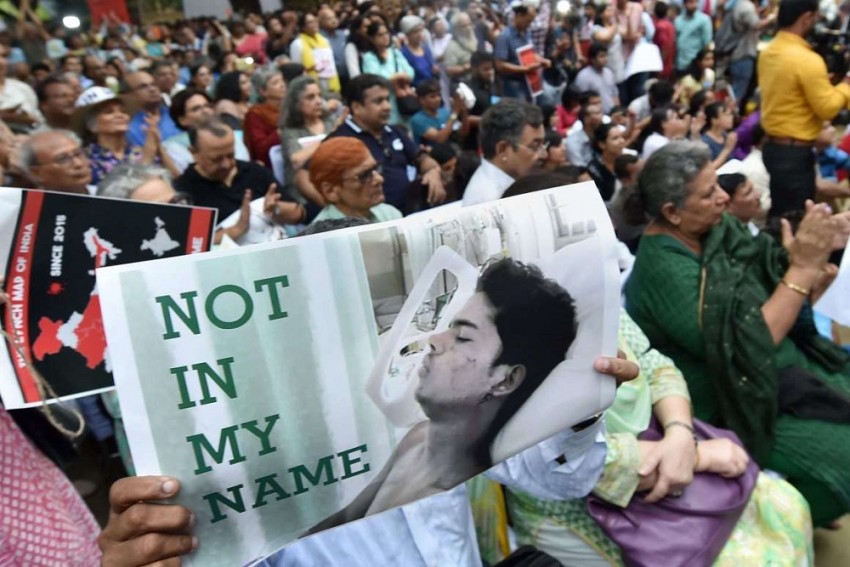 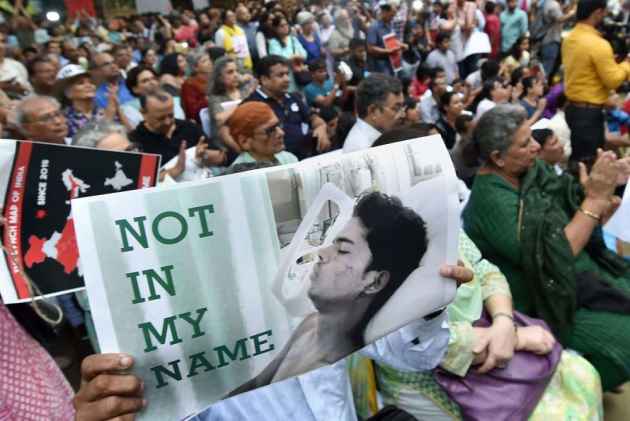 The country saw amazing protests on June 28, 2017 against the ongoing, recurring lynching of Muslims and Dalits by Hindu communal elements. ‘Not in my name’, these protests declared. But what is ‘in my name’? What does it stand for? In my name, there is compassion, love and brotherhood.

In my name, there is ‘the realization of the pain of others’, as the 15th century bhajan Vaisnava jan toh, which could be heard at the venue in Jantar Mantar, says so beautifully.

But is your name effective in stopping the violence? You have been fighting fake news with your truth. But are you sure your truth is not entangled in self-conceit and attachment to the mundane, things the bhajan warns you against?

A fake video inciting real violence is the truth today. This truth, the truth you call fake, appeals to the inner emotions of thousands, spurs them to collective and concerted action. They later go home and sleep well—the ‘authentic Indians’ constituting the nation having done their bit for its defence.

Reports challenging the fake video are seen as part of a conspiracy to weaken India. Truth is a cover for deceit. Those who talk of 2002 are lying—they are only trying to cover up for 1984. Those who say they defend the Constitution and democracy from authoritarianism are lying—since they were the ones who implemented the Emergency and believe in dynastic rule. Hence, if these are the ones who say there was no beef in Akhlaq’s fridge, then there must have been beef there! If they try to defend Akhlaq or Pehlu Khan, then, by association, these individuals too are suspect.

What do you see here? You see the success of ‘alternative reality’. You see the collusion of the political dispensation with the ‘decentred fascism’ of inflicting a thousand cuts on the republic. You rightly see all of that. But can we please go beyond that? Can we also point a finger towards ‘ourselves’, see ourselves in the mirror?

Then perhaps we can see not just ‘their success’, their sinister moves, that we accept as always overpowering, but also our failure. The failure of our truth to establish itself. There are any number of media voices and websites that are, for example, providing fact-checkers and exposing the lies of right-wing populism. When Modi in his speech in Gonda on Feb 24, 2017 connected the horrific Kanpur train accident with ‘conspiracy from across the border’, there were many who called out the bluff. When, around the same time, Modi said crime rates are highest in the country in UP, a fact-checker proved his data was wrong.

But the real problem is this: truth has lost its power and force. It should force you to reflect on yourself. The first requirement of transformative politics is to acknowledge that the truth you put forward is unable to take on fake news. You or your truth can contain no moral power. Your call for an end to public lynching and the return to a moral order rings hollow.

Why? Because truth has been snatched by the crooks. The ‘lesser evil’ have sneaked their way back into the limelight, this time under the banner of social justice, tolerance and secularism. Wasn’t Hillary Clinton, the ‘lesser evil’, ready to join radical protests after her defeat? Or think of Rahul Gandhi joining the protests for Rohith Vemula or the JNU protests, which unfairly placed these protests in the ‘BJP versus Congress’ frame, doing untold damage to those sections of the progressive movement who have fought the sins of the Congress establishment for the longest time.

Opportunism has created this quagmire. The Left and the Congress are hoping to somehow come back to power. They want to score brownie points over the BJP, form a ragtag secular alliance and hurtle back to power. They do not want to learn any deeper lessons from the stranglehold the RSS/Hindutva has over Indian society. They think everything is as fine, no real social transformation is needed, so long as the Left or secular-democrats return to power.

As the Congress and other mainstream liberals try to live off the truth produced by genuine movements, the truth itself suffers. It has to carry the burden of the cocktail of Congress’s corruption, dynastic politics, the pogroms, the Emergency and authoritarianism. The Left, on its part, keeps carrying this cross in the name of an alliance of democratic forces against ‘fascism’. They forget that this alliance produces negative results—it’s the Congress which gains some moral legitimacy, not the Left.

Majoritarianism in India gains its traction from the divergence between the truth and its carriers. The crimes of India’s secular democracy are too many to be overlooked. Truth lies beleaguered, mobilized and claimed by those who darken it with their shadows. I wonder sometimes if Pehlu Khan and Akhlaq were perhaps better off without the progressives and truth-tellers of today. A new truth, a new name, a new virtue must be constructed. Narsi the poet says in that bhajan:

They have forsaken greed and deceit,
They stay afar from lust and anger,
Narsi says: I'd be grateful to meet such a soul,
Whose virtue liberates their entire lineage.

(Saroj Giri teaches Politics at University of Delhi, and is an activist.)

July 1 Not Last Date For Linking Your Aadhaar With PAN, Here's All You Need To Know