Tottenham 2-0 West Brom: Harry Kane Marks Return With Goal As Spurs Get Back To Winning Ways

Tottenham beat West Brom 2-0 to return to winning ways in the Premier League, with Harry Kane scoring one and playing a part in the other 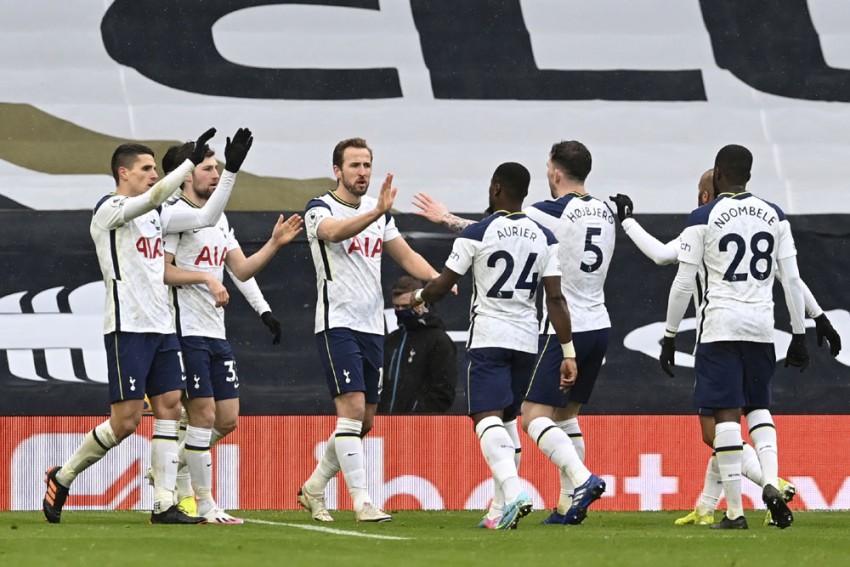 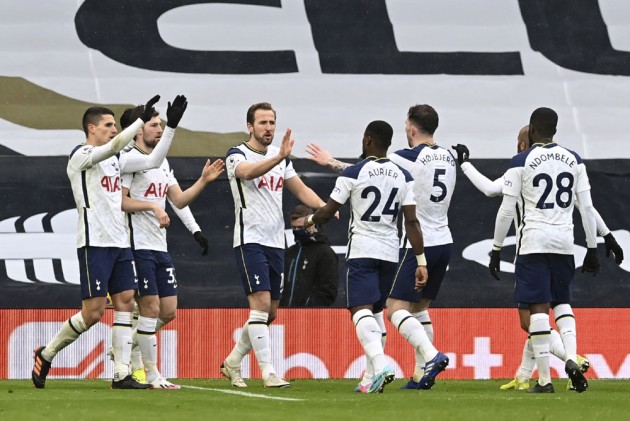 Harry Kane marked his return from injury with a goal as Tottenham saw off West Brom 2-0 to snap a three-game losing run in the Premier League. (More Football News)

Spurs had slipped down to ninth after losing to Liverpool, Brighton and Hove Albion and Chelsea, but a much-improved display on Sunday has them back in top-four contention.

Jose Mourinho's men failed to score in the last two of those defeats without Kane in the side, but their returning talisman opened the scoring against a struggling West Brom side.

Son Heung-min was on the scoresheet four minutes later and Tottenham had no trouble in seeing out the victory as they recorded their first league double in this fixture since 2011-12.

Kane, a surprise inclusion in the line-up, fired into the side-netting from the edge of the box and then dragged wide with only Sam Johnstone to beat as his rustiness told early on.

The Spurs striker did at least manage to test Johnstone with an angled shot late in the first half and the West Brom goalkeeper was also equal to Serge Aurier's diving header.

Tottenham's failure to convert almost cost them when Mbaye Diagne headed Robert Snodgrass' cross on target for Hugo Lloris to produce a big save of his own.

But it took Spurs and Kane just eight minutes of the second half to find a breakthrough - the striker taking Pierre-Emile Hojbjerg's pass in his stride and firing past Johnstone.

Kane then played a part in Tottenham's swift second that was rounded off by Son's drilled strike after being played in by Lucas Moura.

Diagne had a couple of goals rightly ruled out for offside in the remainder of the game but Tottenham, who made 16-year-old Dane Scarlett their youngest-ever Premier League player late on, saw out a comfortable win.

13 - Only in 2016-17 (14) has Son Heung-Min scored more goals in a single Premier League campaign than the 13 he has netted already this season. Heights. #TOTWBA pic.twitter.com/mEf4KU8IZF

What does it mean? Kane kickstarts Tottenham's season

The pressure was therefore on the Portuguese heading into this game and his side responded with a deserved victory, inspired by their undisputed star man Kane.

Kane scored one and played a key part in the second which, combined with a first clean sheet in six league games, moves Spurs within four points of the top four.

Kane closing in on record

Kane now has 208 goals in 317 appearances in all competitions for Spurs, making him the joint-second highest scorer in the club's history alongside Bobby Smith (also 317 apps) - only Jimmy Greaves with 266 goals has more.

He played the full 90 minutes here, despite his recent ankle injury issues, and tried his luck a game-high five times in total.

After six games without a goal, Son was back on the scoresheet here with a well-taken effort - his 13th in 22 top-flight appearances this season, level with Kane.

Only Newcastle United's Callum Wilson (40 per cent) and Dominic Calvert-Lewin of Everton (38 per cent) have scored a higher portion of their team's goals than Son and Kane (36 per cent each).

Tottenham travel to Everton in the last 16 of the FA Cup on Wednesday before taking on Manchester City at the Etihad Stadium on their return to league action next weekend.

West Brom have a seven-day rest ahead of hosting Manchester United in their next top-flight outing.