India won the ODIs 2-1, but lost the T20I series 1-2 after several players of the squad had to be isolated owing to Krunal Pandya's infection 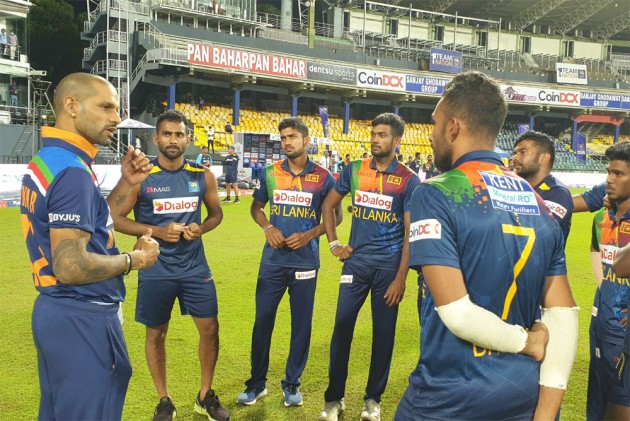 However, it couldn't be confirmed whether the two UK-bound players -- Suryakumar Yadav and Prithvi Shaw -- are leaving from the Sri Lankan capital itself or will be coming back to India on a charter plane with the rest of the squad before flying off again.

India lost the T20 series 1-2 after several players of the squad had to be isolated owing to Krunal's infection.

"Yes, only Krunal will have to stay back in Sri Lanka for the time being due to the mandatory isolation period of one week," a senior BCCI official told PTI on conditions of anonymity.

"After one week, if he has two negative RT-PCR reports, he will be allowed to fly back. Currently he is in the fourth day of his isolation. All others are free to depart as they have all tested negative," he added.

The Indian team on Thursday finished the series, which initially was delayed due to multiple COVID-19 cases in the Sri Lankan camp after they returned from their tour of United Kingdom.

The ODI series was delayed by five days and then the second T20 International, slated on Tuesday, had to be deferred by a day after Krunal tested positive, having shown symptoms on that day.

Eight other players, who were deemed his close contact, were alos isolated and tested.

However all the eight had tested negative.