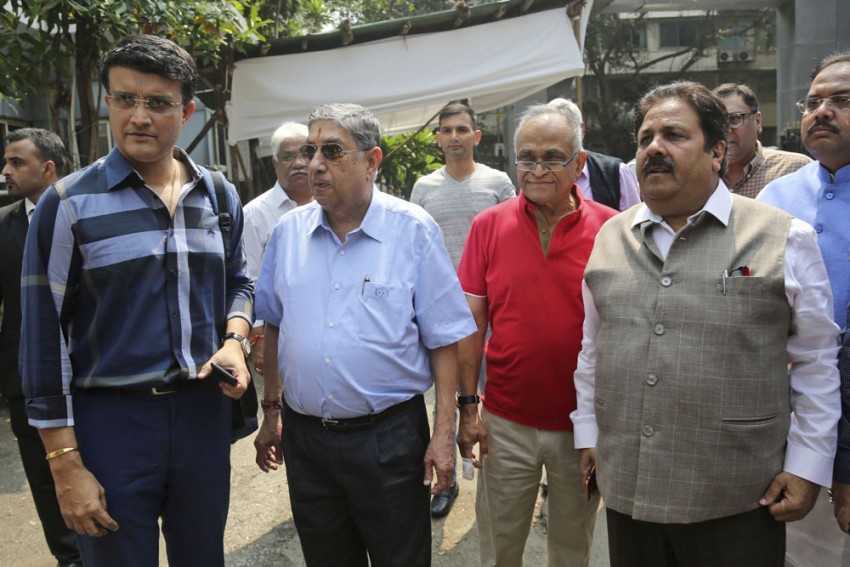 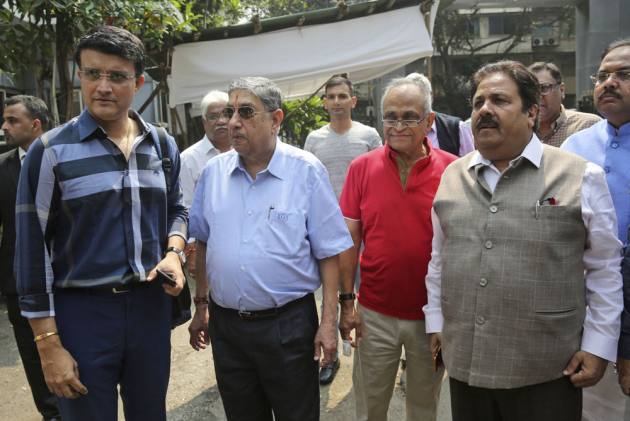 The old guard, it seems, is refusing to leave the BCCI. Wednesday’s general body meeting, at which Sourav Ganguly took charge as BCCI president, had two parts, but the bigger surprise was the dramatic appearance of old guards like N. Srinivasan, Niranjan Shah, and Rajeev Shukla, in the second half. (More Cricket News)

In the first part of the meeting, the first meaningful one after almost four years, the Supreme Court-appointed Committee of Administrators (CoA) handed over of the charge by to the new, formally elected office-bearers. And in the second half, about which a majority of state association representatives were not aware, made the surprise entry, and even delivered speeches, besides the outgoing BCCI office-bearers CK Khanna, Amitabh Choudhary, and Anirudh Chaudhry.

Srinivasan and Rajeev Shukla, both prominent members of the two factions that fought to take control of the new BCCI before the elections took place this month, spoke in conciliatory tones and talked about the age-old, clichéd “a united BCCI after elections” line, informed members who attended the meeting. The stalwarts also “cursed” the Supreme Court-appointed CoA for “taking away three years” from the BCCI members, said one of the attendees from a state association.

The official said that the representatives of the BCCI affiliates who had come from all across the country had already started leaving the meeting venue, the BCCI headquarters at the Wankhede Stadium here in Mumbai, when they were suddenly called back in. “There was a ‘second round’ of the general body meeting as well. This was not part of the plan. We were leaving the BCCI office after the meeting when someone said something was going on, and then we were called back in for, what can be termed as the second round of the meeting. Anyway, half of the time we don’t know what is going on in the BCCI,” the official, familiar with the BCCI working, told Outlook on condition of anonymity. He, however, spared the new office-bearers as they have just taken charge.

“In this meeting, after the CoA left the meeting room, Srinivasan, Shukla, acting president Khanna, acting secretary Amitabh Choudhary, and treasurer Anirudh Chaudhry surprised us as they joined the meeting. Some of them spoke as well, about how the BCCI is always united after elections, and also cursed the CoA,” said the official.

The official said that Srinivasan in particular had no kind words for the CoA. “Srinivasan said how for three years BCCI was ‘tortured’ – he did not use that word exactly, but it literally meant that – and harassed had to face a lot of flak and all that. He also pointed out the states did not get their due money. He also said that in previous years the BCCI had shown a united face and this time also the BCCI stands united, and unanimously election of the office-bearers showed that the Board was united,” he said.

The reason for Srinivasan’s annoyance with the CoA is not difficult to comprehend. The Tamil Nadu Cricket Association (TNCA), of which he is the immediate previous president and has been succeeded by his daughter, has not amended its constitution as per the directions of the Supreme Court and the CoA. As a result, the Electoral Officer, disallowed TNCA and a few other non-complaint state associations from attending the meeting.

Another surprising thing at the meeting was that no one introduced the new BCCI office-bearers to the house, after Electoral Officer N. Gopalaswami declared the election results in the presence of the CoA and the general body.

“Interestingly, there was no formal introduction of the new office-bearers; no one introduced them to the gathering. Generally, you introduce yourselves to new people you meet. Even in Parliament the newly elected Members are introduced to the house,” quipped the official.