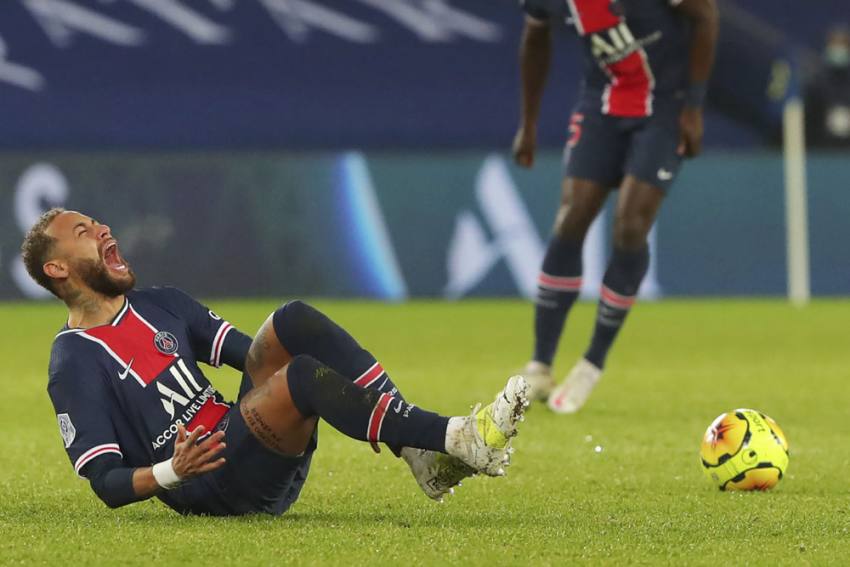 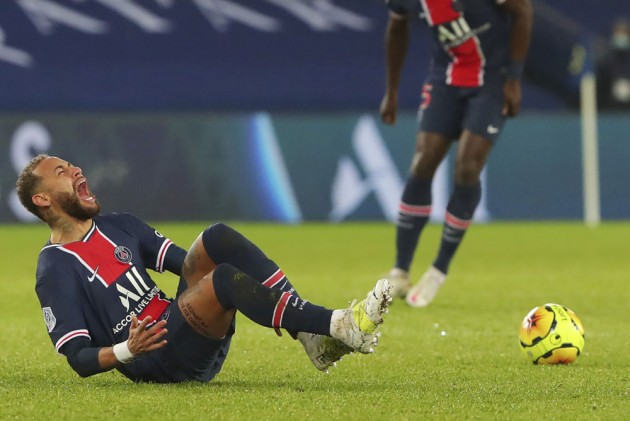 Neymar's medical examinations on the ankle injury he sustained in the loss to Lyon are "reassuring" but the Paris Saint-Germain forward will undergo further checks. (More Football News)

The Brazil superstar was taken from the field on a stretcher late in Sunday's surprise 1-0 Ligue 1 defeat at Parc des Princes and was in noticeable discomfort after a challenge from Thiago Mendes.

It was initially reported Neymar, who was in tears as he left the field, had sustained a broken ankle as a result of the tackle that saw Mendes sent off following a VAR review.

Head coach Thomas Tuchel told Telefoot after the game: "No news, he's with the doctors and we have to wait for the exams tomorrow."

PSG have now offered an update following the initial scans, with a club statement revealing: "The medical examinations carried out on Neymar Jr are reassuring following his twisted ankle in Sunday's game against Lyon.

"Further examinations will be carried out in 48 hours."

Neymar has three goals and as many assists in seven Ligue 1 appearances for PSG, whose setback against Lyon saw them slip to third.

Barcelona Vs Paris Saint-Germain Live Streaming: When And Where To Watch UEFA Champions League Round Of 16 Match