Jurgen Klopp's side monopolised possession and carved out the best opportunities, but against a spirited Newcastle side a winner eluded them. 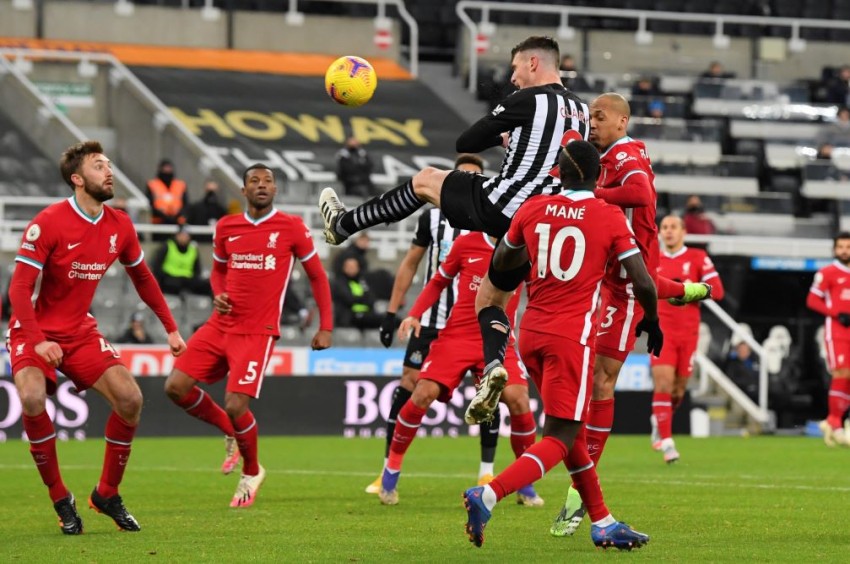 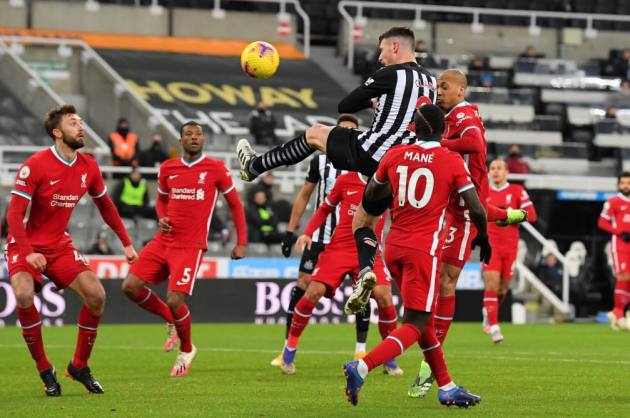 Liverpool will end 2020 three points clear at the top of the Premier League but were left frustrated after a goalless draw with Newcastle United on Wednesday. (More Football News)

Jurgen Klopp's side monopolised possession and carved out the best opportunities at St James' Park, but against a spirited Newcastle side a winner eluded them.

Liverpool's front three of Mohamed Salah, Roberto Firmino and Sadio Mane all had chances, only to find Karl Darlow in inspired form in the Newcastle goal.

It was the first 0-0 between the sides since 1974 and left Liverpool three points ahead of second-placed Manchester United having played a game more.

Newcastle began brightly as Callum Wilson glanced an early header wide and then outpaced Nathaniel Phillips but saw his goalbound shot from a tight angle blocked by Fabinho.

The Reds slowly found their rhythm and Salah beat the Newcastle offside trap, yet Darlow was sharp off his line to narrow the angle and superbly push the ball wide.

The in-form Darlow produced another brilliant diving save to keep out Firmino's header on the stroke of half-time.

Mane's near-post header clipped the side netting moments after the interval, while Salah shot wide from a good position after he was released by Firmino shortly after the hour.

The Reds looked most likely to fine a winner late on and Fabian Schar hooked the ball off the line with Mane lurking with 10 minutes left.

However, Steve Bruce's side rolled up their sleeves and Darlow made another late stop from Firmino to end a run of five consecutive defeats against Liverpool.

What does it mean? Reds face title scrap

Liverpool ended 2019 with a 13-point lead at the top after 19 games, but their advantage this time around - albeit having played four fewer matches - is much more slender.

The Reds ran away with the title last season, yet results such as these emphasise the challenge they face this term.

Newcastle had failed to keep a clean sheet in any of their past 11 Premier League home games before this encounter.

That they managed to shut out the Premier League champions owed much to the performance of Darlow, who made four excellent saves and was a calming presence throughout.

Sadio struggles in the Toon

Mane had been directly involved in seven goals in his previous eight away top-flight matches (six goals, one assist) but was below his best here.

The Senegal forward failed to register a single shot on target and struggled to find his team-mates often enough, with his pass completion of 75.6 per cent the second-worst among all Liverpool players.

- The Magpies have gained their first point against Liverpool in the Premier League since October 2017 (1-1), ending a run of five consecutive defeats.
- Newcastle and Liverpool have played out a goalless draw for the first time in 74 matches in all competitions, last doing so in a top-flight game in February 1974.
- Liverpool have failed to win their final league game of a calendar year for the first time in seven years, winning each of their previous six since a 1-2 defeat to Chelsea in 2013.
- The Reds have failed to score in a Premier League game for the first time in 22 matches; they are the final side to do so in 2020-21.
- Fabinho is the sixth Brazilian player to reach 100 appearances for Liverpool in all competitions (also Alisson, Aurelio, Lucas Leiva, Coutinho and Firmino).
- Liverpool's sole shot on target in the second half came in the 88th minute. They have now managed just one attempt on target after half-time in their last two games.

Liverpool begin 2021 with a trip to Southampton next Monday, while Newcastle play the day before when Leicester City are the visitors to St James' Park.