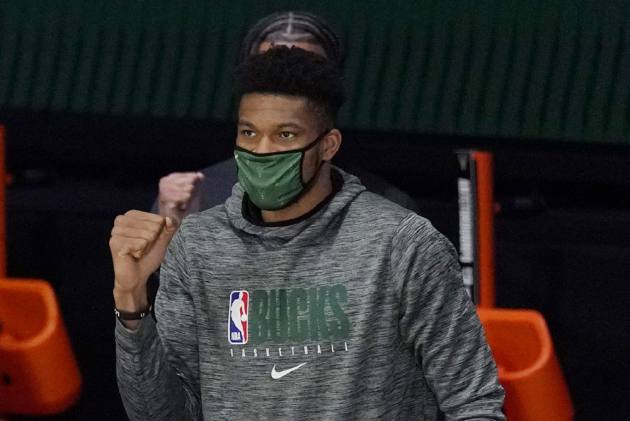 The Milwaukee Bucks have been the regular season pacesetters in the NBA's Eastern Conference in recent seasons, but they sit third heading into the closing stages of the 2020-21 campaign. (More Basketball News)

It is the Philadelphia 76ers and Brooklyn Nets who instead lead the way, tied with 39-20 records - 2.5 games clear of Milwaukee.

Yet the Sixers had first place outright prior to Thursday's game against the Bucks in which they failed to recover from a tough first quarter.

Philly do not have to wait long for revenge, though, with the two teams meeting once more at Fiserv Forum on Saturday.

MVP challenges are on the line as well as seedings in the East as two potential title contenders get prepared to go again.

Teams ranked 7-10 will participate in the NBA Play-In Tournament after the regular season (May 18-21) to secure the final two spots in the Playoffs for each conference. pic.twitter.com/HnRVtyFmFR

Embiid was the MVP favourite until a knee injury at the start of March that forced him to miss almost a month of action.

He was averaging 29.9 points and 11.5 rebounds per game and the 76ers had a 24-7 record with him on the floor. They were 2-5 in the seven games Embiid missed prior to his extended lay-off.

The center returned earlier this month, seemingly with enough time to wrestle the top individual award back from Nikola Jokic, and he has since averaged 30.1 points, missing only a single game.

But the Sixers have now lost three in a row and Embiid's hopes appear to be fading after he was outshone by the reigning MVP.

It does not appear there will be a third MVP win in a row for Antetokounmpo after his momentum was checked by sitting six straight games.

But the 'Greek Freak' was back to his best against the 76ers, scoring a game-high 27 points, and can focus instead on a first title triumph in the postseason.

And Antetokounmpo feels playing a fellow challenger again on Saturday "prepares you for the playoffs".

"Playing teams back to back is awesome," he said.

Giannis: “One day I’m going to break your record”

Michael Redd: “I know you will” pic.twitter.com/d24ju3jb8H

For the 76ers, "playing harder" will have to start from the tip-off. Their 14-point first-quarter deficit proved too significant against such a talented team.

As the Sixers missed one of the best defensive players in the league in Ben Simmons due to illness, Milwaukee firmly had the upper hand early on.

Philadelphia had no answer as they allowed 40 points, their second-worst mark in a first quarter this year. This came as the Bucks shot at 73.7 per cent from the field through 12 minutes, the best rate among the Sixers' 2020-21 opponents.

Jrue Holiday, a star on both ends, had seven of his 12 points in the first three minutes alone.

"That first quarter, they get every shot they wanted," Doc Rivers said. "We didn't offer any resistance."

Thursday's game was the teams' second this season and the second Milwaukee victory after they won in overtime in March, again led by Antetokounmpo (32 points, 15 rebounds).

The Bucks have a 113-102 lead over Philadelphia all-time in the regular season.