Virat Kohli, who played a sublime innings of career-best 94 not out in India's six-wicket win over Kieron Pollard's West Indies in the first T20 International. 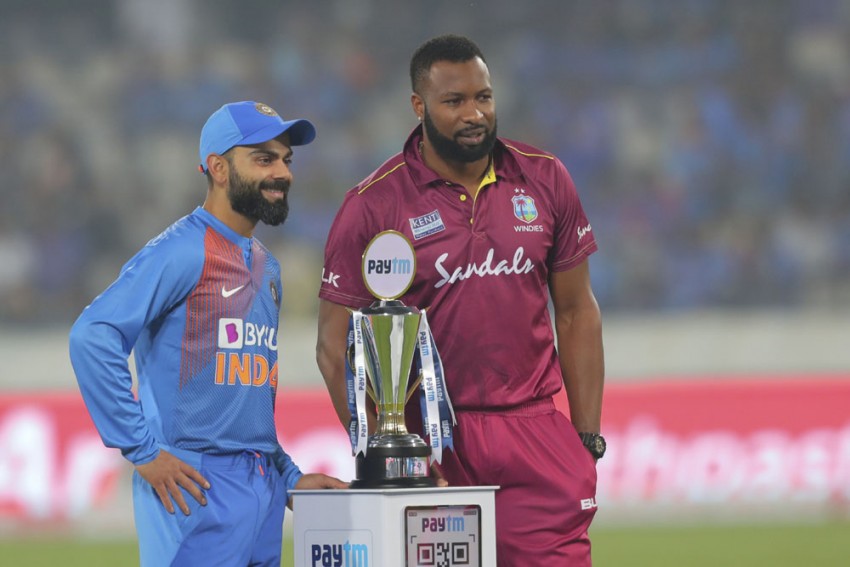 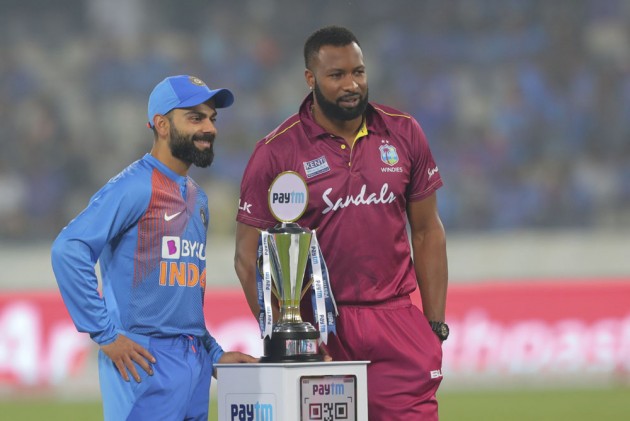 Indian captain Virat Kohli on Friday said that he's not a player who hits the ball in the air to entertain the crowd but someone who wants to do his job and win matches for the country. Meanwhile, West Indies captain Kieron Pollard rued his side's execution of plans after the defeat to India.

Kohli, who played a sublime innings of career-best 94 not out in India's six-wicket win over West Indies in the first T20 International, said he does not want to play slam-bang cricket even in this shortest format.

"Whenever I play T20 cricket I am not someone who comes to the ground to hit the ball in the air to entertain the crowd. I focus on doing the job. Our strength as a team is to strike in the latter half of the innings," Kohli said after the match.

After hitting Kesrick Williams for a six in the 16th over, a fired up Indian captain also used his bat as an imaginary notebook to "tick" the bowler's name off. Kohli later said that he remembered Williams doing the same in Jamaica when the Indian team was there for a tour.

"It's not the CPL (about Williams' celebration), it happened to me in Jamaica when he got me out. So I thought I'll tick a few in the notebook as well, but all good. There were a few words, but smiles at the end," Kohli said.

"That's what you want to see. Good competitive cricket but in the end shake hands and give a hi-fi. That's what cricket is all about. Play it hard but have respect for opponents."

He said while chasing a big total, there were a lot of distractions with the scoreboard pressure, but after playing a few dots, he began to settle down and got himself into shape to play the shots.

"All the young batsmen watching don't follow the first half of my innings. That was really bad and I was trying to hit too hard," he said with a smile.

"It was just about keeping up to the game because I didn't want to put KL (Rahul) under pressure, so tried to strike at 140 at least, but I couldn't get going properly. I analysed what went wrong and played accordingly in the second half of my innings. I was trying to hold my shape and realised I am not a slogger, so tried to rely on my timing."

West Indies captain Kieron Pollard said that his side did not execute the plans properly.

"208 to defend, on any day, you'd take that 10 out of 10 times. Where we lost the game was the extras and our bowling. Our execution was poor. If we had executed the plans we had spoken about, despite the good batting wicket, it would have been a different scenario," he said.

"There are two areas in any game, and with the bat the guys were exceptional. There are a lot of positives to take from this game. Hetmyer and Lewis got back amongst the runs and that was quite satisfying, but we need to do the all-round basics right."

"Hopefully I have an idea of when to come up the order as a captain, and in a pressure situation, it's important to push yourself and it's a pleasure to perform for your team any day and get them across the line.