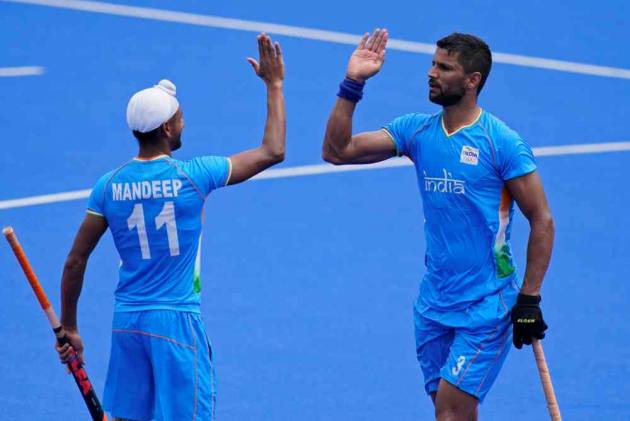 All eyes on Tuesday will be on the Indian men's hockey team which will lock horns with world champion Belgium in a Tokyo Olympics semifinal match. The men's hockey team is playing an Olympic semifinal after the 1972 Munich Olympics. Although India won gold in the 1980 Moscow Games, there were no semifinals with the top two among six nations playing the final after a round-robin league. India's wrestling campaign starts on Tuesday with the prodigious Sonam Malik taking the mat in the 62 kg Round of 16. Sonam had beaten Sakshi Malik, the Rio 2016 bronze medallist, to make the Indian squad for Tokyo 2020. Watch India's athletes on live streaming. (MEDAL TALLY | AUGUST 2 RESULTS |NEWS)

Women’s freestyle 62kg round of 16: Sonam Malik vs Bolortuya Khurelkhuu - After 9 AM IST