Imran Nazir More Talented Than Virender Sehwag But Didn't Have Brain Like The Indian: Shoaib Akhtar 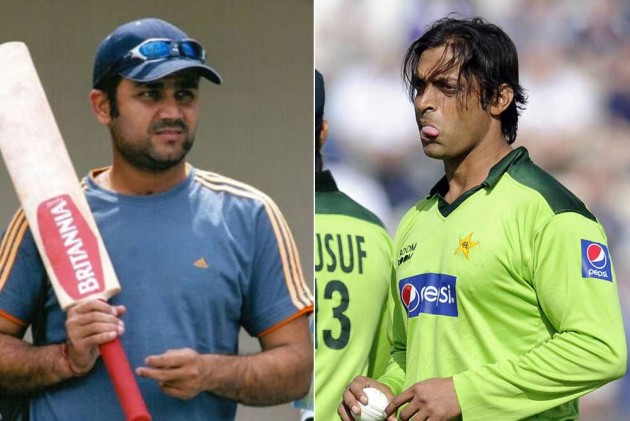 Former Pakistan speedster Shoaib Akhtar has claimed that Imran Nazir was a more talented batsman in comparison to Virender Sehwag but he didn't have the brain which the explosive Indian opener had. (More Cricket News)

He, however, believes Pakistan didn't use Nazir well else the team would have had a better player in him than Sehwag.

"When he hit a brutal hundred against India in a match, I asked them to play Imran Nazir consistently but they didn't listen," he said.

"It is unfortunate that we do not know how to take care of our brands. We could have had a player better than Virender Sehwag in Imran Nazir. He had all the shots while also being a good fielder. We could have utilised him brilliantly but we just couldn't," he added.