While Rohit Sharma is recuperating from a hamstring injury, Jaspirt Bumrah has been rested from the T20 matches keeping in mind the upcoming four-Test series against Australia 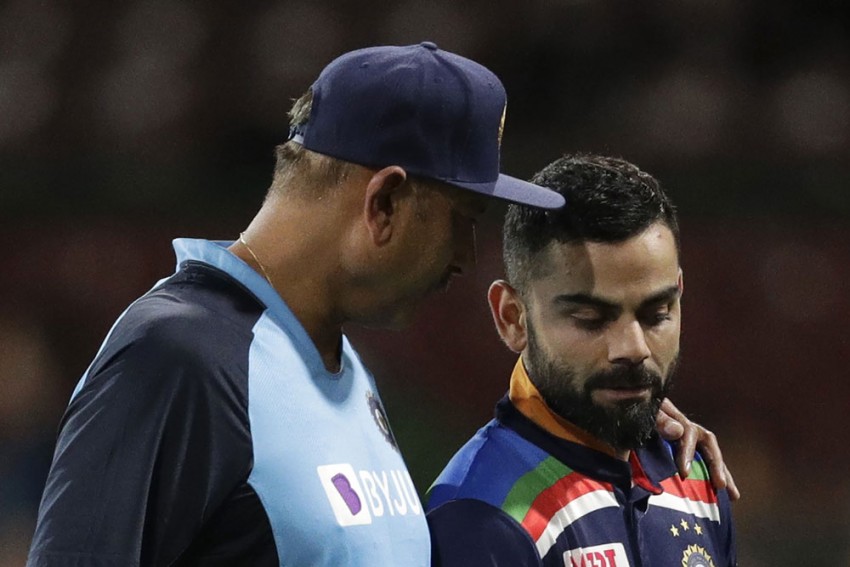 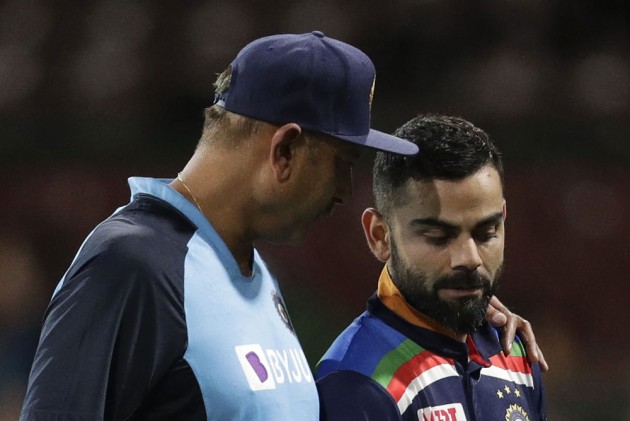 India captain Virat Kohli on Sunday said winning the T20 series against Australia without established players like Rohit Sharma and Jasprit Bumrah meant a great deal to him and lavished praise on the marauding Hardik Pandya's "raw talent".

Pandya struck an unbeaten 22-ball 42 to take India home with six wickets in hands in the second T20 International and help the visitors take a 2-0 unassailable lead in the three-match rubber in Sydney.

"Yeah meant a great deal. We've played as a team in T20 cricket. The fact that we don't have Rohit and Bumrah, our established white ball players, in and still doing well makes me happy and I am very proud of this team," Kohli said after the win.

While Rohit has missed the series because of a hamstring injury he suffered during this year's IPL, Bumrah has been rested from the T20 matches keeping in mind the upcoming four-Test series against Australia.

The India skipper believes that with his raw talent, Pandya, who earned the man-of-the-match award for his batting, can become a bankable player for the team in years to come.

"The reason for him (Hardik) coming into the team in 2016 was pure ability. He has raw talent. And now he realises that this is his time, the next 4-5 years, to be that bankable player that can win you games from anywhere. His plans are right and I'm glad to see that," Kohli said.

"He now realises that this is the time to establish in that (finishing) role and play match-winning knocks for us. He plays with all his heart and he certainly got that competitive nature about him and also has the skill to execute that at the highest level."

Kohli said the players put up a team effort to bounce back in the T20 series after losing the ODI rubber 1-2. He credited the IPL for making India a formidable T20 outfit.

"Everyone has played 14 games at least, recently, so they know what their plans are. Natarajan was outstanding and Shardul was good today. Hardik finishing off the game and Shikhar getting that fifty, it's a whole team effort," he said.

"We kept them to a total which we thought was quite chaseable with the short boundary. It's contributions from the whole team that make you feel better because young players are taking their opportunities."

Australia's stand-in skipper Matthew Wade, who led in place of an injured Aaron Finch on Sunday, felt despite posting 194/5 on the board, the hosts were a few runs short of a par score.

He also rued poor execution from his bowlers while defending the target.

"It was good fun (to be captain), a lot more fun till Hardik came out. I think we might have been a little short - not a lot, but then it doesn't matter when Hardik is in (this sort of form).

"Unfortunately, we didn't execute well towards the end with the ball. When you get a start like that you want to push but I was disappointed with the way I got out and the timing of my wicket as well," said Wade, who made 58 off 32 balls after opening the innings.

India had won the first T20 by 11 runs in Canberra. The final match of the series will be played here on Tuesday.