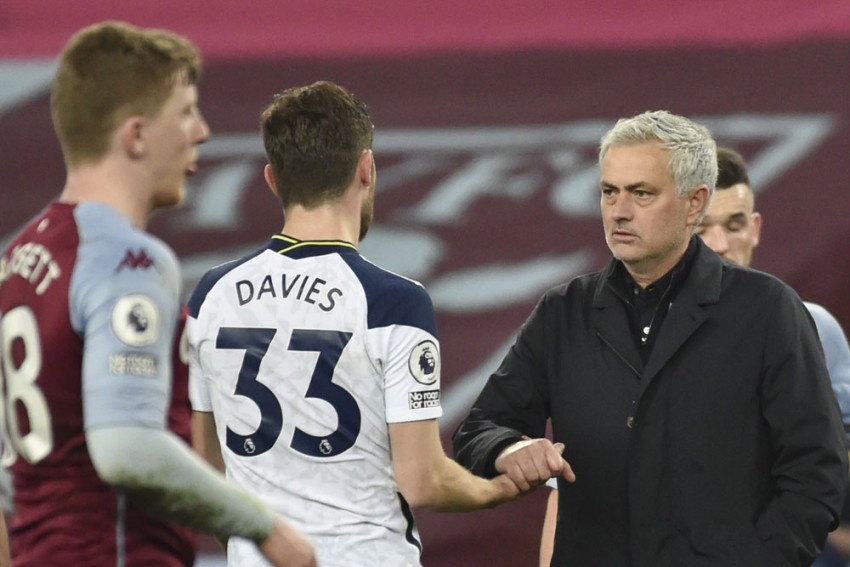 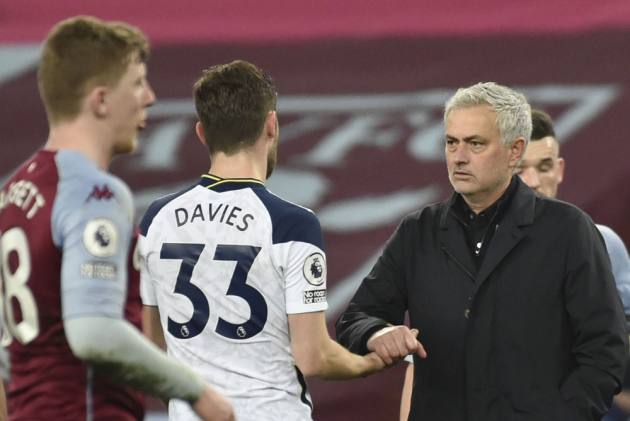 Tottenham ended an awful week with a much-needed win as Aston Villa went down 2-0 in the Premier League on Sunday. (More Football News)

Spurs' season had gone off the rails over their previous two matches, losing the north London derby to Arsenal and then remarkably exiting the Europa League at the hands of Dinamo Zagreb after claiming a 2-0 first-leg lead.

Their focus now - until the EFL Cup final, at least - is on European qualification through the league, and Jose Mourinho's men did their hopes no harm at Villa Park.

While the visitors were still far from convincing, Carlos Vinicius' first Premier League goal and a Harry Kane penalty took Tottenham sixth, within three points of the top four.

30 - Harry Kane has been directly involved in 30 goals in the Premier League this season (17 goals, 13 assists), while only Robert Lewandowski (41) has scored or assisted more across the top five European leagues in 2020-21. Phenomenal. pic.twitter.com/f1AIWZ08oi

Spurs came under pressure at the back until a defensive mix-up at the other end, exacerbated by a poor clearance from former Arsenal goalkeeper Emiliano Martinez, gifted Mourinho's under-fire side the opener.

Martinez's kick landed at the feet of Lucas Moura, who offloaded to Kane and ran onto a smart return pass in the area before squaring for Carlos Vinicius, who could not miss from in front of goal.

Kane saw a shot deflected wide at the start of the second half and Villa were slow to respond, eventually having their first attempt when Joe Rodon blocked from Trezeguet on 58 minutes.

Substitute Anwar El Ghazi's drive then flew wide, but the home team's improved spell was short-lived as Kane settled the game from 12 yards, converting a slightly fortuitous spot-kick after his mis-control invited a lunge from Matty Cash.

A third Tottenham goal appeared more likely than a Villa fightback and Martinez got down well to Pierre-Emile Hojbjerg's strike, saving face but no points.

What does it mean? Tottenham's season still alive

It would have been easy for Spurs fans to be defeatist this week, but they remain firmly in the hunt for Champions League qualification. Had they won at Arsenal last week, they would head into the international break in fourth place.

Mourinho will certainly hope to see more cohesive performances in the run-in - they completed only 76.8 per cent of their second-half passes - but the result alone mattered on Sunday.

Carlos Vinicius has scored more difficult goals for Tottenham this season, but his first in the league was a precious one.

Spurs supporters might wonder if his second appearance in the top-flight XI should have arrived sooner, having scored nine goals in nine starts from just 12 shots on target in all competitions.

Villa were poor all over the pitch, their attack not attempting a shot until close to the hour mark, but a shaky defence was especially susceptible down Cash's flank.

Lucas stole in ahead of the right-back to meet Martinez's scuffed kick for the breakthrough goal, before Villa's number two gave Kane a clinching penalty. Cash made five tackles but committed three fouls and was perhaps fortunate to only be booked for the last of them.

- Tottenham have become the third side to win six consecutive Premier League away games against Aston Villa, after Manchester United (2003-2007) and Liverpool (2011-2019).
- Villa are winless in four Premier League games (D2 L2), their longest such run of the season, with the Villans scoring just one goal in this winless stretch.
- Tottenham have won four of their last five Premier League games (L1), as many as their previous 15 league matches beforehand (W4 D4 L7).
- Villa failed to have a single shot in the opening 45 minutes against Spurs, the first time they failed to register an attempt in the first half of any home league game since April 2014 against Southampton.
- They have won just one of their six league games in which Jack Grealish has not featured (17% - D2 L3); this is compared to a 50% win rate in their 22 league matches with him in the side in 2020-21 (W11 D3 L8).
- Lucas Moura has assisted a goal in back-to-back Premier League appearances for the first time (97 apps), and the first time in any league since April 2017 in Ligue 1 for PSG.