Coveted Olympic berths are no longer at stake at AIBA World Boxing Championship, but the Indians will not be short of motivation when they step inside the ring to better a record which states four medals from 20 editions 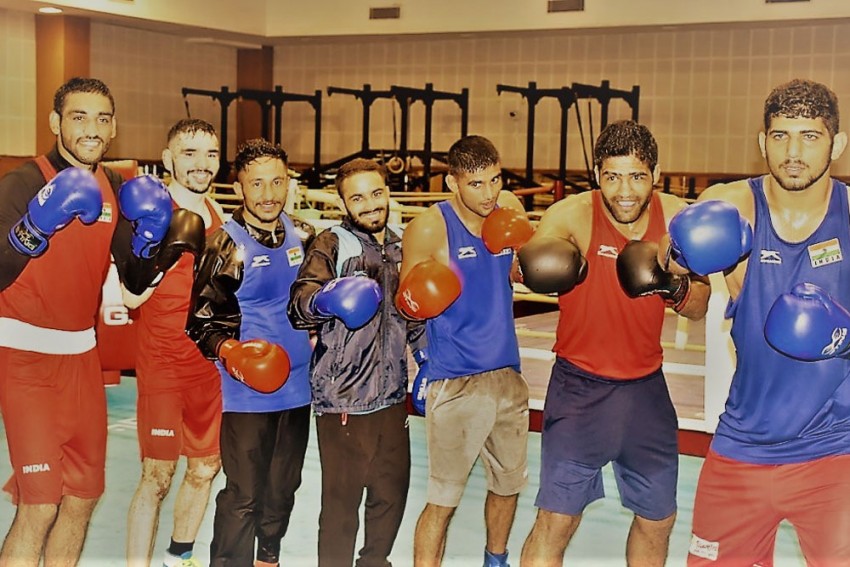 488 boxers from 89 countries will be vying for medals at this elite event.
PTI September 08, 2019 00:00 IST AIBA World Boxing Championship: Amit Panghal Seeded 2nd, Gets Bye Along With Three Other Indians 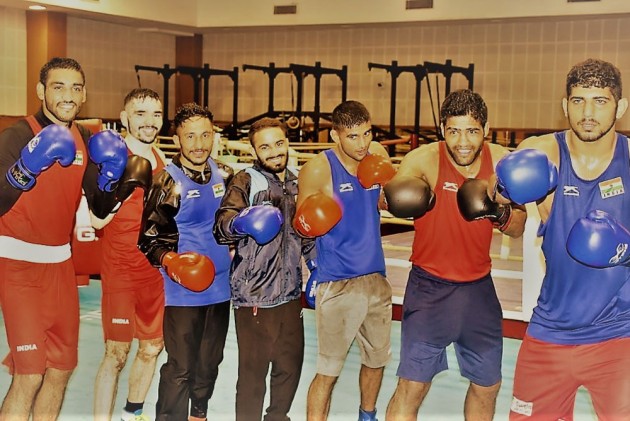 Asian champion Amit Panghal (52kg) was seeded second and got a bye into the pre-quarterfinals along with three others as Indian boxers aimed for a medal haul of more than a bronze in the men's World Boxing Championships, starting at Ekaterinburg (Russia) on Monday. (More Sports News)

Amit was joined in the last-16 by Asian silver-winning duo of Kavinder Singh Bisht (57kg and seeded 5th) and Ashish Kumar (75kg and seeded 7th) alongside two-time India Open medallist Sanjeet (91kg) after draws were unveiled on Sunday.

Of these, Ashish (seeded 7th) and Sanjeet are making their debut at the big event, while Panghal and Bisht had finished quarterfinalists in the 2017 Hamburg edition.

"We have got a decent draw and it is upto us to make it a good draw," Indian Boxing's High-Performance Director Santiago Nieva told PTI after the draw ceremony.

India will start their campaign on Tuesday with Brijesh Yadav (81kg) taking on Poland's Maleusz Goinski in his opening round bout.

The coveted Olympic berths are no longer at stake, but the Indians will not be short of motivation when they step inside the ring to better a record which states four medals from 20 editions.

Vijender Singh (2009), Vikas Krishan (2011), Shiva Thapa (2015) and Gaurav Bidhuri (2017) make the exclusive club which has experienced what it feels like to be on the podium at amateur boxing's marquee event. All these men ended with bronze medals.

"It is going to be tough. The aim is to improve on what we have done in the past. That's what we work for," Nieva said.

However, the event was stripped of Olympic qualifier status after the International Olympic Committee (IOC) lost patience with the long-standing administrative mess in the International Boxing Association (AIBA) and took control of the entire process, which will now start next year. With that status gone, the tournament has lost a bit of sheen.

Nevertheless, it is still likely to feature around 450 boxers from 87 countries in 400 fights spread across 12 days.

India's hopes will be majorly pinned on pint-sized dynamo Panghal. The reticent 23-year-old from Haryana has been on a roll for more than a year.

Besides being Asian champion, he is also an Asian Games gold-medallist. The Army-man came quite close to a world medal in his 2017 debut when he exhausted the then-defending champion Hasanboy Dusmatov in the quarterfinals but went down 2-3 in the 49kg category.

Panghal had his revenge in the Asian Games final where he outpunched Dusmatov for the gold and showed himself to be a serious contender for glory at the Worlds.

Then there is Bisht, an Air Force man, whose bloodied face after a brutal quarterfinal in 2017 is a disturbing but unforgettable image.

Like Panghal, Bisht too lost 2-3 in a fight that could have given him a sensational medal. He has improved considerably since then.

At the Asian Championships this year, he accounted for the reigning world champion Kairat Yeraliyev during his silver medal-winning run. And, he now has some unfinished business to take care of in the World Championship.

Veteran Satish Kumar (+91kg) is the only other Indian, apart from these two, who has the experience of competing at the Worlds. The former Asian Games bronze-medallist will try to ensure that ill-health does not ruin his campaign the way it did in 2017. He has American Richard Torrez to contend with in the first round.

The rest of the Indian line-up holds promise too. There is Manish Kaushik (63kg), the silver medallist from last year's Commonwealth Games. The Army-man has been in and out of the team, locked in a tough battle for the spot with Shiva Thapa

A medal here would help him cement the place. He will start against Kyrgyzstan's Argen Kadyrbek on September 12.

Sanjeet, also a Services boxer, is another dark horse. His fearless approach makes him an interesting boxer to watch out for and he could well outsmart a few here. His first opponent is Scotland's Scott Forest.

Ashish, who won a gold at Thailand Open this year, is also slowly rising into prominence in a category which has been owned by Vijender and Vikas in the past.