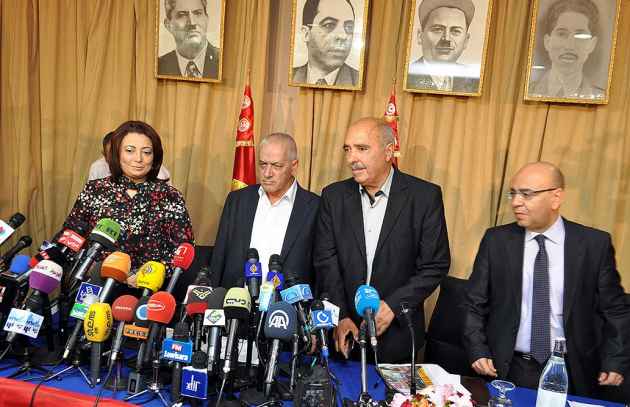 The Nobel Peace Prize for 2015 took all by surprise. The two-year-old Tunisian National Dialogue Quartet, a relatively obscure coalition of four well-known and time-tested civil society groups, won the prize for their role in successfully initiating a dialogue between the secular and Islamist elites of the country and consolidating the hard-earned gains of the Jasmine Revolution.

In contrast to the previous Arab winner of the prize for 2011, Tawakul Karman, a Yemeni Islamist woman activist of little consequence in her country, the Quartet has played an indisputably sterling role in Tunisian politics. Tawakul's choice for the honor was in fact comparable to that of the British writer Sir Ralph Norman Angell, who was conferred the Nobel in 1910, just before the First World War for his theory that the integration of European economies made militarism and war obsolete. The period between Tawakul's Nobel and the start of the civil war in Yemen was even shorter!

The Prize for the Quartet is, first and foremost, recognition of the role of civil society organisations in defending a nation from itself. Secondly, it is a mark of appreciation for Tunisia which took baby steps towards constitutional democracy in a region infamous for dictatorial tendencies. Thirdly, it is a mark of appreciation for the only successful experiment in sanguine dialogue in a culture defined by a complex web of sanguinary conflicts.

When other Arab Spring countries spiraled into bloody wars of civil, regional and even global dimensions that together claimed hundreds of thousands of lives, Tunisia remained an illustrious exception despite serious threats from terrorist attacks on the one hand and the stigma of having exported the largest number of foreign fighters to join the ranks of the Islamic State army in Syria and Iraq on the other. In a recent article, this writer tried to explain the historical reasons behind the tiny North African country's remarkable resilience in the face of great odds.

The Quarter was established in July 2013, bringing together four disparate civil society organisations which did not have a history of mutual cooperation or harmonious relations in the past - the Tunisian Confederation of Industry, Trade and Handicrafts (UTICA), the Tunisian Human Rights League, the National Bar Association and the General Labor Union (UGTT). The formation of the coalition itself was an act of peace-making. The immediate trigger for the coming together of these organisations was the assassination of Mohamed Brahmi, the Tunisian opposition leader. Six months prior to that, Chokri Belaid, a leftist leader, had also met with the same fate. The country was on the verge of an implosion, with the ruling Troika facing severe criticism for its failures and violence threatening to engulf vast stretches of Tunisia.

There was wide-spread panic among the people that the days of the military dictatorship would return barely two years after a revolution that had set off a wave of emancipatory politics across the Arab world. This is the context in which the UGTT, an organisation with a venerable legacy dating back to the struggle for independence, took the lead in bringing together like-minded groups to strive for national reconciliation. The efforts of the coalition pushed the country back on the path of democratisation, resulting in, first, the ratification of a first rate constitution, second, the institutionalisation of a culture of dialogue, and, finally, the largely peaceful and fair conduct of parliamentary and presidential elections in late 2014.

Although a substantial section of the ruling elite from the days of the dictatorship now returned to positions of power and influence, Tunisia has managed to avert the disastrous fate that enveloped other Arab Spring countries. This transformation has been made possible largely due to the dedicated efforts of the members of the Quartet. The four different constituents of the Quartet have now mostly gone their separate ways, but the spirit of national unity and democratic spirit that they cultivated remain intact.

The achievements of the Quartet in themselves may not appear all that great as the democracy that Tunisia put in place still remains fragile and vulnerable. The threats facing the Arab world's only democracy continue to loom large. The economy of Tunisia is in deep trouble. Unemployment is higher than ever before and the possibility of massive unrest erupting across the country once again cannot be ruled out. In spite of all these shortcomings, Tunisia's democratic accomplishment assumes significance because it happened against the backdrop of the turbulent socio-political environment in the Middle East and North Africa region, especially the violent chaos in Libya with two rival governments at the helm.

However, the signs of another implosion are already on the horizons. The new government is dealing with political dissent in ways that are reminiscent of the dictatorial past. The negotiations with international finance institutions are proceeding in the direction of accumulating unreasonable debts and eroding sovereignty. The use of Tunisia as a safe launch pad for counter terrorism operations will breed massive resentment. The 'Economic Reconciliation Law', a new bill initiated by the President for providing amnesty to the plunderers of the pre-revolution era, has already infuriated large sections of the population.

If Tunisia shows the mettle to manage these myriad troubles without alienating large sections of the people, the Nobel Peace Prize for the National Dialogue Quartet will prove a wise decision. If not, it will not take much time for it to join the ranks of its numerous neighbors who fight bloody wars in which the killers and the killed both genuinely believe they are serving the cause of Allah.