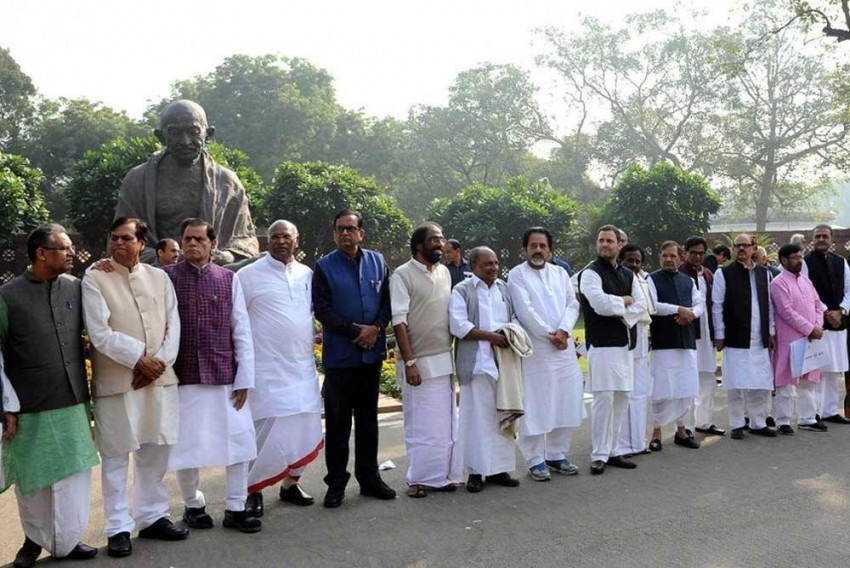 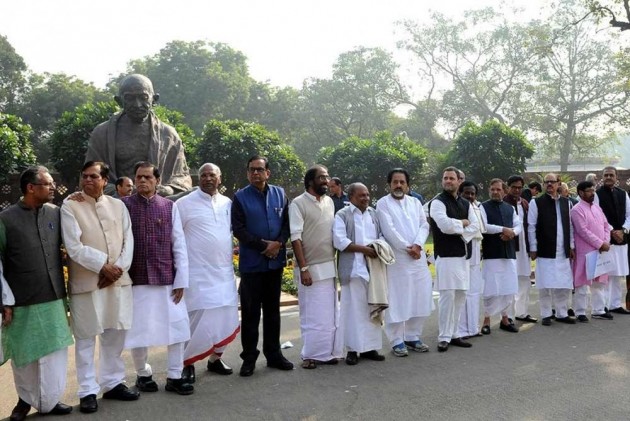 Modi was part of the House Proceedings in the first half but didn’t return after the lunch break.

Deputy Chairman of Rajya Sabha P.J. Kurien termed the opposition’s demand for PM’s presence in the House post lunch as “unfair” and adjourned the House till 3 PM.

Kurien said: “How can the opposition demand that the PM be present in the House all the time.”

Parliament did not function in the past one week as the Opposition disrupted both the houses demanding a statement from Modi on the demonitisation move.

On November 16, the first day of the winter session, discussion on demonetisation was taken up in the Rajya Sabha for around five-and-half hours and 11 MPs participated in the debate.  Of the 30 hours in Lok Sabha, according to non-profit organization PRS Legislative Research, the house has worked only 3.5 hours till Tuesday. Similarly, the Rajya Sabha too functioned only for 8.5 hours of the scheduled 29.5 hours. In total, Lok Sabha functioned for only 12% and the Rajya Sabha only 10% of the scheduled time till Tuesday.

During the first half of the debate, former Prime Minister Manmohan Singh castigated the government and the Prime Minister over demonetization, saying its implementation was a "monumental management failure" and a case of "organised loot and legalised plunder."

Singh, who spoke in the presence of Prime Minister Narendra Modi in Rajya Sabha, said the decision will result in decline of GDP by 2 per cent, it being an "under-estimate".

He hoped the Prime Minister will find a practical and pragmatic decision to mitigate the sufferings of the common man and the poor who have been in distress after the decision.

He said agriculture, unorganised sectors and small industry has also been hit hard by it and people were losing faith in the currency and banking system.

"These measures convinced me that the way the scheme has been implemented, it's a monumental management failure. And in fact, it is a case of organised loot and legalised plunder," said the former PM.

"It is not my intention to pick holes what this side or other side does. But I sincerely hope that the PM even in this late hour will help find us practical and pragmatic ways to provide relief to the suffering of the people of this country," he said in the Rajya Sabha as the debate on the issue resumed after Modi came into the House.

Earlier, Leader of Opposition Ghulam Nabi Azad requested Chairman Hamid Ansari and Leader of the House Arun Jaitley that the Question Hour should not be taken up as the Prime Minister was present in the House and the debate be taken up.

Azad's request was readily accepted by the government with Jaitley saying that the debate should start immediately and Modi will certainly participate in it.

Participating in the resumed debate, Singh said it is important to take note of the grievances of the ordinary people who have suffered as a result of this imposition on the country "overnight" by the Prime Minister.

"My own feeling is that the national income, that is the GDP of the country, can decline by about 2 percentage points as a result of what has been done. This is an under-estimate and not an over-estimate.

"Therefore, I feel the Prime Minister must come with some constructive proposal on how we can implement the scheme and at the same time prevent the distrust that has been caused to the common people," Singh said.

Lessons In Torture: Vellore Medicos Tie Monkey's Arms, Club It, Put Rod Into Its Anus And Bury It