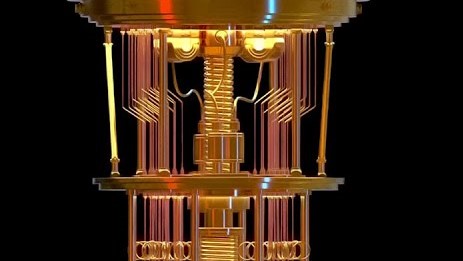 Quantum Supremacy is not a term describing hegemony in the field of quantum physics. Quantum Supremacy stands for the theoretical case where quantum computers are believed to be able to quickly solve certain problems that no classical computer could solve in any feasible amount of time. It does sound very interesting, but the question that races to anyone’s mind is what is a quantum computer?

Quantum computing is the field of computing which leverages the collective properties of quantum states to perform computation. This is based on a branch of physics called Quantum mechanics, where a particle can be in multiple states at the same time, and it explains the aspects of nature at small (atomic and subatomic) scales, for which classical mechanics is insufficient.

And that is the reason that the Indian government promised Rs 8,000 crore in the Union Budget announced in February 2020, for setting up of a National Mission on Quantum Technologies & Applications (NM-QTA). And that is also the reason that I have brought focus to this technology, after covering Supersonic Transport Aircrafts and Artificial meat in the previous articles, as technologies that India can ill-afford to miss.

To be clear, quantum computing still has a long way to go and has many technological challenges. Many had predicted an early ushering of mainstream quantum computing, only to be left red-faced. Among them, Google was the first to announce in 2017 that it expected quantum supremacy to happen by the end of that year. It did not happen. In 2018, IBM said that the best classical computers will be beaten on some practical task, within about five years. It did not happen. There are a number of technical challenges in building a large-scale quantum computer. In addition, sourcing parts for quantum computers is challenging. Many quantum computers, like the ones made by IBM and Google require Helium-3, which industrially can be made only through nuclear reactions. Also, the special superconducting cables are made only by a Japanese company, Coax Co, thus creating severe vendor dependency and perhaps vendor lock-in.

In October 2019, a Sycamore processor (a Google quantum processor) created in conjunction with Google AI Quantum was reported to have achieved quantum supremacy, with calculations more than 3,000,000 times as fast as those of Summit, an IBM supercomputer that is currently one of the fastest supercomputers in the world. By December 2020, even Chinese universities were reportedly having success in quantum computing.

But that still does not imply that it will lead to a multi-billion dollar industry and lead to new jobs getting created, unlike Supersonic Transport Aircrafts and Artificial meat. So why should India spend its scarce resources in quantum computing? It is because, quantum computing will have an extremely profound impact on the world, on how we live and interact and do business and banking and communication. It would make all current banking encryption useless, the day it achieves demonstrable quantum supremacy. It would entail reworking of our cybersecurity systems and frameworks. It would have a deep impact on the cybersecurity of not just banks but of entire nations. Nations that do not possess quantum computing technology, will become extremely vulnerable. India cannot be caught in such a situation.

The economic upsides of quantum computing are also very significant. India already has small pockets of expertise that are developing algorithms for quantum computing. And as India gets around to spend the Rs 8,000 crore of its budgeted money, it must have clear achievable goals so that the money is not frittered away without any outcomes. Also, to be clear, as I have written many times before, technology is not a patent created or bought, neither is it a set of techniques written down in a book. It is a team of humans who are actually working on the technology and improving on it on a daily basis. And hence, a significant amount from that Rs 8,000 crore needs to be spent to create the human resources that can absorb and develop quantum computing. No wonder the Japanese had the yardstick of spending USD 10 dollars on technology assimilation for every dollar of technology procured. India needs to change its mechanisms for technology acquisition.

It brings us back to what I have been harping in almost all my articles – India desperately needs an empowered body for Technology Acquisition from a national perspective. Otherwise, our efforts will be splintered into multiple bodies and groups, which may even work at cross-purposes, to the detriment of the nation. To achieve supremacy in quantum computing and other technologies, India must develop the required institutional structures.