Home  »  Website  »  National  » Opinion  »  Gilgamesh: A Tale Of Love, Death And Immortality
Waking Up The Dead 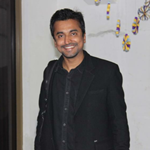 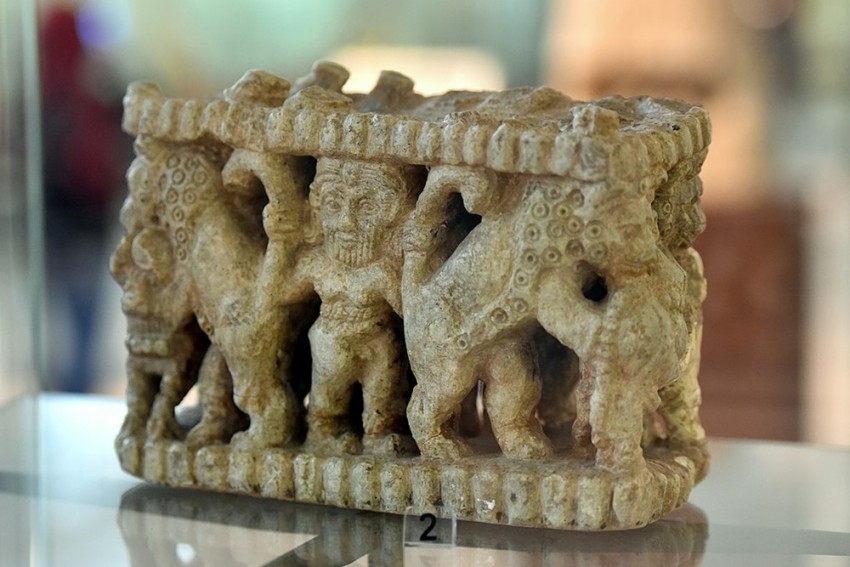 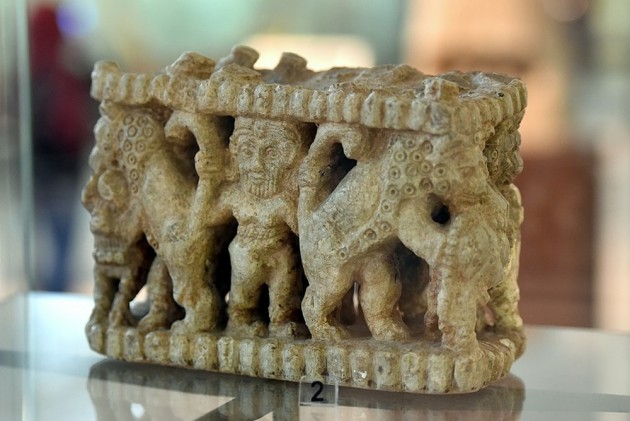 ‘Gilgamesh,’ said the renowned German poet Rainer Maria Rilke in 1916, ‘is stupendous’. The great Babylonian epic inspired Rilke so much that he enthusiastically repeated the story to everyone he met. But for him, it was first and foremost a poem about the fear of death. Death and quest for immortality have fascinated poets and storytellers for centuries. They lie at the heart of this ancient work. Composed nearly four millennia ago in Mesopotamia (roughly equivalent to modern Iraq and Syria), The Epic of Gilgamesh is one of the world’s oldest written poems. Here I will explore three major aspects of the poem: the narrative of the epic itself; the story of its loss and erasure from public memory for some two thousand years; and finally its retrieval in the 19th century.

The poem tells the tale of King Gilgamesh, whose mother is a cow, the clever goddess Ninsun. He rules the city-state of Uruk. Gods, according to Babylonian mythology, sent the seven sages to build the Mesopotamian civilization. These sages, as mentioned in the poem, founded the city of Uruk. This may remind Indian readers of the concept of Saptarishi.

Gilgamesh is a great warrior but he intimidates the people of Uruk, capturing and violating brides on their wedding nights. As his tyranny becomes unbearable, the women complain to the gods who disapprove of his actions. They create a wild man called Enkidu to restrain him. The poem carries a strong political message, a warning for tyrants.

The mighty Enkidu is covered in hair and eats grass with the gazelles. A hunter spots him and reports this to Gilgamesh. The king orders a beautiful harlot Shamhat to tame Enkidu. She seduces him and after six days and seven nights of love-making, he is turned from a beast into a man. Love is the civilising force that makes him fully human. She teaches him how to eat bread and drink ale and dress like men.

Meanwhile, a passer-by tells him how Gilgamesh seizes and violates brides in Uruk. Enraged, he enters the city and wrestles with the king but they turn out to be equal in strength and eventually decide to become friends. In pursuit of eternal fame and glory, together they now go to the cedar forest near Lebanon and kill Humbaba, the guardian and protector of the jungle. This infuriates the gods who had appointed Humbaba to guard the forest. The friends cut down the magnificent cedar trees for timber, which was difficult to come by in an already deforested Mesopotamia. The implied environmental concerns of the text may strike a sympathetic chord with modern readers.

While Gilgamesh is bathing after the fight, a goddess falls in love with him and proposes marriage but he turns her down. She feels slighted and requests her father to send the bull of heaven to kill him. However, in the ensuing battle, Enkidu and Gilgamesh kill the bull. These audacious acts of defiance provoke the gods even more, and they sentence Enkidu to death. Gilgamesh weeps bitterly as his friend’s death makes him aware of his own mortality. Fearing death, he sets off to discover the secret of eternal life from his forefather, the immortal man Utnapishtim, who had built a boat and survived the great flood. This is strikingly similar to the story of the Biblical Noah. It may also remind Indian readers of Manu surviving jal pralaya along with his wife Shatrupa and the Saptarishi.

Gilgamesh crosses the waters of death and meets his ancestor who tests his strength and asks him to live without sleep for a week. He fails the test miserably realising that if he cannot defeat sleep how can he even think of conquering death. Utnapishtim reminds him of the duties of the king and inevitability of death because Gilgamesh has so far done everything that a king shouldn’t do.

The tyrant is eventually humbled and learns what it means to become human. He returns to his city and gets all his experiences written on a stone. Unlike Homeric epics, which are products of oral culture, The Epic of Gilgamesh, refers to writing and discusses how the experiences of the king were written down. This makes the king the author of his own story. Martin Puchner, professor of English and Comparative Literature at Harvard, therefore, calls Gilgamesh the ‘writer-king’ in his book The Written World (2017). Perhaps, among the ancient texts, only the Mahabharata contains such overt references to writing.

No one knows who wrote the story of Gilgamesh. However, one knows that it was written in Akkadian and Sumerian, languages used by the people of lower Mesopotamia, where writing had been invented some 5, 000 years ago. Scribes wrote it on clay tablets in cuneiform script, using wedge-shaped letters. The new technique of writing evoked wonder. There is a story about a king of Uruk who came up with the idea of sending a threatening message to a rival king on clay tablets. It was no less than a miracle for the king to see the written message in the form of incomprehensible signs. This ‘speaking clay’ impressed him so much that he declared his allegiance to the opponent. Writing became key to power. It is not surprising, therefore, that Babylonians had a separate god of writing called Nabu whose symbols were the stylus and the clay tablet.

In the seventh century BC, hundreds of years after the story of Gilgamesh was first written down, it found a new admirer in a wise and powerful king Ashurbanipal. He gave so much importance to writing that he claimed that his true father was Nabu. The king hired several scribes to copy the ancient text on a dozen clay tablets and preserved them in his great library. Ashurbanipal’s death led to his empire’s destruction and gradually The Epic of Gilgamesh was forgotten, his library burnt. The tablets remained buried under the ruins for two thousand years, as fire cannot destroy clay.

In 1845, Austen Henry Layard, an Englishman on his way to Ceylon, discovered parts of these clay tablets and unearthed an entire city of clay. But no one knew how to read it. It was George Smith who deciphered it first in 1872 while working in the British Museum. On realizing that he was the first man to read the fragment dealing with the story of the great flood after centuries of oblivion, he was so excited that he ran in the room and began to undress himself.

The Epic of Gilgamesh has been a work in progress ever since, an epic in the making, because the text continues to change and expand with each new findings. The broken tablets excavated from various sites have been preserved in museums and libraries located in Baghdad, Oxford, Berlin, Paris, London and other places. It may take years before we get to have a complete version of the epic but this ancient text characterised by an emphasis on human values and acknowledgement of human limitations will continue to appeal to modern readers. Each time a pandemic or a calamity strikes us, we painfully realise our fragility more than ever in the face of nature’s fury.

(Lalit Kumar is a translator and columnist. Currently, he teaches English at Deen Dayal Upadhyaya College, University of Delhi). (Views expressed are personal.)