Can The Bird Fly To A Safe Harbour?

Is the government justified in not treating Twitter as an intermediary and hence taking away its safe harbour protection? It requires a full understanding of the context. 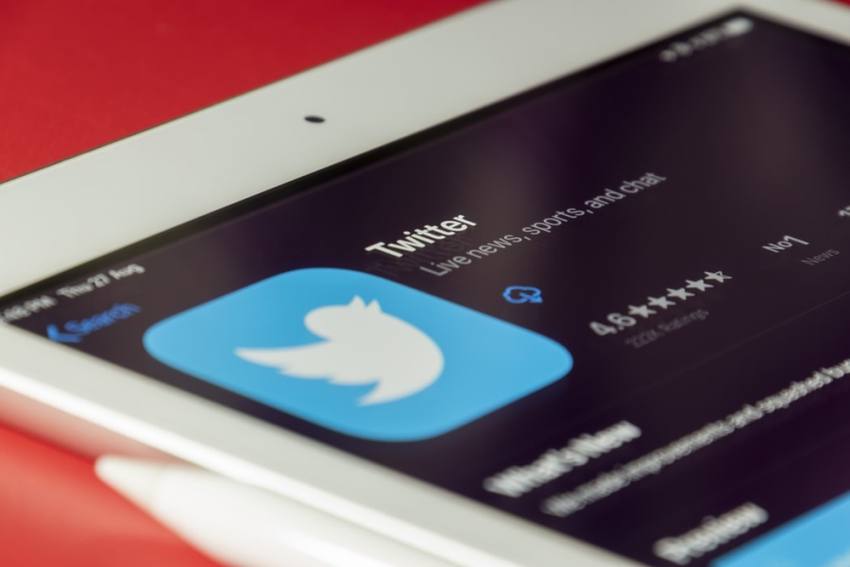 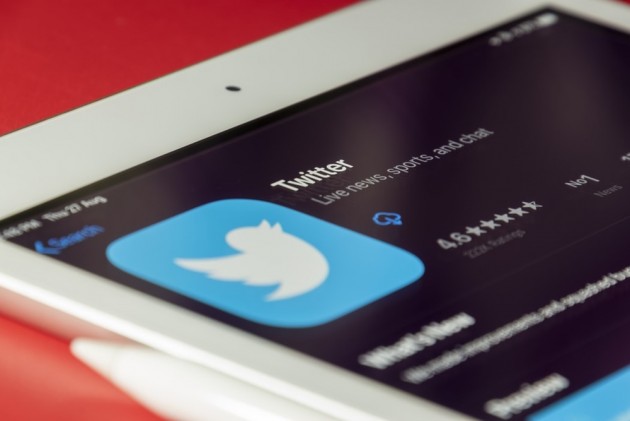 There has recently been an explosion of debate on whether the government is right in taking away the safe harbour of Twitter. Few weeks before the government came out with the above stance, I had written an article in this column titled “Twitter – The Judge, The Jury And The Executioner “, where I had argued in detail that Twitter cannot be considered to be an intermediary anymore, and will hence lose its safe harbour protection. The current debate has generally centered around the accusation that the government, in the garb of protecting the society, is stifling free speech and is becoming ever increasingly autocratic. That the government, by regulating social media and denying them a safe harbour, is playing a deadening hand that will quell all dissent and plummets the country into a dark chaotic abyss, which will be the end of democracy as we see it.

To understand if the above prognosis is true or fictional, we would need to understand the issue of the safe harbour, and the Intermediary rules of April 11, 2011, as the two are intertwined. A safe harbour regulatory provision essentially provides legal protection to entities from the financial implications or any other implications arising out of harm that their operations may cause to the people or the society. For example, as part of the nuclear deal with the USA, the USA government wanted a safe harbour for their nuclear plants in India, lest one of them malfunctions in the manner the Chernobyl nuclear reactor in Russia malfunctioned or the Long Island nuclear reactor in the USA malfunctioned. In such scenarios, the US Nuclear reactor company would not be held liable for the outcome. Similarly, foreign vaccine makers for the Wuhan virus have also been clamoring for a safe harbour, in case their vaccines cause large-scale damage. Without such a safe harbour, these industries believe that it is impossible for them to operate, given the crippling financial implications, in case their operations lead to large-scale damage.

Has such large-scale damage happened in India due to corporate activities? Yes, we have been the victims of the Bhopal Gas tragedy by Union Carbide, wherein thousands of innocent civilians perished because of abject negligence by the company. In addition, they ended up paying nothing to India and to the millions of people whose lives they destroyed.

Therefore, granting a safe harbour to the industry is always a very well thought-out exercise. If safe harbour protection is provided to an industry, it may lead to lax operations of the corporate players in that industry, leading to considerable damage to life and property.

Now the question arises, as to what possible harm can a social media entity cause, that I am comparing it to the Bhopal gas tragedy and nuclear reactor malfunctioning? Why do social media entities require a safe harbour? In India, the issue goes back to 2004 when my friend from my hostel days at IIT Kanpur, Avnish Bajaj, was sent to prison after he came back to India after completing his MBA from Harvard University. What was his crime? His “crime” was that he had set up a digital platform called Bazee.com, where sellers and buyers could freely buy and sell goods, pretty much as one does in physical markets across the country. The only difference was that the sellers and buyers were connecting digitally and not physically. And on this digital market, someone had put up CDs with pornographic material for sale. Avnish Bajaj was held responsible for this sale, as it was his market. Now clearly, one can never run a digital marketplace, or for that matter any marketplace, where one is criminally liable for every material being sold in that marketplace, as it is impossible to keep track of everything that every seller is selling.

Under such circumstances, if the digital marketplace is not provided with protection, i.e. a safe harbour, then it would be impossible to create digital marketplaces like the one that Avnish Bajaj created. The incident led to the eventual formation of the Intermediaries rule that was notified on April 11, 2011. What an intermediary means is a digital entity that only provides a platform, such as the Bazee.com platform of Avnish Bajaj, and has no control over the goods and services or messages or any other activity happening over the platform. Thus, if a platform allows millions of messages to be exchanged on its platform, such as Twitter, the platform must get safe harbour protection, as it can never be able to filter all these messages and be able to curate them. Hence if some messages lead to riots or social instability, the social media platforms such as Twitter, should not be held responsible.

However, with apologies to Spiderman, with great protection comes great responsibility. The Intermediary rules laid out the responsibilities of a digital platform for them to claim safe harbour, so that there is no laxity on their part that could lead to a digital equivalent of the Bhopal Gas tragedy. Some of the key responsibilities include actively desisting its users from transmitting grossly harmful content, harassing, blasphemous defamatory, obscene, pornographic, paedophilic, libelous, invasive of another's privacy, hateful, or racially, ethnically objectionable, disparaging, or otherwise unlawful in any manner whatever,  or threatens the unity, integrity, defence, security or sovereignty of India, or public order or causes incitement to the commission of any cognizable offence or prevents investigation of any offence or is insulting to any other nation. In addition, the intermediary shall not knowingly host or publish any information or shall not initiate the transmission, select the receiver of the transmission, and select or modify the information contained in the transmission.

The rules also mandate the intermediary to publish on its website the name of the Grievance Officer and her contact details as well as the mechanism by which users or any victim of the social media service can get redressal.

I will not touch open the further modifications to the rules that came out this year, as the 2011 rules are sufficient to understand why Twitter can no longer be treated as an intermediary, and hence becomes liable for all messages on its platform.

Twitter has been censoring messages on its platform, has been deleting tweets, removing the blue ticks on people which are supposed to indicate that the handles of those people are genuine, apparently doing investigations on messages posted by politicians and then declaring those messages to be manipulative on their platform, without sharing the investigations with the law enforcers of the country, thus stopping the law of the land from taking its course, and then flatly refusing to remove a fake video that seeks to create communal disharmony in the country and lead to law and order issues. In addition, till date, Twitter has not appointed a Grievance Redressal officer who is in their roles. This is indeed a long list of non-compliance by Twitter, and we have not even scratched the top of the list of violations by Twitter. Twitter has ended up doing almost everything that an intermediary is not supposed to do. Despite that, the Government has shown uncharacteristic restraint by not taking away the intermediary status of Twitter, till the previous week. The government was trying to get Twitter to comply, assuming it was an oversight by Twitter. However, Twitter’s response made it clear that Twitter was deliberately defying the government.

On top of it, Twitter sent out communications that the government is threatening its employees, as the Compliance officer needed to be appointed, will be liable to be arrested for wrongdoing by the company. There is nothing new in such a regulation. The world over, the top executive of every company is liable to be arrested for the wrong-doings of the company. However, in India Twitter indulged in a game wherein its India entity would claim that they are a different company, focussed on only sales, while the Twitter platform in India is being run by Twitter USA, and hence Twitter India CEO cannot be held liable for any wrong-doing of the Twitter platform in India. To plug this gap, the Indian government brought in new rules that would force Twitter USA to appoint and depute a local representative, who is on Twitter USA’s rolls, so that the person can be held liable for the wrong-doing of the company, in alignment with such regulations globally. This appointment has still not happened. The compliance officer appointed by Twitter is not on the rolls of Twitter USA, defeating the purpose of the appointment.

In addition, Twitter has continued to spread misinformation about the intent of the government, accusing the government of trying to stifle free speech. How can requests to stop the circulation of fake videos that can cause communal disharmony and potential riots, be seen as an assault on free speech? Such large-scale messaging is nothing short of weaponization of speech. What is even more curious is why Twitter has not taken off the video, despite the government’s request and the social media outrage on that video, whereas Twitter had shown great alacrity in labeling a tweet of a national politician, Sambit Patra, as being manipulative. And if they found a tweet to be manipulative, the investigations done around that should have been shared with the police so that the law of the land can take its course. However, till date, not even a shred of that investigation has been shared with the police.

Under such circumstances, it would be irresponsible of the government to continue to provide safe harbour protection to Twitter, wherein Twitter is not just a platform, but an active curator of the messages on their platform. Twitter cannot intervene and change the context of messages by labeling some as manipulative and ignoring others (which would imply that the other messages that are not labeled as manipulative are indeed not manipulative and that they have been checked by Twitter). Twitter ceases to be an intermediary, the day they suo moto intervened with messages and actors on their platform.

The bird that tweets, cannot fly to a safe harbour.