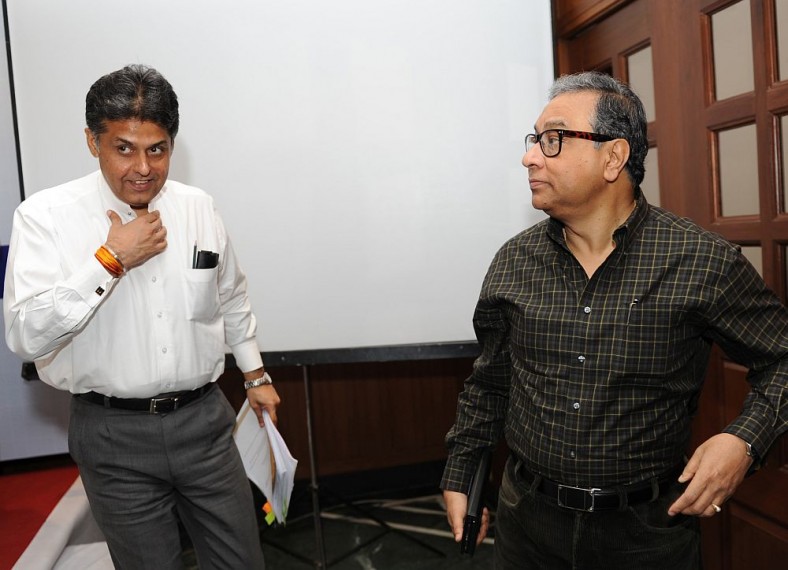 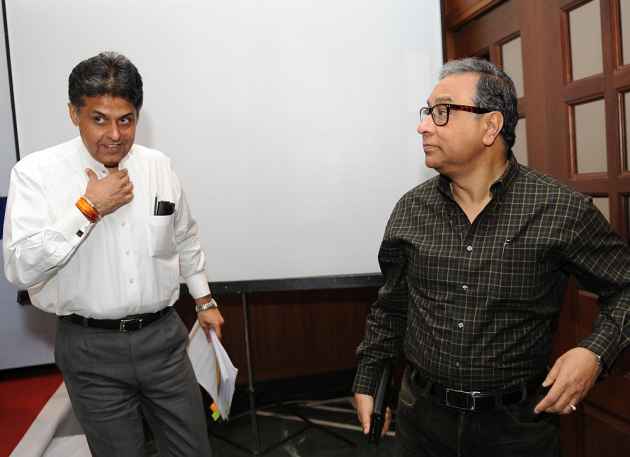 In the brief history of Prasar Bharati (PB), the autonomous-in-name corporation that runs the media behemoths Doordarshan and All India Radio (AIR), few of its Chief Executive Officers (CEOs) have locked horns with the Information & Broadcasting (I&B) minister of the day. After all, the I&B ministry writes the pay-cheque for PB’s 20,000-odd employees and loses no opportunity to drum home the fact that the DD-AIR wage bill accounts for 86% of its budget.

However, the current CEO, Jawhar Sircar, it seems, has found the guts and gumption to catch the raging I&B bull by the horns. The former IAS officer who maintains an account on Twitter (@jawharsircar) gave an inkling of the bureaucratic undercurrents at play when he mysteriously tweeted a few days ago:

Working in Prasar Bharati & trying to reform and modernise Doordarshan & Akashvani are enough to get one depressed! Really.

Now, Sircar has shot off an angry, no-holds-barred letter to the minister of state for I&B, Manish Tewari, in which he speaks of the “intense pressures”, “pin-pricks”, “haul-ups”, and “insulting letters”, at once “humiliating” and “demeaning, that he and his colleagues at Prasar Bharati were being subjected to by babus in Tewari’s ministry, as the Congress-led UPA seeks to tighten its grip on what every ruling party considers its family property despite vaunted promises of autonomy.

A fragile “modus vivendi” even in the best of times, push came to shove between the PB head and the I&B minister over Prasar Bharati’s plans to revive the moribund Doordarshan channels in four states in the Hindi belt: Uttar Pradesh, Bihar, Madhya Pradesh and Rajasthan. Sircar and PB chairperson Mrinal Pande were “summoned” to the I&B ministry and “grilled” on the legitimacy of the “ramp-up”.

With 1,163 employees in the four DD centres in those states, producing barely 10 hours of programming per day and bleeding tax-payers over Rs 65 crore per annum, Sircar in his letter argues that Prasar Bharati was well within its rights to embark on the revamp. “We clearly believe that what we did by way of ramping up should, indeed, have been in the past 21 to 38 years since these four channels were  set up by the I&B ministry,” Sircar curtly reminds Tewari in the letter, copies of the letter have been sent to 11 board members of the Prasar Bharati corporation.

“For the period before 2003, history would hold the I&B ministry responsible for the pitiable performance as DD was handled directly by the I&B ministry or through its own directors-general who doubled up as CEOs.” For the benefit of Tewari, who graduated from Congress spokesman to minister of state earlier this year, Sircar also helpfully reminds him of his predecessor Jaipal Reddy’s 1999 statement on the floor of the Lok Sabha: “In no advanced country in the world do we have any ministry called the I&B ministry.”

Sircar’s beef extends beyond minister Tewari to the bureaucrats doing his bidding, in particular I&B additional secretary J.S. Mathur and I&B joint secretary Abha Shukla, whom he accuses of of “half-baked understanding of Prasar Bharati”.

“All sorts of detailed papers, internal notings and other correspondence are sought from our officers directly by Ministry. We are an operational body, headed by yours truly, who has completed 3 ½ years as secretary to the Government of India, and the next 1 ½ years in a rank equal to that of the secretary: but with problems that are more complex and troublesome. To be subjected to questionable queries, based on half-baked presumptions, is indeed demeaning for me.”

While the revamp of the four DD channels is the immediate provocation for Sircar’s letter to Tewari, sources say that the relationship between the two had been steadily drifting for a while, especially over what sources said was the minister’s purported “micromanagement” of the DD news channel.

Prasar Bharati sources say the minister and the ministry’s interference began even as the idea to create a dedicated newsband on DD News took shape early this year. An order issued by Sircar promising functional autonomy was reversed by the ministry. Sources in the Prasar Bharti Board said member personnel V.A.M. Hussain was summoned by the ministry in the absence of the CEO and made to issue an order, empowering the director general of DD (a government appointee and beholden to the I&B ministry) to dictate terms to DD News.

This led to much heartburn and also saw one of the newly recruited anchors Ajai Shukla to quit in a huff. “We had expected assistance in some proportion to the number of meetings and directions given by you during the DD News, Newsnight exercise (from November 12 to March 13) but we gave up trying once the realities became clear to us,” Sircar writes. It is also learnt that Hussain was given just half an hour to re-issue a new order reversing Sircar’s orders. All of this was seen as intrusion into the affairs of an autonomous corporation.

Neither Sircar nor senior officials at Prasar Bharati were available for comment. But Sircar’s disappointment at life under the garrulous Tewari is summed up best in the following lines.

“In the last one year, we cannot remember a single positive support that Prasar Bharati has received and the constant refrain is that it eats 85 per cent of the Ministry, budget which is a major problem. Sir, we inherited the position: We did not create it. In fact the entire man power, unwieldy structure and large infrastructure of Prasar Bharti have all been built assiduously by the Ministry, over the decade: so why is Prasar Bharati being repeatedly pointed out to be the offender?”

But perhaps on a note of caution, Sircar writes,

“Prasar Bharati would not have reacted so strongly had it not been for the continuous pin-pricks, haul-ups, incessant probes/questions, perennial delays, insulting letter (that officers are encouraged to write to a senior colleague) and the general animosity that we have been facing for the last one year. We have not protested much in the spirit of tolerance, essential for a plural, parliamentary democracy. But this has to stop. Otherwise, the responsibility and restraint that go with power would not sink in.”