The placement of idols in Babri Masjid in 1949 and its demolition in 1992 was termed as 'clear violation of law' by the Supreme Court. 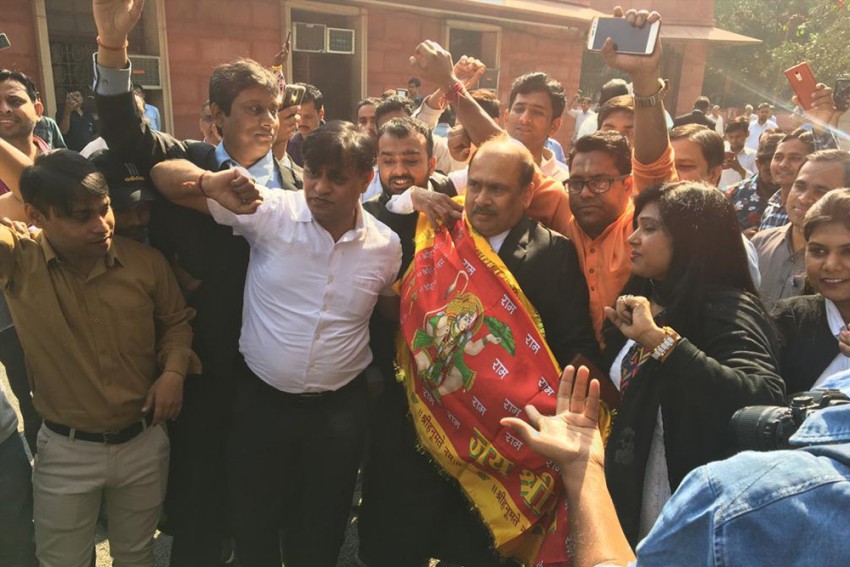 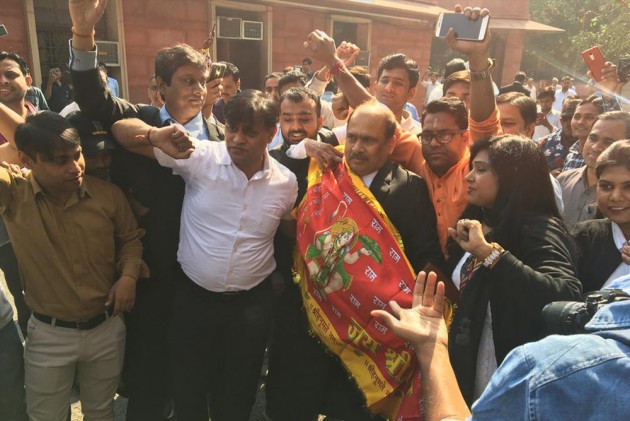 The Supreme Court, on Saturday, began reading out its judgment in the politically sensitive Ram Janmbhoomi-Babri Masjid land dispute case by asserting that faith and belief cannot be the grounds for deciding the title suit.

However, while concluding that the disputed land in Ayodhya belongs to the Hindus -- although the permission to construct the temple on the land has to be granted by the Centre through a trust to be set up within three months -- the court relied heavily on the community's faith.

The five-judge bench, comprising CJI Ranjan Gogoi, Justices S A Bobde, D Y Chandrachud, Ashok Bhushan and S Abdul Nazeer, said possession of the disputed 2.77-acre land rights will be handed over to the deity Ram Lalla (infant Lord Ram), who is one of the main litigants in the case.

The site was occupied by the 16th-century Babri mosque which was destroyed by Hindu kar sevaks on December 6, 1992.

The Supreme Court was categoric in its indictment of the demolition of Babri Masjid, terming it a "clear violation of the law" and said the injustice needs to be corrected. The correction by the court has come by way of ordering that the Sunni Waqf Board will be allowed 5 acres of land by the Centre and the state government at a yet unspecified location though it claims to the title of the site has not been upheld for want of indisputable facts - a prerequisite that strangely wasn't seen as a ground by the Court while granting the title to Ram Lalla.

The judgment in its spirit is somewhat different from the one pronounced by the Allahabad High Court in September 2010.

While the Allahabad HC judgment had trifurcated the land between Ram Lalla Virajman, the Sunni Waqf Board and Nirmohi Akhara, the Supreme Court judgment while bestowing the title on the Hindu party has ordered 5 acres of land to be given to the Sunni Waqf Board too while the third claimant, Nirmohi Akhara, whose claim to the title was barred by the top court on grounds of maintainability and limitation, has been given "adequate representation in the Trust".

With regard to the Muslim parties, there were conflicting claims to the title by the Shia Waqf Board and the Sunni Waqf Board. The Supreme Court unanimously rejected the Shia Board's claim.

The Court, in its 1045-page verdict, held that the Muslims had never ceased their possession to the land and ASI report failed to prove that an underlying structure, on which the Babri Masjid was built, could conclusively be called a Ram temple. However, the Court did assert that the underlying structure was not an Islamic one.

The judgment may not seem to be an ideal judicial closure to the centuries-old dispute, but it seeks reconciliation between the communities - an effort that the Allahabad High Court had been criticised for a decade ago.

The apex judiciary has now thrown the ball in the Hindu-right leaning Narendra Modi government's court to resolve predictable problems that may arise from the SC verdict. The Modi government, in effect, has three months to set up a Trust that will be required to find an amicable resolution to a dispute that the courts hadn't been able to resolve since 1885.

Going by the Union government and extended Sangh Parivar's open advocacy for a Ram Temple at Ayodhya, it isn't difficult to guess the speed with which Ram Lalla's right to have a Mandir dedicated to him will be executed into action. This even more so since the court has held the Hindu God to be the titleholder. A decision on the claims bound to be made by the Muslim party, may, however, not be as easy to arrive upon.

The Muslims will have to satisfy themselves with a substantial consolation though- that the criminality of the Babri demolition has been called out by the Supreme Court. The trial court still hearing the demolition case has to now hold those to account who razed the mosque - including BJP stalwarts LK Advani, MM Joshi, Uma Bharati and scores of Sangh Parivar members. That wait needs to end too.

(This is a preliminary analysis of the judgment. A detailed analysis will be updated once the full judgment is made available by the Supreme Court)